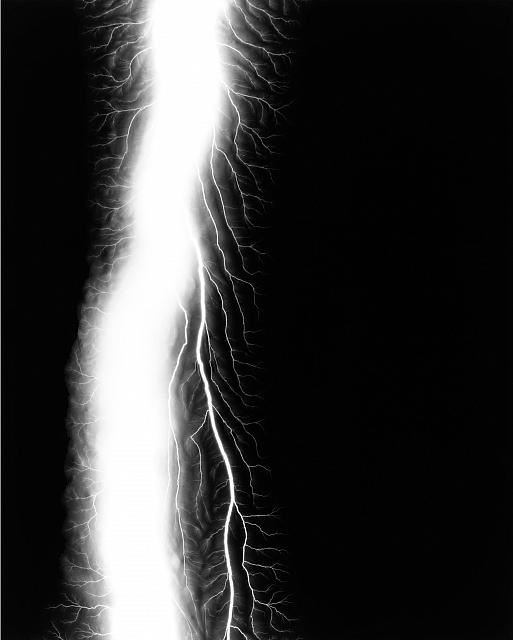 For the first time since announcing their representation of artist Hiroshi Sugimoto, Pace Gallery at West 22nd street presents an exhibition of the photographer and architect.  On view are two new 50-foot diptychs from his 2009-2010 “Lightning Field” series as well nine single “Lightning Field” photographs.   The middle gallery houses seven of the artist’s “Seascape” photographs from 1987-1996. 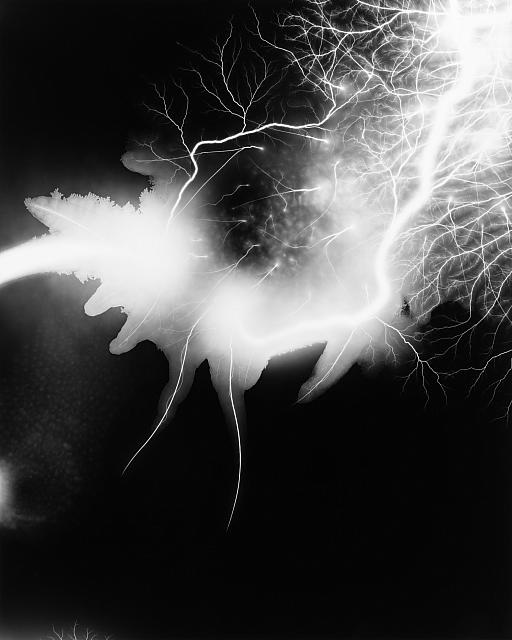 Sugimoto’s “Lightning Field” photographs are created in a darkroom using a Van de Graaff generator.  Each sheet of unexposed film is subjected to electrical charges which create sparks of light, marking the photographs with the artist’s signature organic patters. 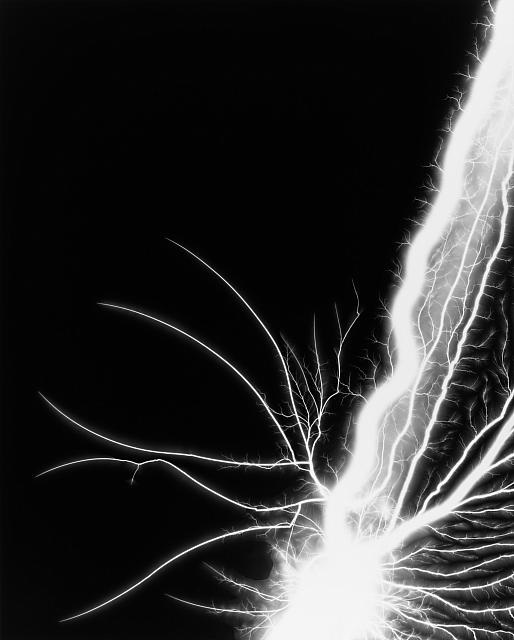 Sugimoto aided in curating the exhibition, which is divided into three main gallery spaces.  The artist explains: “I wish to simulate the history of the earth in three periods: first, a dark hot planet shrouded in thick clouds of gas, its primordial sea repeatedly struck by lightning and pelleted by tiny asteroids; second, a stable atmosphere and vast murky protobiotic waters; and third, the Paleozoic sea churning with biological phenomena.” 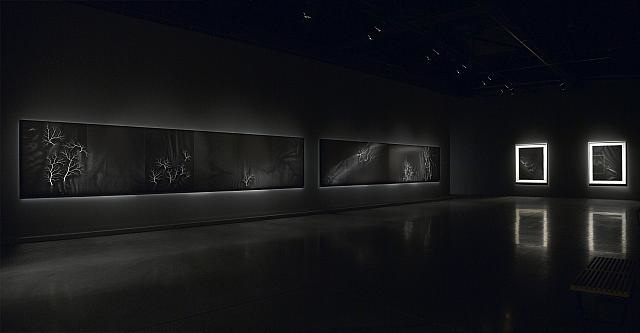 The first and third galleries feature Sugimoto’s 2009 Lightning Fields, nine single work and two diptychs.  These works are very much in line with the artist’s signature style and showcase his radical photographic techniques and elegant prints.  On display in the middle gallery are seven gelatin-silver prints from Sugimoto’s 1987–1996 Seascape series.  Another signature of the artist, these works are known for their equal proportions of water and sky and their lack of human presence.  The Seascapes on view range from the North Atlantic Ocean to the Sea of Japan. 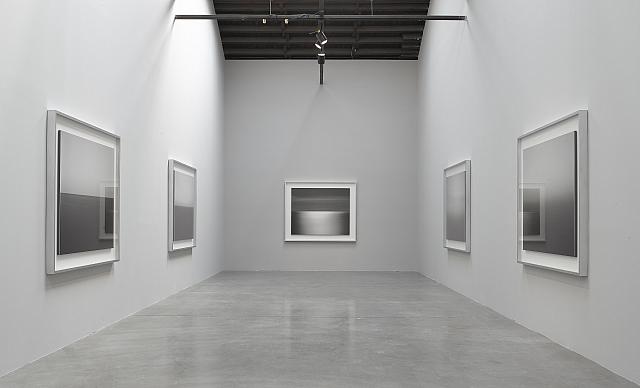 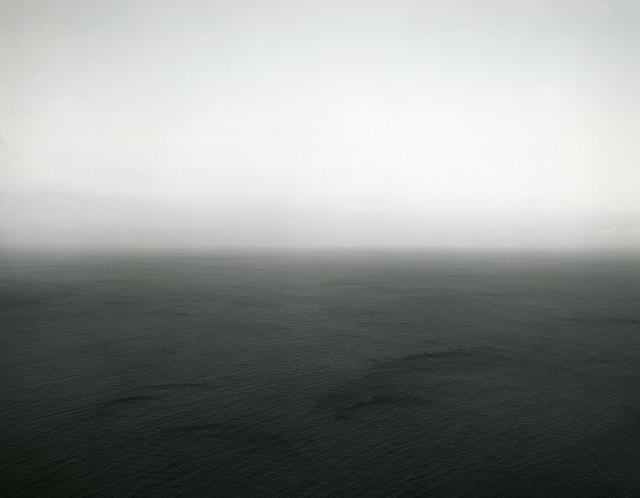 A statement issued by Pace describes The Day After as “the result of Sugimoto’s study of science, early photographic methods and his personal interest in the universe’s conception and the recording of time.”  This fascination is evident in the presence of fossils and meteorite’s on view in the galleries.

Central to Sugimoto’s work is the idea of photography as a time machine.  He understands the medium as a method of preserving and picturing memory and time and places an extraordinary value on the technical aspects of photography, printing his work with meticulous attention, as is evident in the richness of each elegant image. 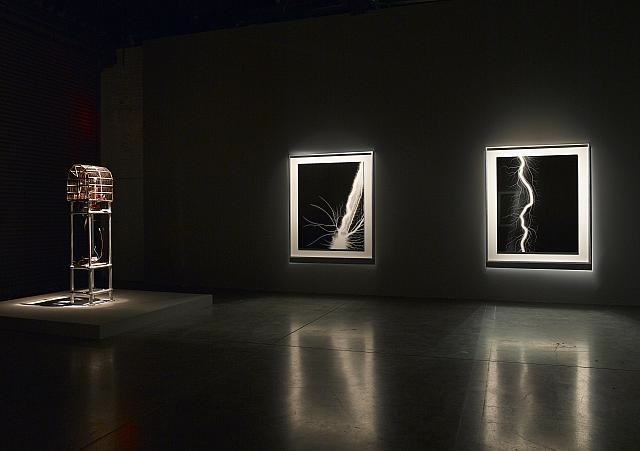 Sugimoto has had one-person exhibitions at the Metropolitan Museum of Art, New York; LAMoCA; Contemporary Arts Museum, Houston; MCA Chicago; and Hara Museum of Contemporary Art, Tokyo, among others and is a Guggenheim fellow.

This entry was posted on Wednesday, December 8th, 2010 at 7:48 pm and is filed under Go See. You can follow any responses to this entry through the RSS 2.0 feed. You can leave a response, or trackback from your own site.