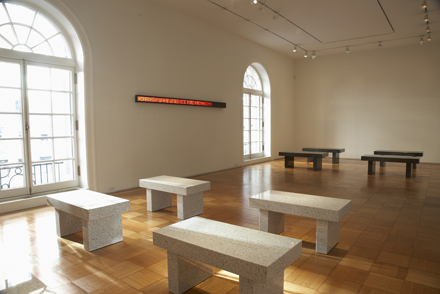 Currently on view at Skarstedt Gallery, through December 18th, is Retro, an exhibition of truisms by Jenny Holzer. The exhibition, which is comprised of benches, plaques, painted signs, electronic LED signs and a sarcophagus, covers a decade of Holzer’s oeuvre from the late 1970’s to the late 1980’s. It aims to reintroduce the diverse use of media comprising Holzer’s historically iconographic works, as well as explore the use of text and language throughout the artist’s early career. 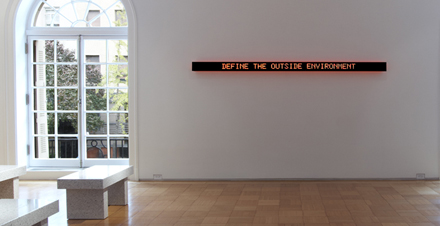 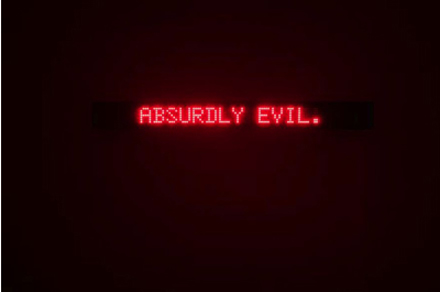 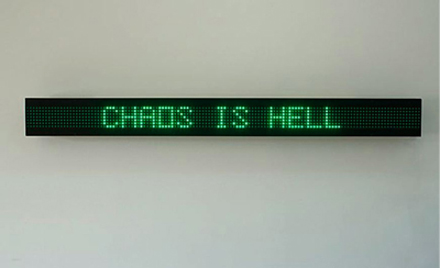 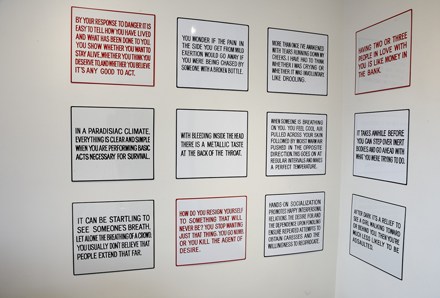 One of the installation vignettes in the exhibition is a moment when two series of black and white benches, Under a Rock and Living, coexist. The calm material of the benches belies their incendiary text. Another installation is composed of a set of five red granite benches from Holzer’s Survival series (1983-85). Installed in a circular formation, the benches reflect their original installation conceived for the rotunda of the Guggenheim in 1989. Etched with text from the Survival series, the benches declare slogans such as “THE BEGINNING OF WAR WILL BE SECRET.” 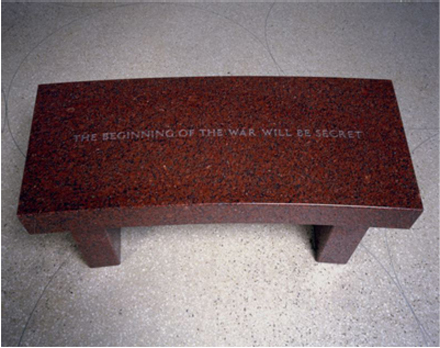 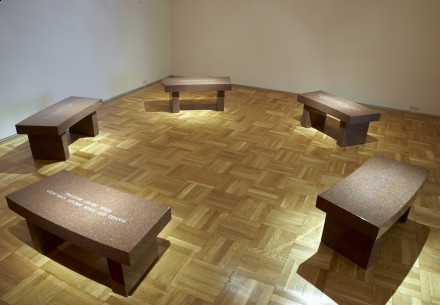 Jenny Holzer was born in Gallipolis, Ohio in 1950. She received a BFA from Ohio University in Athens as well as an MFA from the Rhode Island School of Design, Providence, Rhode Island. Thereafter, Holzer attended the Independent Study Program at the Whitney Museum of American Art, New York. Major exhibitions include the Neue Nationalgalerie, Berlin, (2001), Dia Foundation, New York, (1989) and the Solomon Guggenheim Museum, New York (1989). She was the first woman to represent the United States with a solo exhibition in the Venice Biennale (1990) where she was awarded the Leone d’Oro. Jenny Holzer lives and works in Hoosick, New York. 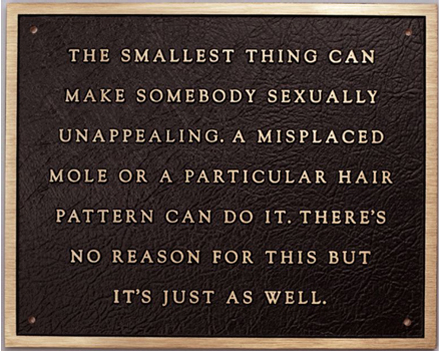 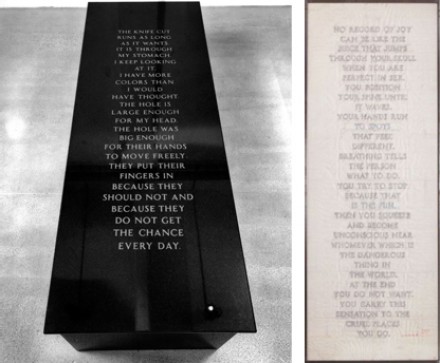 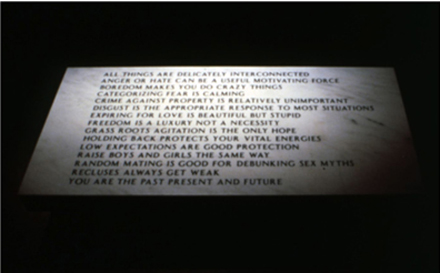 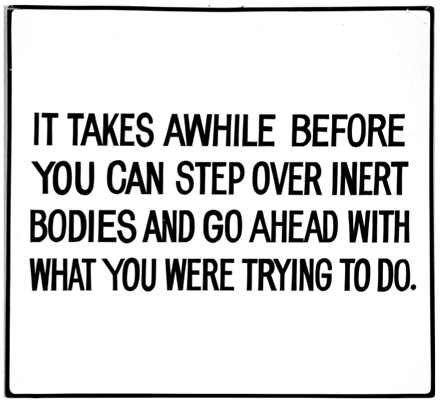 Jenny Holzer, Living Series: It takes a while before you can…, 1981.

This entry was posted on Thursday, December 9th, 2010 at 5:59 pm and is filed under Go See. You can follow any responses to this entry through the RSS 2.0 feed. You can leave a response, or trackback from your own site.