The Fair’s logo, via VIPArtFair.com

Contemporary art buyers and admirers, many undoubtedly slippered in the comfort of their own homes, logged in for the opening of the VIP Art Fair on Saturday at 8:00AM (EST).  The online Fair was three years in the making, but until Saturday the website consisted of little more than a list of participating galleries and organizations, a brief overview, and a promotional video. Though the galleries had also been publicizing featured works to be offered and screenshots of their virtual booths, those not lucky enough to attend the fair’s opening party were still gripped with curiosity about the kind of experience the site would offer.

Visitors to the site can view over 2000 artworks in 139 virtual booths divided into four tiers – Premier Large, Premier Medium, Focus, and Emerging. Galleries paid between $5,000 and $20,000 to exhibit eight to 20 web-friendly works selected for the event, a bargain considering booth rental alone can cost a gallery several times as much at a brick and mortar fair. Browsing the site is free, but accessing interactive features and price estimates (the priciest works are simply given estimates of “$1 million and over”) will cost visitors $100 on the first two days and $20 thereafter. 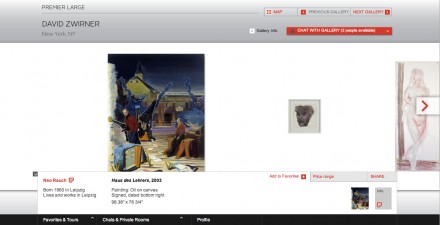 Though page loading has been slow, presumably due to heavy traffic, once inside a virtual booth visitors are greeted with a scrolling gallery of hi-res images of works for sale. Each work is accompanied by cataloging information (though there are no condition reports) and the option to learn more by clicking on the artist’s name to read about them, or by live chatting with gallery representatives. Using the chat feature, galleries are also able to invite prospective buyers into private viewing rooms to see works not offered elsewhere on the site. In an area of the site called the VIP Lounge the visiting experience in enriched not by champagne but by access to several videos produced by Art21, a PBB documentary series about contemporary art, as well as several virtual tours curated by art-world insiders. 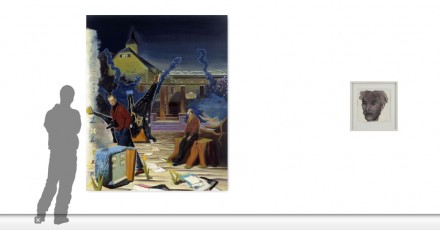 In order to address two major ways viewing art online falls short of viewing in person, the site has a scale feature that superimposes a silhouette of your choosing (there are two male options and four female options) in front of the artwork, as well as a zoom feature that allows one to get extraordinarily “close” to the work. 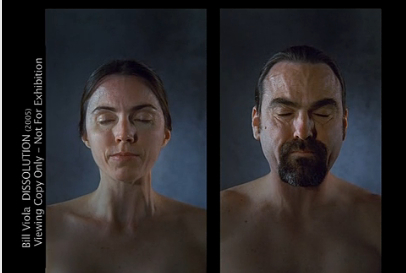 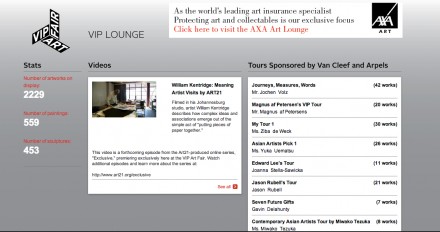 Screenshot of the VIP Lounge, via VIP Art Fair

The site as a whole is easily navigable and does a good job of personalizing the experience by keeping track of galleries visited and chat history, as well as providing the option to add works to a ‘favorites’ list. Noticeably absent is any sort of ‘Buy Now’ or ‘Add to Cart’ button. Though galleries will hold works for up to 48 hours, no buying or selling actually occurs on the site. The two day window presumably gives collectors a chance to see a work in person if so desired, but the hope is that buyers will commit to buying on the basis of what they’ve seen online. By referring to this week’s fair as “inaugural,” its founders, James and Jane Cohen and Jonas and Alessandra Almgren, are betting it’s a formula that works.

This entry was posted on Monday, January 24th, 2011 at 7:06 am and is filed under Go See. You can follow any responses to this entry through the RSS 2.0 feed. You can leave a response, or trackback from your own site.