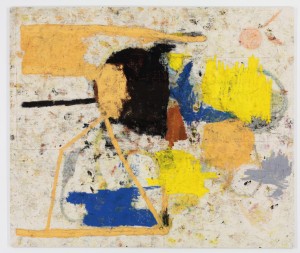 American artist Joe Bradley is showing his work simultaneously at two New York Galleries: Gavin Brown’s Enterprise and Canada Gallery on the Lower East Side. Each gallery exhibits works by the artist in a completely different style. For his first show at Gavin Brown’s Enterprise, Bradley shows large colorful abstract paintings made with oil sticks instead of paint brushes. The canvases are full of the artist’s footprints, dirt, dust, references to comic book characters, and abstract expressionist and primitivist symbolism. At Canada, his longtime art gallery, he gives viewers large black and white silkscreens of male silhouettes. 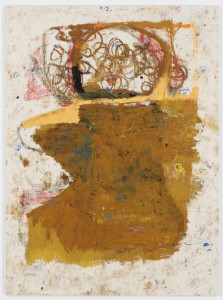 Bradley’s oeuvre has moved from the Color Field paintings he showed at the Whitney Biennale in 2008 to large-scale Expressionist canvases such as those on display at Mouth and Foot Painting at Gavin Brown’s Enterprise.  His method is to collect studio grit and incorporate it into his artwork creating primitive and often messy abstractions. 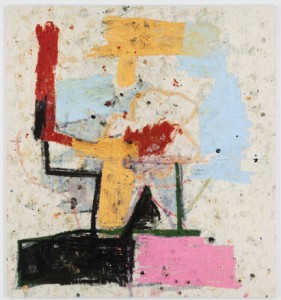 The new works recall techniques employed by his predecessors Basquiat and Guston while also appropriating influences from the drawings of Paleolithic cave paintings. These works differ greatly from the artistic vocabulary employed in his concurrent show Human Forms at Canada Gallery where black and white silkscreens of male figures are captured doing funny gestures while squatting and bending. 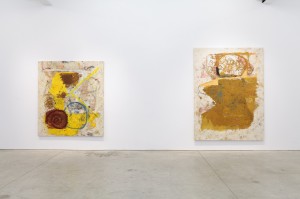 The difference between the two shows reveals the artist’s shifting approaches to his art, his various mediums, and techniques. Bradley’s work has quickly grown in popularity which has resulted in a reported 1,100% increase in the price of his works over the span of five years according to Bloomberg. All works at the Mouth and Foot Painting exhibit at Gavin Brown’s Enterprise were sold out by the time actor Steve Martin walked through the door, stated Bloomberg.

Joe Bradley’s work was exhibited at the Whitney Biennale in 2008, at Charles Saatchi‘s Abstract America exhibition in London in 2009, and at Chelsea gallery Mitchell-Innes & Nash in 2010 as well as various other international art galleries and institutions. 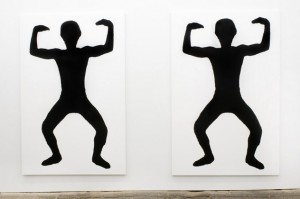 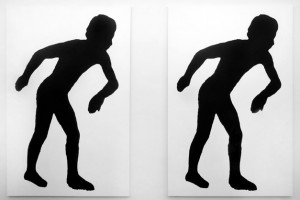 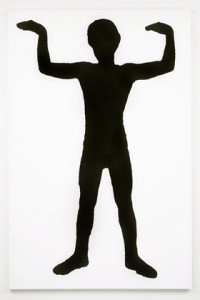 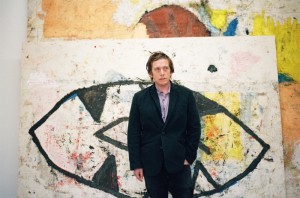 This entry was posted on Sunday, January 30th, 2011 at 1:41 pm and is filed under Go See. You can follow any responses to this entry through the RSS 2.0 feed. You can leave a response, or trackback from your own site.