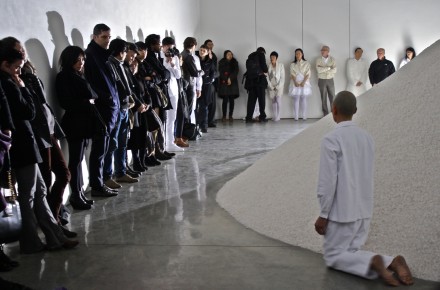 Chinese-Canadian artist and Lower East side fixture Terence Koh opened his first solo show nothingtoodooterencekoh in New York (February 12th through March 19th 2011) at Mary Boone Gallery with a serene performance in which he circumnavigated a perfectly conical pile of crystalline salt rocks. Moving excruciatingly slowly and delicately, Koh made several rounds as onlookers such as Vito Schnabel observed in almost complete silence. 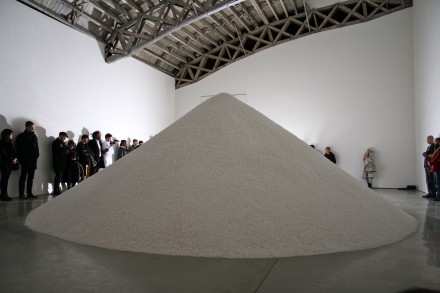 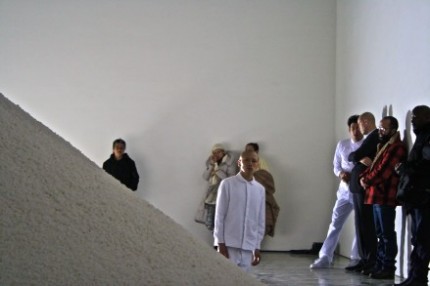 Koh is well known for various collaborations in a wide range of mediums. The minimal display he put on last night was a change in direction, opting for a simpler message of peace and tranquility as opposed to his usual dark fare. The silence and openness of the exhibition also offered a welcome solace and contrast to the frenetic bustling of the fashion week activities occurring nearby. 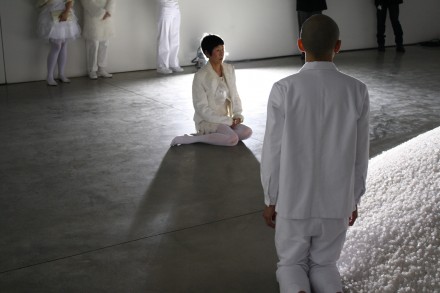 The hand-written press release offered sparse lettering in a similar note of nonchalance, seemingly in congruence with the greater concern of the spectacle. 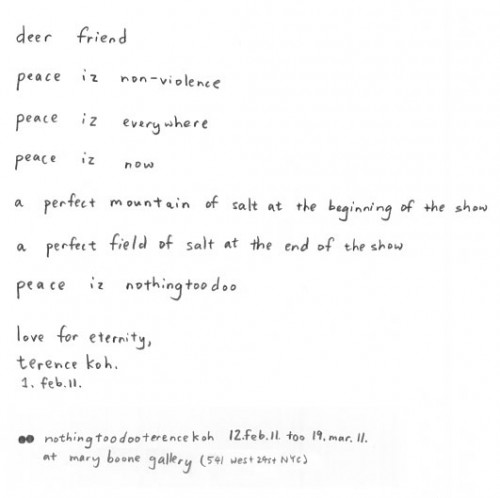 This entry was posted on Sunday, February 13th, 2011 at 7:19 pm and is filed under AO On Site. You can follow any responses to this entry through the RSS 2.0 feed. You can leave a response, or trackback from your own site.