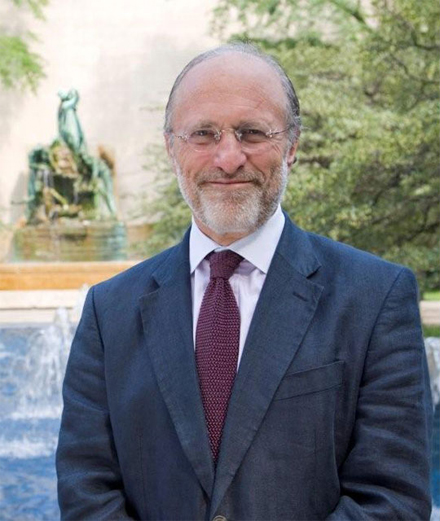 James Cuno, who resigned this morning from the Art Institute of Chicago to become President/CEO of the J. Paul Getty Trust. Image via ArtDaily

Earlier this morning, James Cuno announced in an email to the staff of the Art Institute of Chicago that he would be leaving his post as the museum’s director to become the President and CEO of the J. Paul Getty Trust.

Cuno, who has been at the helm of the Art Institute for seven years, is an accomplished leader: he has seen the museum through the addition of a new wing and has raised museum attendance by 33 per cent. Previously, Cuno has been director of the Courtauld Institute of Art in London, the Harvard University Art Museums, whose budget and staff he doubled in his 12-year reign, Dartmouth’s Hood Museum of Art, and UCLA’s Grunwald Center for the Graphic Arts. 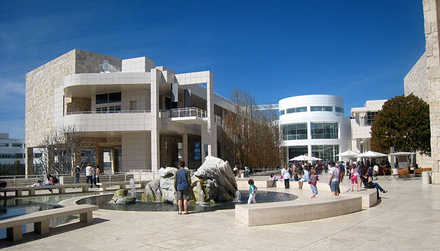 The Getty Center. Image via Artinfo.

In Cuno’s email announcement he wrote, “I would never have left the Art Institute for another museum. Only an institution like the Getty Trust could have convinced me to leave.” The 60-year-old Cuno has long been interested in issues of cultural heritage, which this new role will allow him to delve into. June 30th marks his last day at his current post.

In the Getty’s press release, Chair of the Getty’s Board of Trustees Mark S. Siegel is quoted as saying, “[Cuno]’s background as a scholar and arts leader, and as a proven executive at major arts institutions in the United States and Great Britain, made him an ideal candidate to lead the J. Paul Getty Trust.” The trust, which encompasses the Getty Villa, the Research Institute, the Conservation Institute, and the Getty Foundation, has been through tough times recently and has undergone major cuts to staff and budget. Until Cuno was appointed, director of the Getty Foundation Dr. Deborah Marrow served as interim president and CEO, and she will resume her former position on Cuno’s arrival in August. The Trust’s decision marks the end of a long-awaited appointment.

Not everyone is a supporter of the choice. Artinfo’s Benjamin Genocchio weighed in on the Getty’s decision, writing that the decision “represents the beginning of yet another disastrous chapter in the history of this poorly-run, scandal-plagued Los Angeles institution. It is a perfect recipe for internal conflict and tension.” He recalls the dramatic events of 2010, in which the Getty’s former director James Wood, who had only been at the helm of the Trust for four years, effectively fired the Getty Museum director Michael Brand and then passed away shortly after. Wood was also a former director at the Art Institute of Chicago, and according to the New York Times, “Mr. Wood was the first person with a deep background in art and museum administration to serve as president of the Getty Trust since its formation in 1982.” Although Cuno is a seasoned museum director, Genocchio has his doubts, declaring, “Given the Getty’s resources, this choice is frankly insane.” 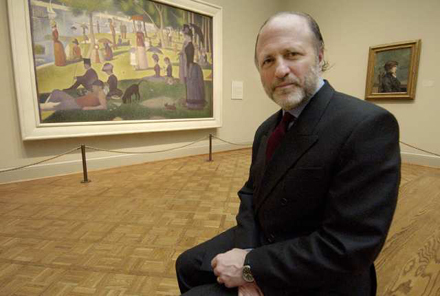 Cuno, in the galleries of the Art Institute of Chicago. Image courtesy LA Times.

2. Super Grippy Gloves 7.99, johnlewis.com If you’re travelling light and don’t have room for a mat in your bag, check out these gloves. They have non-slip strips so you can exercise safely wherever you are.

3. Light on Yoga by BKS Iyengar 14.99, waterstones.com Iyengar’s 45-year-old classic is still the go-to book for today’s yoga enthusiasts, with pose illustrations, breathing advice and the philosophy of the exercises.

4. Gaiam Block 7.99, johnlewis.com A yoga block is essential for getting into deeper poses without causing strains. This block is wide, lightweight, made from a sturdy foam and has a non-slip base. site bobble water bottle

5. Simply Karma 4.99, play.com Get yourself in the mood with the Simply Karma boxset, which has four CDs of laid-back beats for meditation and slightly more upbeat tunes for bikram or pilates.

6. Plum Relaxation Blanket 19.95, ruthwhiteyoga.com This 2m fleece blanket can be used as a prop to give extra lift when seated, or to keep you warm when meditating. It’s machine washable for those dusty village hall floors.

7. Natural Fitness Bag 18.95, amazon.co.uk This attractive yoga bag is extra large – so fits most mat sizes – has a double-zip opening, an adjustable shoulder strap and is made from planet-friendly hemp.

8. Holistic Silk Scented Mat 148, harveynichols.com If you fancy some luxury while you practise, this mat has a cosy fleece top and faux leather non-slip bottom. Plus, it’s infused with a calming lavender aroma.

9. Manduka Cotton Straps 10, urbanyoga.co.uk Straps are particularly useful for bound poses if you’re not that flexible. This one is 2.5m long, 100 per cent natural cotton and has a super-sturdy buckle.

10. The White Company Driftwood 18, thewhitecompany.com Scented candles get you into relaxation mode. So light this one up and let the bay, samphire and sea salt aromas nudge you towards Nirvana.

This entry was posted on Monday, May 9th, 2011 at 4:44 pm and is filed under Art News. You can follow any responses to this entry through the RSS 2.0 feed. You can leave a response, or trackback from your own site.