AO On Site for the 54th Venice Biennale 2011: Preview (with photoset) of Christoph Schlingensief’s German Pavilion 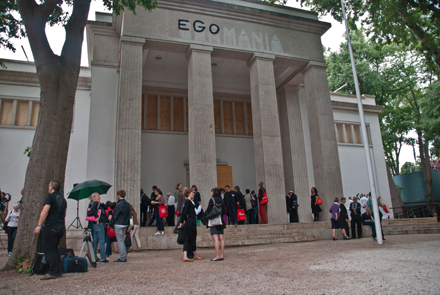 German pavilion at the 54th Venice Biennale 2011. All images by Caroline Claisse.

The German pavilion is represented this year by the late artist Christoph Schlingensief. The pavilion is a lively homage to the artist, whose also worked as a director of film, theater, and opera. Schlingensief passed away last year from cancer during the planning phase of his contribution to the Biennale. Due to the difficulty of realizing a project without the artist’s presence, the pavilion’s organizers decided not to exhibit his latest project, “which existed in developmental, sketch-like form.” Less wunderkammer than spatial experience, the exhibition features existing works covering Schlingensief’s endeavors in film, theater, video, and Africa.

To complement the exhibition, the pavilion’s curator, Susanne Gaensheimer, has organized a publication and a virtual “scavenger hunt” on the pavilion’s web site. The artist is represented by Hauser & Wirth. Among the pavilion’s past representatives are Liam Gillick (2009), Isa Genzken (2007), Thomas Scheibitz and Tino Seghal (2005), Martin Kippenberger and Candida Höfer (2003). In 1993, German representatives Hans Haacke and Nam June Paik won the Golden Lion for Best Pavilion. 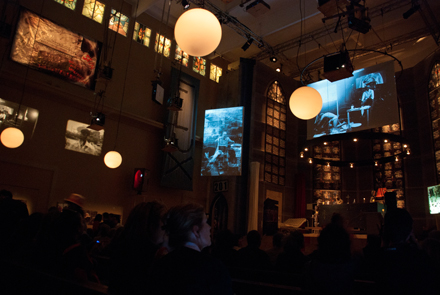 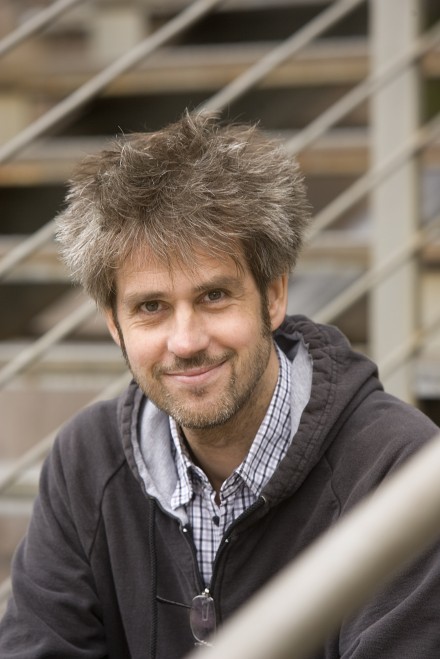 The official commissioner of the exhibition is Susanne Gaensheimer, the Director of the Museum für Moderne Kunst (MMK) in Frankfurt/Main. Together with Schlingensief‘s wife and longtime collaborator, Aino Laberenz, the two put together a book to accompany the exihbition which is filled with the ideas and sketches Schlingensief developed for the pavilion.

Of the invitation, Gaensheimer said in 2010, “When inviting Christoph Schlingensief in May of this year I explained that my basic idea was to approach an artist of my generation, who has worked for a significant time (which in the case of Christoph Schlingensief was almost 30 years) and in a significant way, someone who not only witnessed the artistic, social and political issues of the two decades of post-reunification Germany, but also took an active role in defining them. […] Christoph Schlingensief’s tragic death has in no way affected my conviction that the decision to invite him was the right one.” 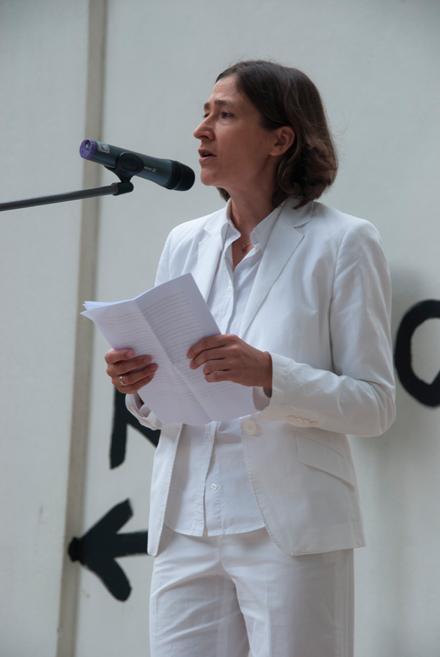 The pavilion’s curator, Susanne Gaensheimer, offers a  few words at the opening of the pavilion.

The main hall holds the work A Church of Fear vs. the Alien Within (2008), where the artist openly portrays his illness and examines the circle of life, suffering, and death. It takes the form of a play with multiple films, video projections, and pictorial elements.

The left wing is devoted to Schlingensief‘s “opera village” project in Africa. Schlingensief conceived of Operndorf Afrika as a school with film and music classrooms, a café, a hospital, and a central theater building with a festival hall. Photographic documentation of the already realized parts of the project are displayed alongside a large scale panoramic projection of the natural scenery of of the construction site, filmed by an African filmmaker Schlingensief commissioned for use in the German Pavilion. The project is now headed by his wife. 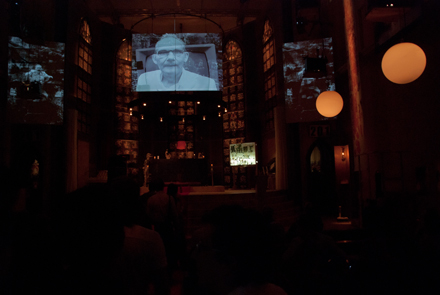 The collage format that both the installation and web project take is fitting for such a multi-disciplinary artist. Schlingensief commented on the invitation in 2010, saying, “I have worked in many different fields, as a director in film, theater and opera, producer, solo entertainer, human being, also as a sick human being and Christian, and equally so as a politician and performer, and I have always taken an interest in those artists who felt almost compelled to practice their art, and in so doing did not necessarily separate their compulsion from that of having or wanting to live. […] The task of using the German Pavilion, which very much looks like a representative building, not for the purpose of representation but for art, simply fits the bill – a heavy burden, yet art makes light what would otherwise be heavy. And yet perhaps it is precisely what makes it so positive.”

As Schlingensief worked in his original language, the pavilion will make his work accessible to an international audience with translations and subtitles for the first time. 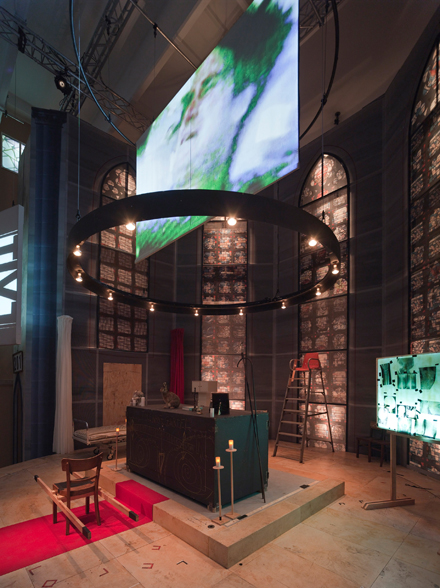 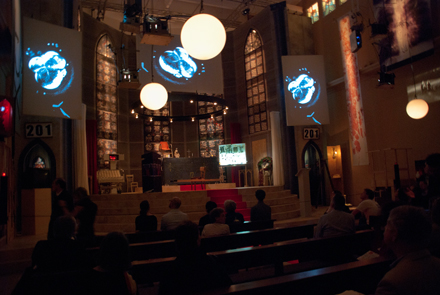 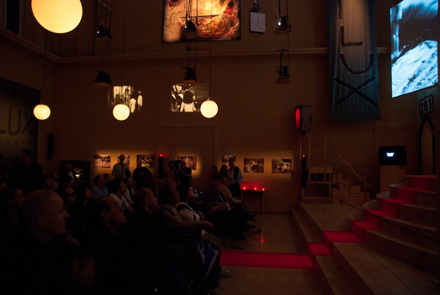 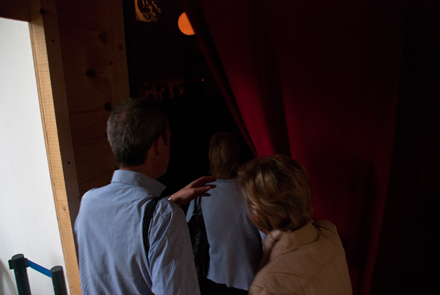 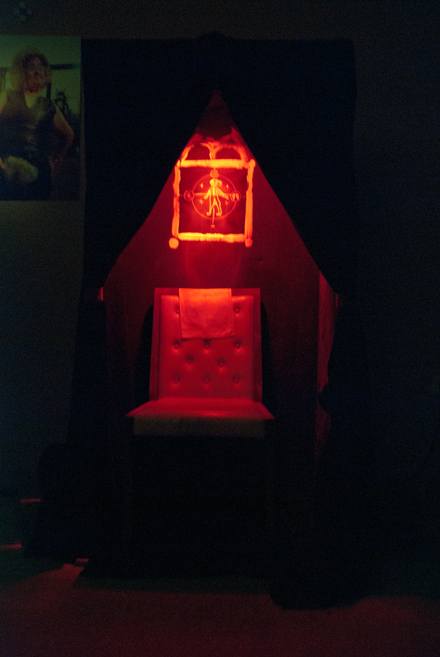 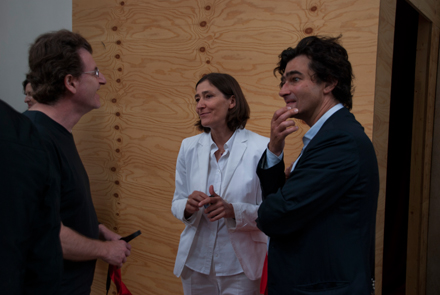 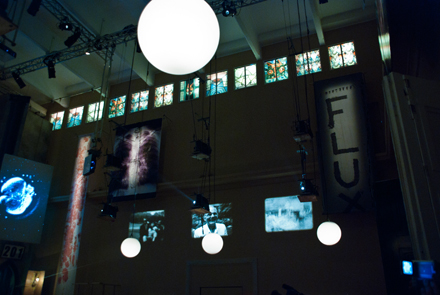 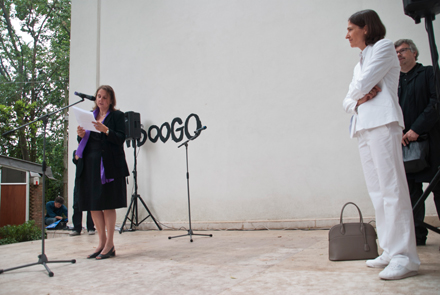 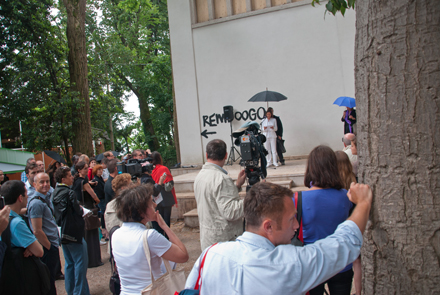 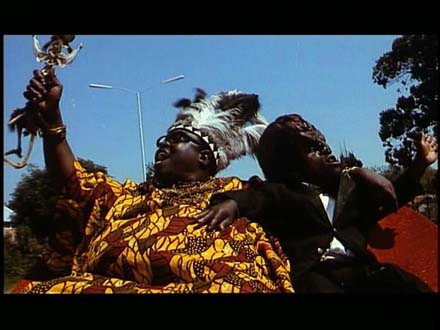 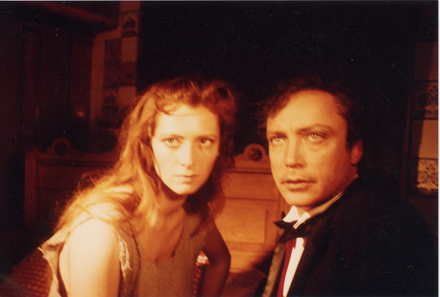 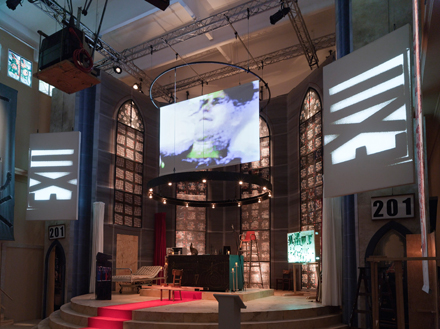 This entry was posted on Friday, June 3rd, 2011 at 4:42 am and is filed under AO On Site, Go See. You can follow any responses to this entry through the RSS 2.0 feed. You can leave a response, or trackback from your own site.