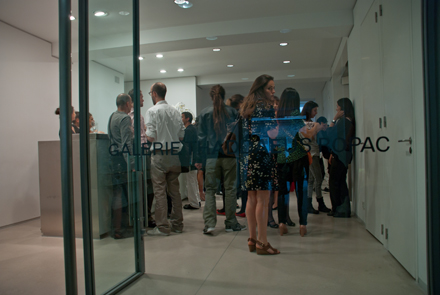 All images by Caroline Claisse for Art Observed.

AO was on site for the second exhibition of Jules de Balincourt, “Worlds Together, Worlds Apart ” at Galerie Thaddaeus Ropac in Paris.  The opening began with a private talk given by art critics Nicolas Bourriaud (best known for his seminal book “Relational Aesthetics”) and Judith Benhamou-Huet, and focused on de Balincourt’s influences and ways of processing. The New York based artist explained his recent work, which moves between abstraction and figuration, and compared it to a “big zapping.” Jules de Balincourt worked 6 months on the set of paintings, which were created specifically for this show. 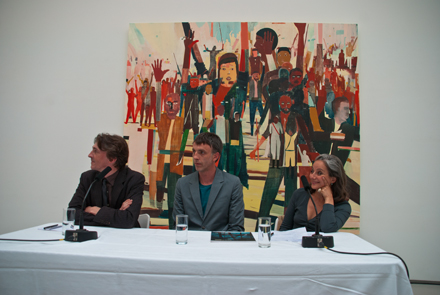 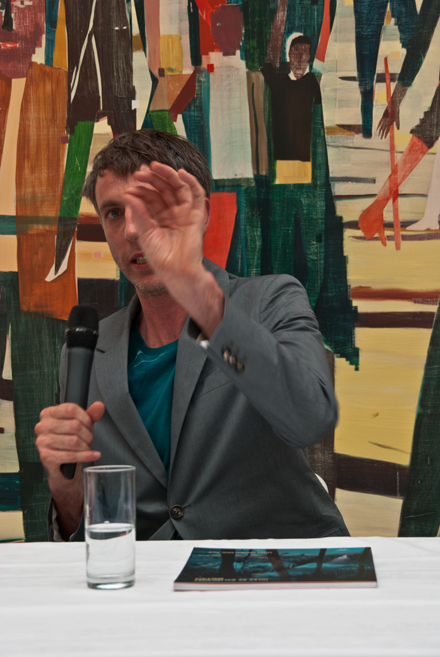 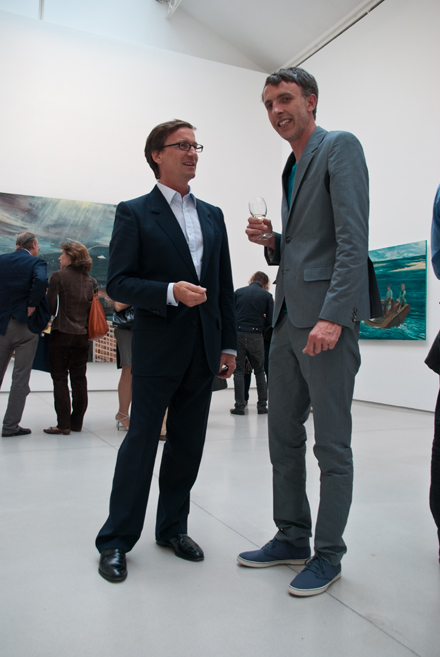 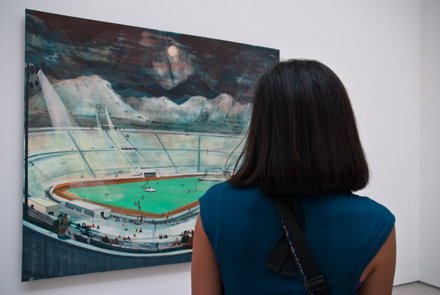 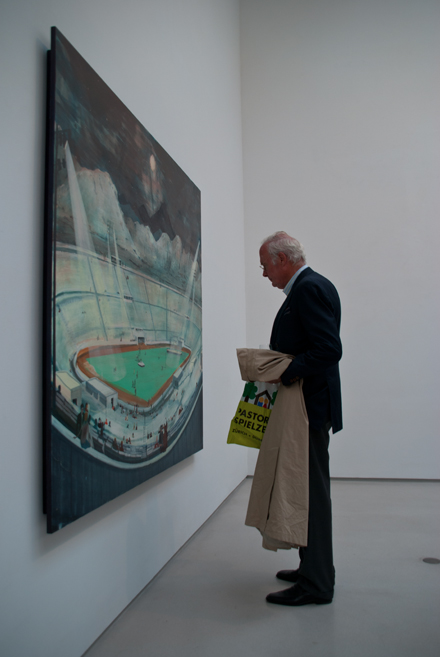 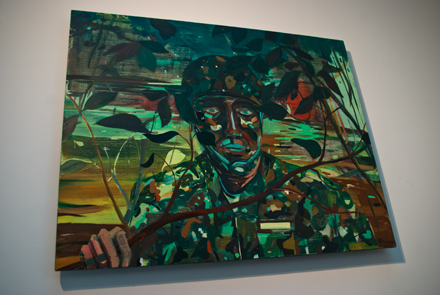 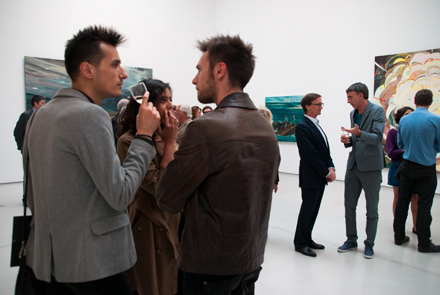 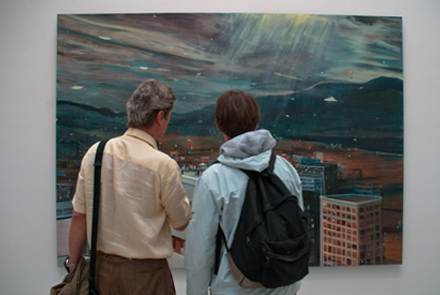 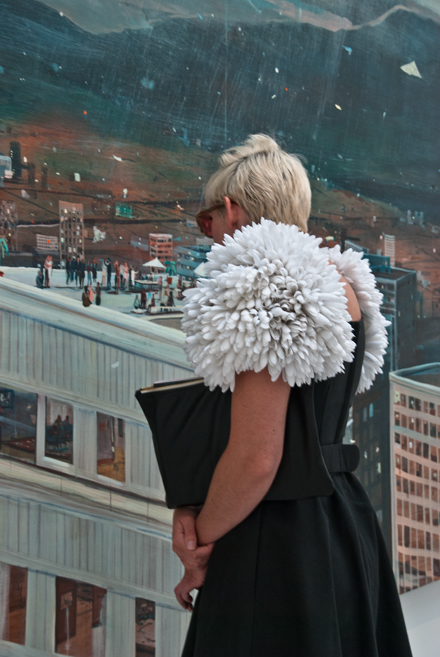 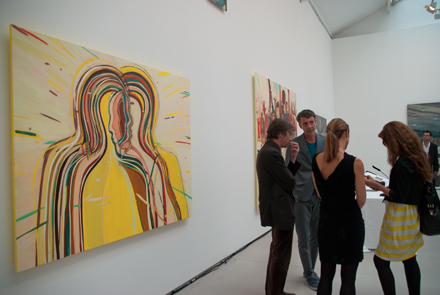 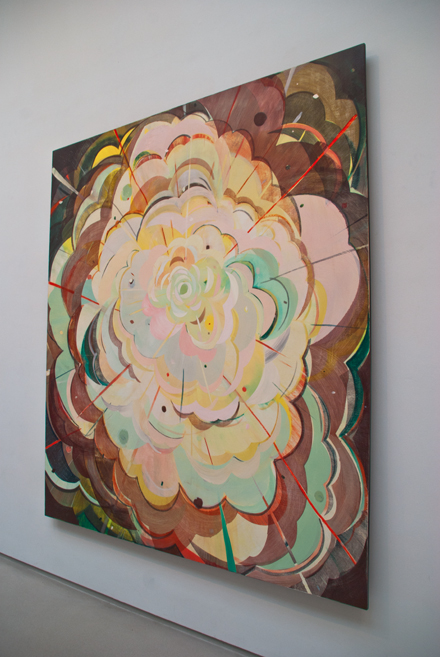 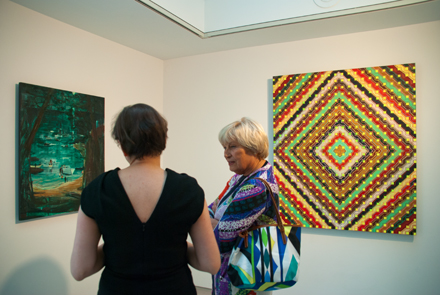 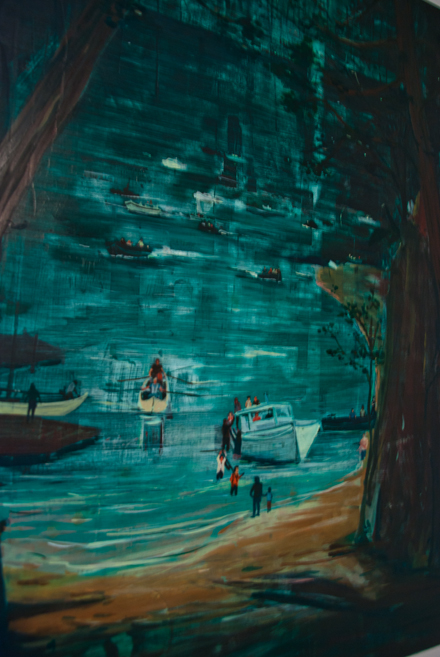 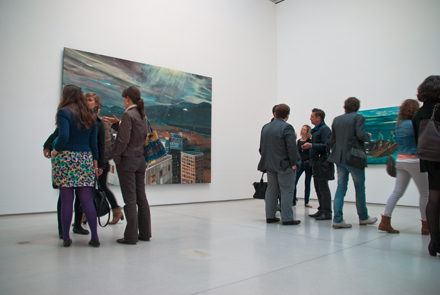 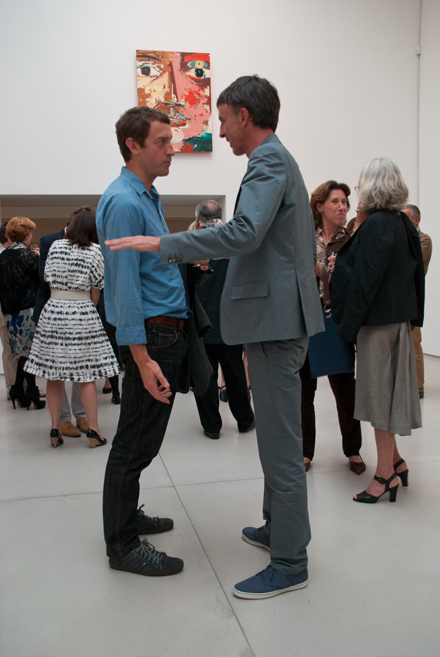 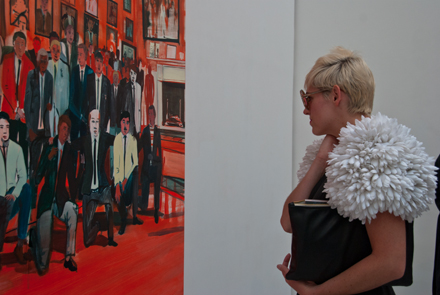 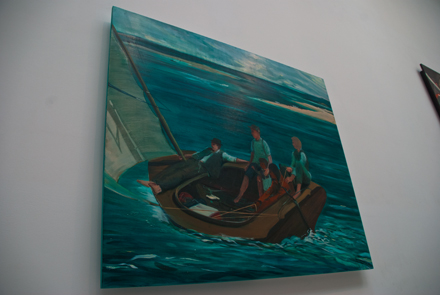 Homer, Hopper and Manet with Indian Copilot and Child, (2011) 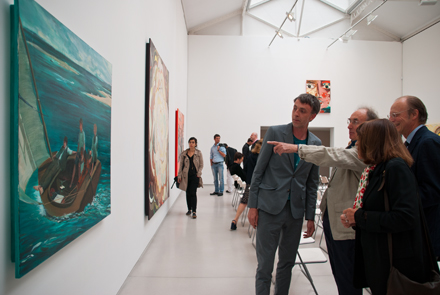 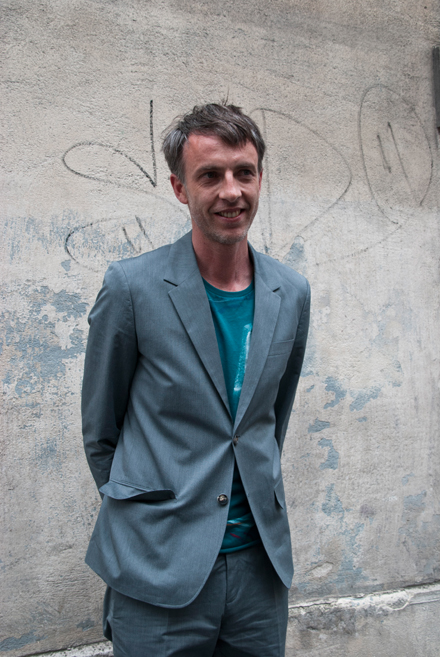 This entry was posted on Monday, June 27th, 2011 at 12:01 am and is filed under AO On Site. You can follow any responses to this entry through the RSS 2.0 feed. You can leave a response, or trackback from your own site.