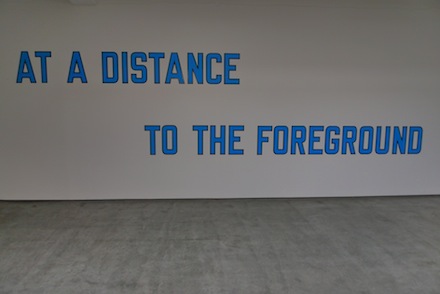 Lawrence Weiner, At a Distance to the Foreground (1999). All images Nicolas Linnert for Art Observed.

Closing this week is Paula Cooper Gallery’s group exhibition Locations, a showcase of work by fifteen artists involving mapping and locality. At a moment when art and its surrounding socioeconomic structure have moved steadily to occupy a global, deterritorialized sphere, this arrangement of works is distinctive in its look back to a mid-century Modernist practice regarding spatial surroundings. 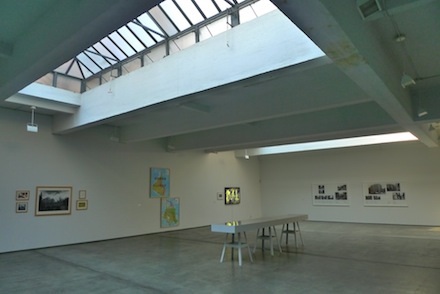 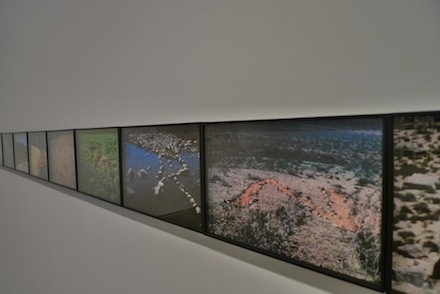 Ranging from established artists to those of the most recent generation, Locations examines the political, aesthetic, conceptual, or documentary ways that geographic locale is presented in one’s work. An example is John Baldessari’s California Map Project Part 1: California, a photoseries with the intent to capture naturally occurring letters that together spell the state name. Key to the project was documenting exactly where in the Golden State these coincidental letters were found. In contrast to this necessarily local project is Sam Durant’s more recent Proposal for America in Mandarin, in which the artist turned upside-down two maps of the North and South Americas and while reconfiguring the shapes of the two continents, added Chinese text over the maps. 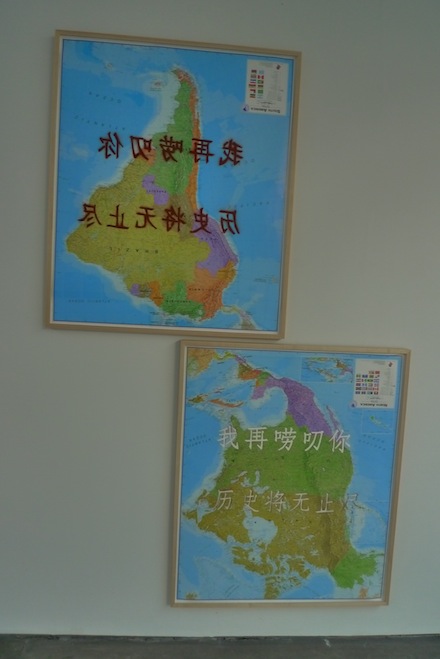 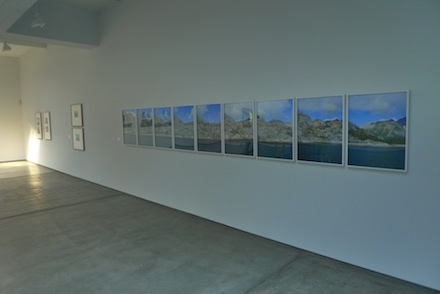 Catherine Opie’s Edge of Time photoset presents a locale that is both sublime and vast while staying intimate. The images of Glacier Bay show a panorama that is composed by nine individual frames—allowing for a broad, sweeping view that also forces the viewer to take in compartmentalized visual details. In a similarly intimate but altogether more political dimension, works by Francis Alÿs present painterly images of Jenin, one of the largest cities in Palestine. The soft color palette and gentle composition contrast with the depictions of worn barricades and armed guards. 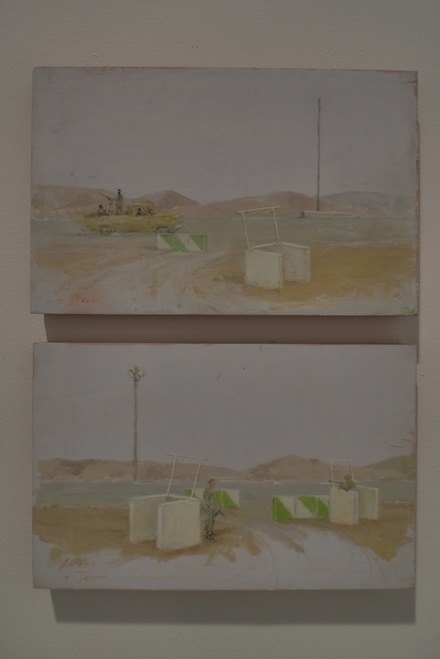 This entry was posted on Tuesday, June 7th, 2011 at 1:20 pm and is filed under Go See. You can follow any responses to this entry through the RSS 2.0 feed. You can leave a response, or trackback from your own site.