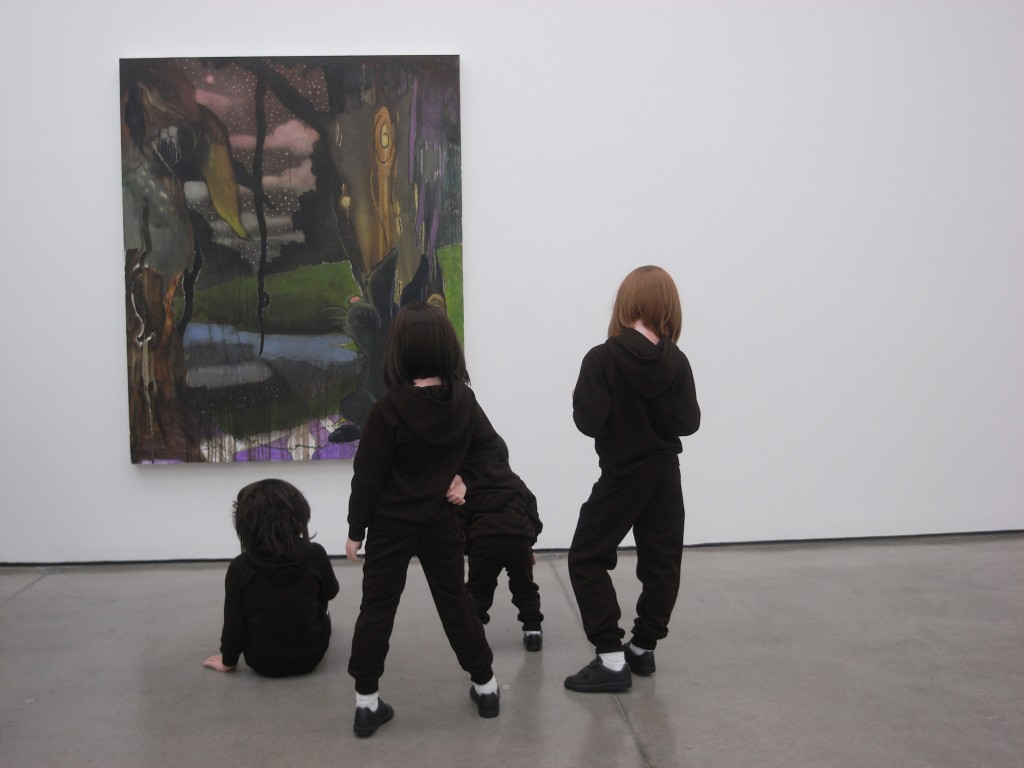 Jake and Dinos Chapman – The Chapman Brothers – reinstated themselves in the London art scene last week, across the twoWhite Cube galleries.  Both the Mason’s Yard and Hoxton gallery spaces are used in this double act, double venue exhibition.  The show, Jake or Dinos Chapman, runs from the 15th of July to September 17th and is alarmingly extensive.  The brothers are infamous for their elaborate teasing, deliberate vulgarity, and mocking of aestheticism- this show is no different.  However, for the White Cube exhibition, Jake and Dinos Chapman, who have consistently worked together professionally and are known as a gruesome twosome double act, have this year separated and worked alone.  Using different studio spaces, they have been working independently on the content of this exhibition, only having revealed their pieces to one another a few weeks ago.

Although Jake claimed in an interview earlier this year that “splitting up this unholy, or holy, alliance might lead to a more autobiographical output”, they have since conceded that, in fact, their work is conceptually very similar.  Even when separated, there is a silent, telepathic collaboration.  Despite this, the brothers want the work to be anonymous…they want the viewer to make the effort and to understand whose work is whose. 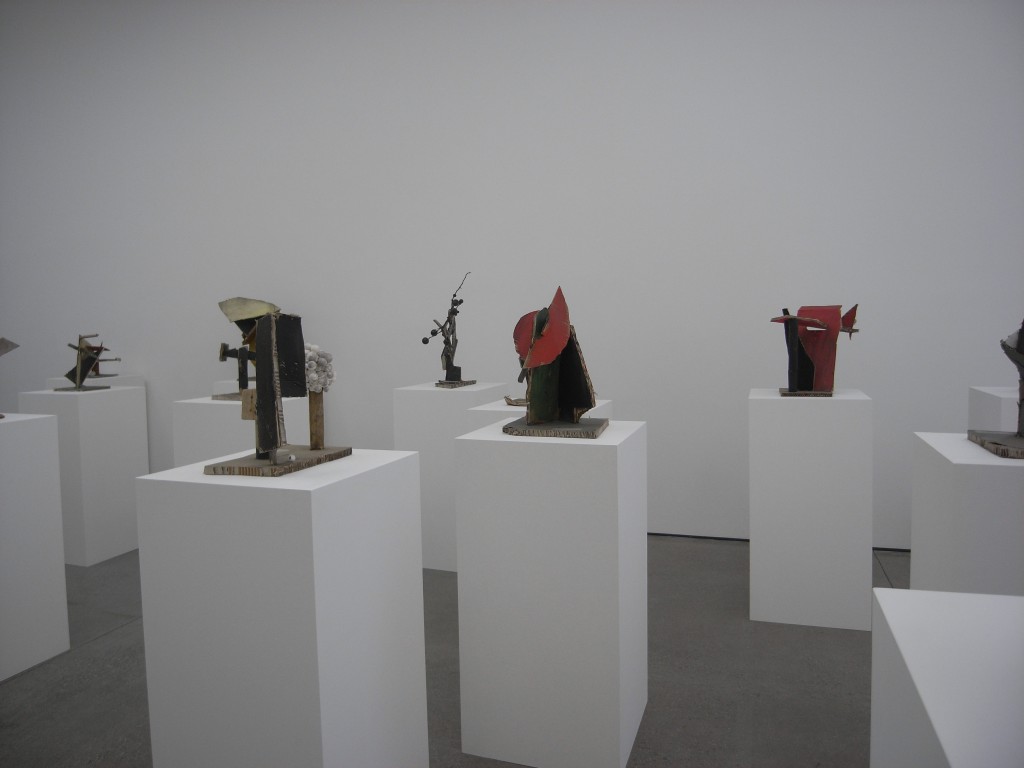 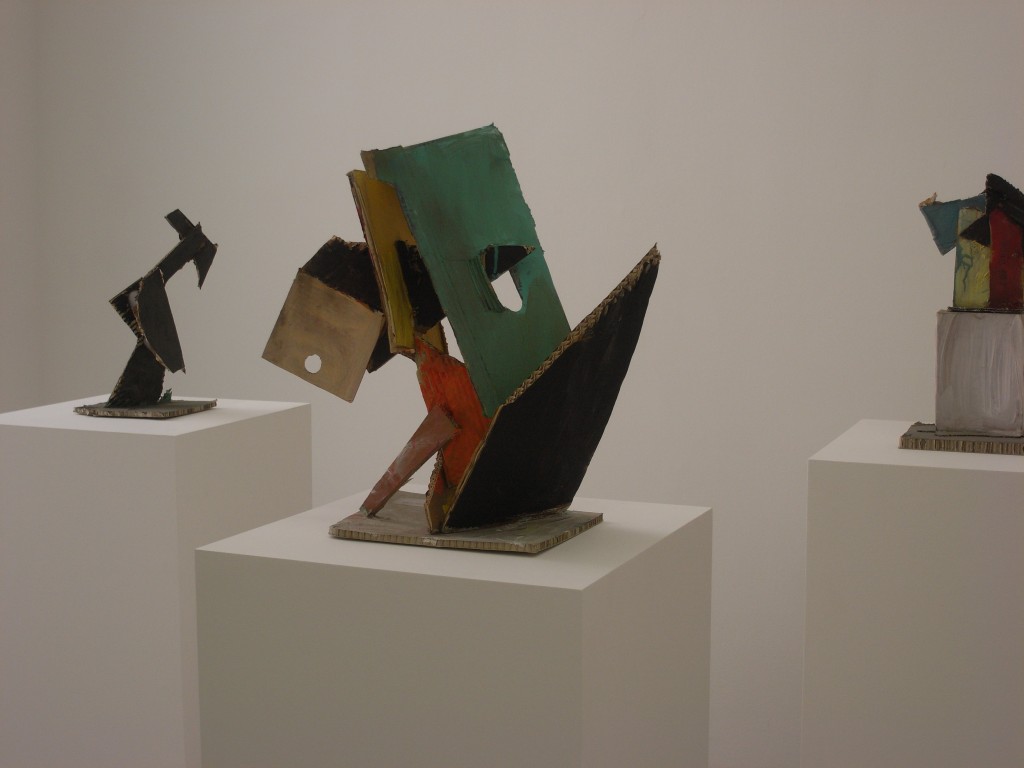 In the Mason’s Yard exhibition space, the ground floor sees a room filled with 47 cardboard maquettes, on individual plinths.  A rather impressive, but somehow childish, display of paint-licked, hap-hazard mini-sculptures, are all labeled individually: Overkill, potlatch, sour taste, every mushroom cloud has a silver lining, smear. 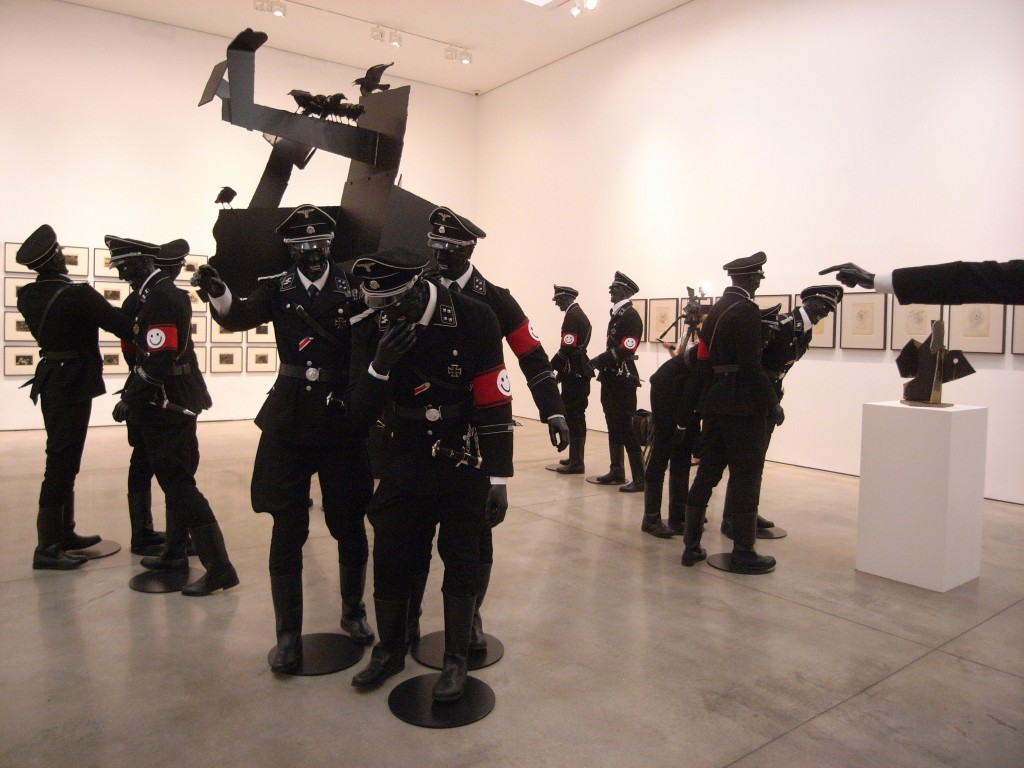 Continuing to the basement, more tangible themes and motifs are presented.  The walls are lined with framed works; inky sketches, defaced etchings, connect-the-dot drawings with occasional lewd shapes emerging from between the dots and lines.  The floor space sees slightly-larger-than-life anatomical mannequins dressed in Nazi uniforms studying the art, encircling certain sculptures, discussing and praising it- two are even having sex in front of it.  Also dotted around the room are taxidermied birds; mostly crows, but one pigeon teeters on the edge of a daunting sculptures (an enlarged, metal and black version of the rather kinder models upstairs) and is defecating over one of the officer’s backs.

The smaller space next door brings some colour to the exhibition.  A figure is standing alone in the room, dressed in a tie-die smock, finished with a KKK costume and mask.  This figure is standing proudly, with an erection, facing a crucifixion scene painting hanging on the wall – itself speckled with vulgarity, deformed peasants, monster-humans, one-eyed knights, and disfigured Jesus figures. 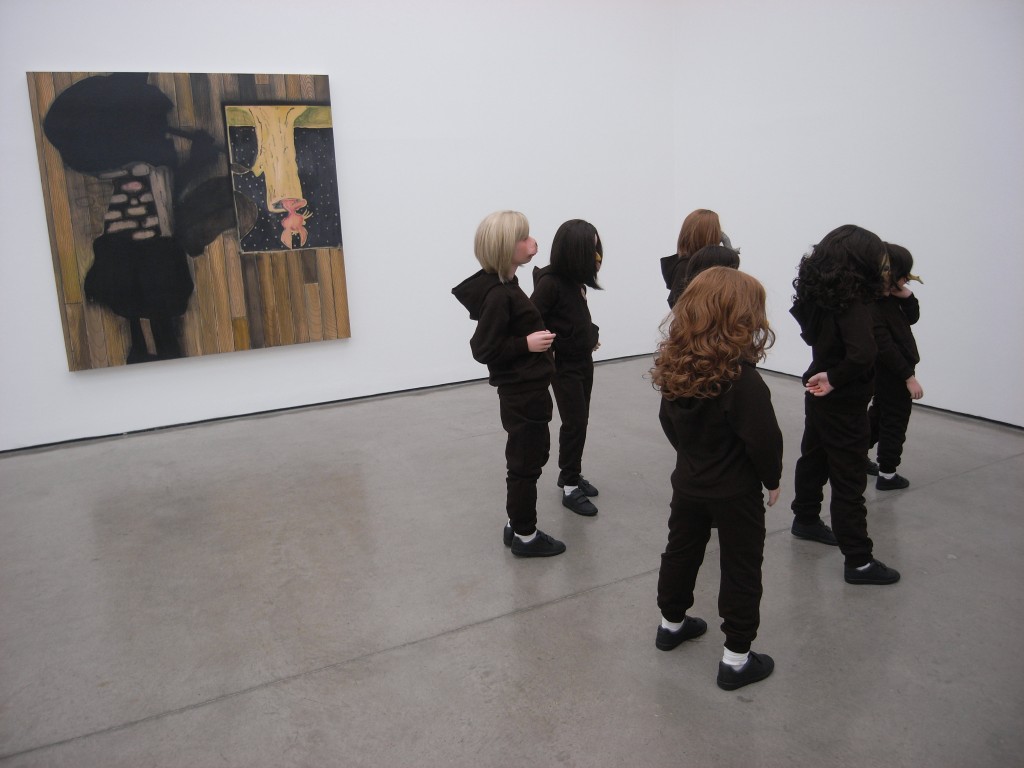 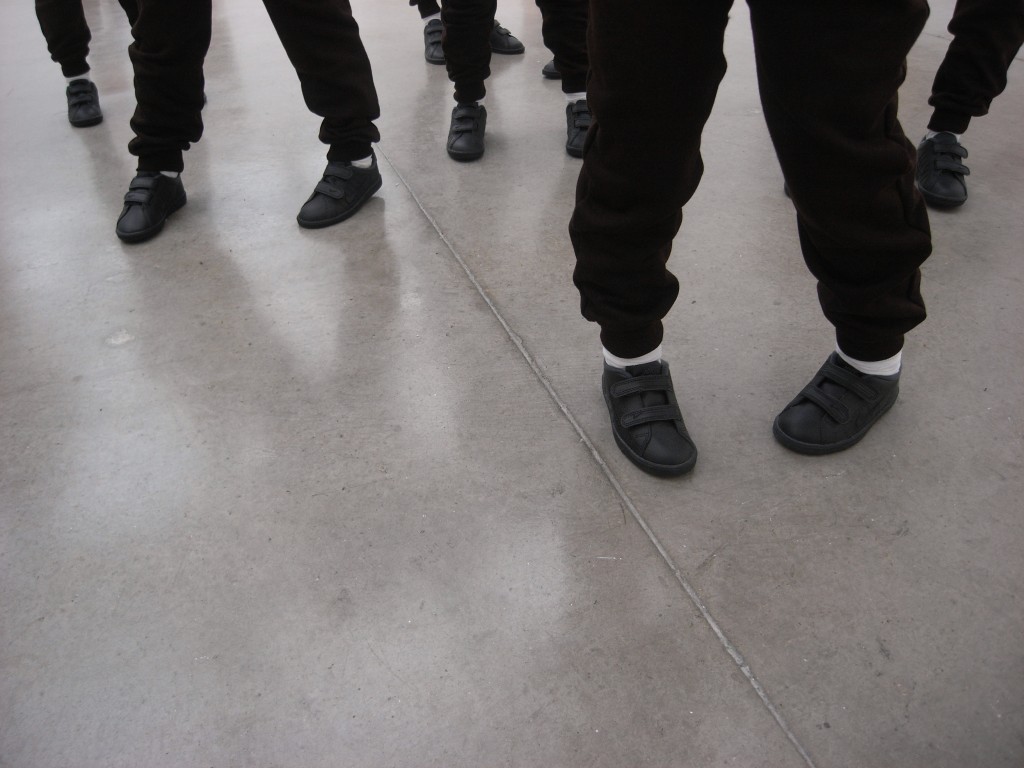 In Hoxton Square, the tone is different, but the intent feels the same.  Totem poles and carved wooden figures feature, along with clay Q-tips.  At the far end of the room you can see a group of school children all standing around a word of art, echoing the Nazis at Mason’s Yard.  The figures are all dressed identically, in black tracksuits, with animal beaks and snouts burst through girls’ faces as they look on at the painting.  Their sewn ‘school badges’ spell out ‘They Teach Us Nothing.” Upstairs an intense Catholic blasphemy and iconoclasm takes over.  The room initially looks humble and quiet – set as a white washed place of worship: peeling white walls, chest of drawers, Virgin Marys- yet on further inspection, one Mary has her eyes gauged out and her lips sewn together; one Jesus has a glittering swastika etched into his forehead; the saints all have vicious skin diseases, and the baby Son of God, in Mary’s arms, has the tentacles of an octopus pouring out of his mouth.

The thematic similarity in much of the work in Jake or Dinos Chapman is striking no matter to whom it is attributed, and both artists have admitted to working with the same ideas and projecting  the same desires over the last two decades.  As artists, they insist their work is irredeemable.  It is  just nasty and bad- Jake Chapman, in an interview, rejects the insistence that moral transgressions are in some way beneficial, progressive and enlightening.  They don’t have to be he says.  You can’t hug their work, he explains, it’s not friendly. This exhibition is visually alarming, purposefully so.  And yet, given the context of these two British Artists, it is not shocking or disturbing.  The deliberation and unprecedented similarity in the brothers’ work proves that these ideas are not free-falling, spontaneous evil, but instead well curated and, unexpectedly crowd-pleasing exhibitions.

This entry was posted on Wednesday, July 27th, 2011 at 12:57 am and is filed under AO On Site. You can follow any responses to this entry through the RSS 2.0 feed. You can leave a response, or trackback from your own site.