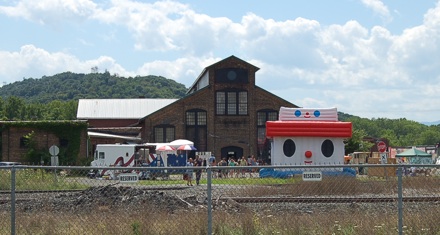 All images on site at NADA Hudson 2011. Courtesy of Ian Hassett for Art Observed.

Art Observed was on site for the first NADA Hudson, described by its organizers, the New Art Dealers Alliance as “not an art fair, but rather a site-specific project”. The surrounding area has been known as a site to which New York art expatriates flock, with their numbers especially heavy this weekend around the 8,000-square-foot Basilica Hudson, a former foundry and railway wheel factory built in 1884. Hudson itself is a former whaling town, with its access to the Hudson River providing a berth during wartime that was less exposed to raids than coastal towns such as Nantucket and Boston.  As a result, the town has a rich architecture base that is reflective of irregular boosts in industry over its history.  As it has become a destination for food, antiques and second homes, Hudson is an understandable venue for NADA, which has been known to pioneer in its chosen locations (the NADA Miami art fair located in the Deauville Beach Resort, is about 40 blocks north of the main epicenter of activity yet is consistently a must-visit part of the general offering during the week of Art Basel Miami Beach).

The events of the weekend featured crowd-pleasing extras such as an afterparty at a local dance club, performances on a stage faced by a hodge-podge of colorful chairs, a VIP lounge located in a limo, the lone food-truck  serving the sweltering visitors fried-fish sandwiches, and a bouncy castle by Friends With You, brought upstate by Kathy Grayson’s The Hole.

NADA was founded in 2002 by Zach Miner of Philips de Pury, John Connely of the Felix Gonzalez Torres Foundation, Zach Feuer, and Sheri L. Pasquarella, and is made up of galleries and arts professionals across the world who work in congress to develop outreach projects and provide resources for one another. In recent years, the not-for-profit organization has successfully run its own art fairs in Miami and Cologne, and counts such NADA Hudson participants as CANADA, Jack Hanley, Untitled, West Street Gallery, Kate Werble, and Taxter + Spengemann among its members. 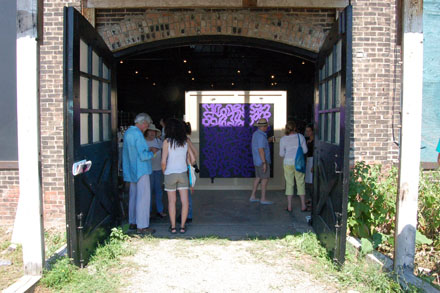 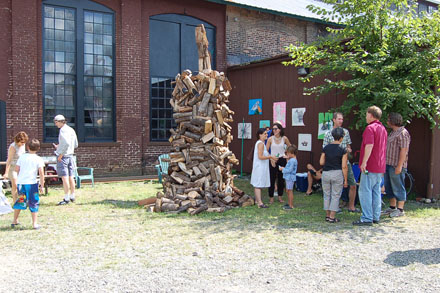 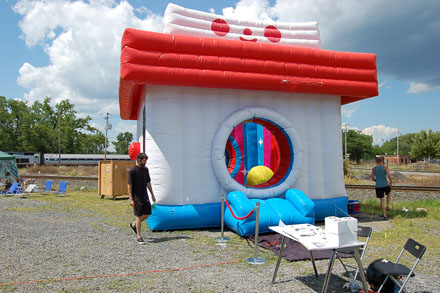 ‘Friends with You’ bouncy castle by The Hole. 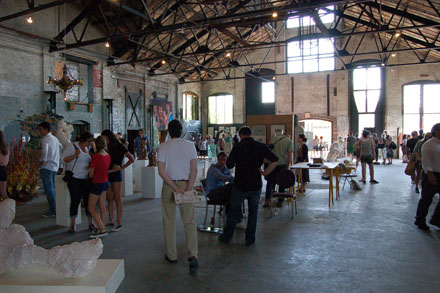 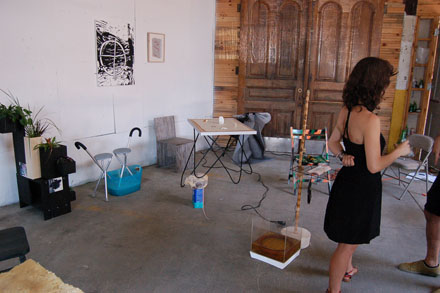 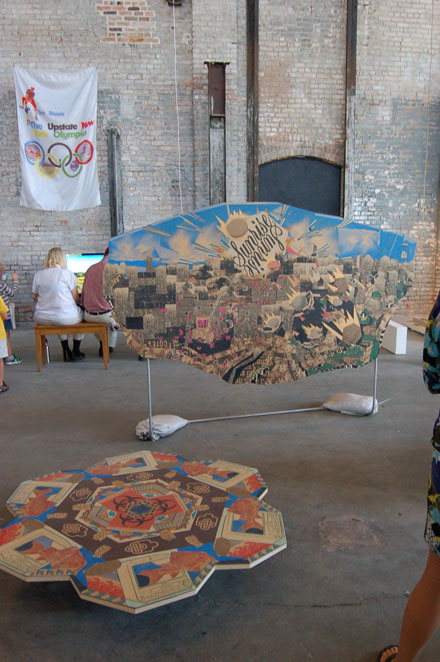 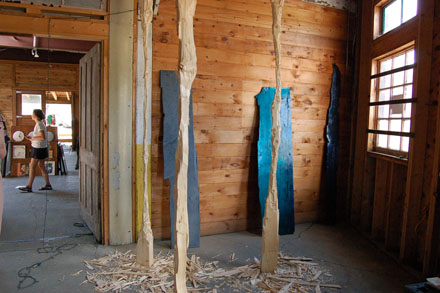 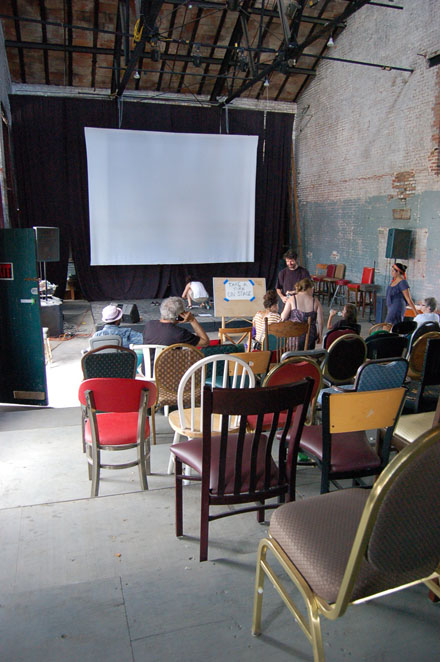 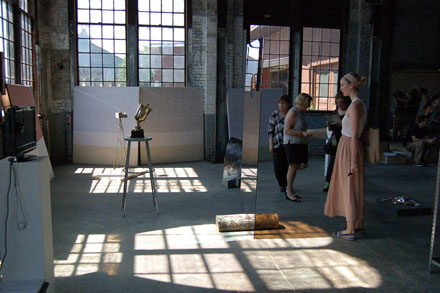 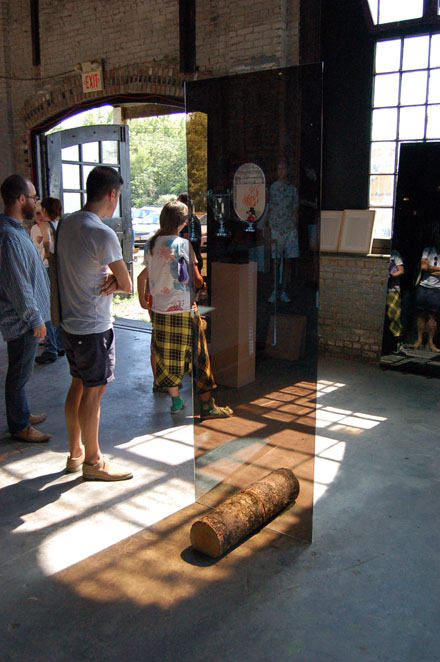 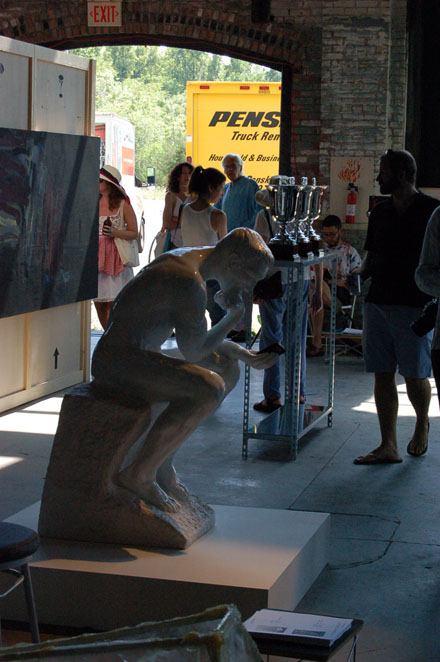 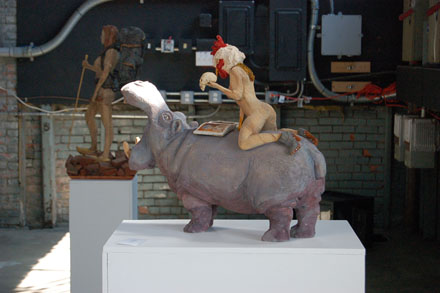 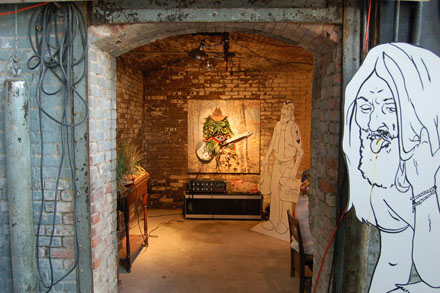 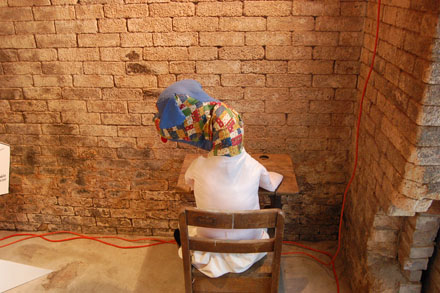 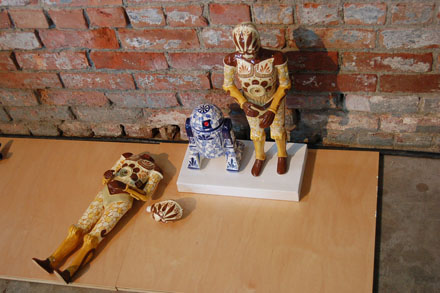 This entry was posted on Wednesday, August 3rd, 2011 at 3:48 pm and is filed under AO On Site. You can follow any responses to this entry through the RSS 2.0 feed. You can leave a response, or trackback from your own site.