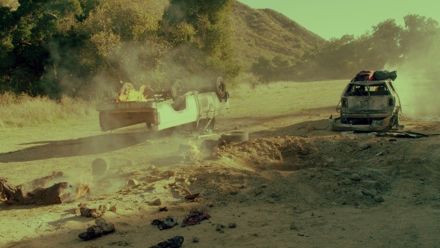 On view at The Model in Sligo, Ireland through November 27th is “The Tunnel,” a large-scale installation and major solo exhibition of Israeli video artist Omer Fast. Three installations occupy The Model’s atrium and gallery space including a two part version of his newest film project, 5000 Feet is the Best, which was commissioned by The Model, Dublin Contemporary 2011, the Hermes Foundation, and the Kadist Foundation. 5000 Feet is the Best will be presented as a unique version specific to The Model, including both the original film and multi-media installation components. Fast is known for his films that weave together multiple narratives using documentary and dramatization methods to explore the complexity in presenting truth, leading the viewer to the realization that fact and fiction are undeniably intertwined. 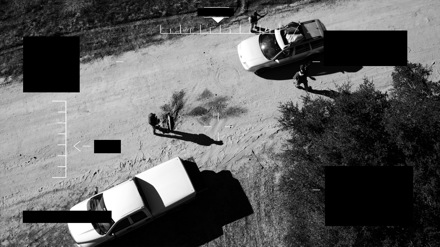 5000 Feet is the Best is based on interviews the artist conducted with an anonymous American drone pilot recounting technical aspects and psychological consequences of his job operating an un-manned plane in Pakistan and Afghanistan. The drone pilot’s interview is repeatedly interrupted by additional narratives of characters conducting fictional interviews, which develop into pseudo-recreations of the “real” events that took place in Afghanistan and Pakistan. The events are described in a voice-over by the drone pilot, while the images on screen are clearly those of Las Vegas. The result is an elegantly disjointed narrative that defies linearity. 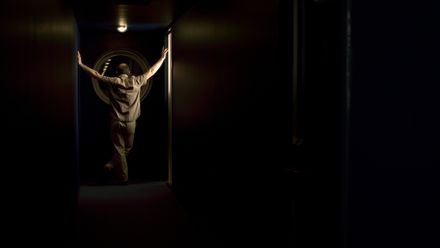 Also on display is Fast’s three-part film installation, Nostalgia, which won the National Gallery Prize for Young Art from the Berlin Nationalgalerie in 2009. Nostalgia presents three different adaptations of a personal story from the artists interview with a Nigerian refugee seeking asylum in London. The piece begins closely connected to the interviewee recounting an anecdote about a trap, and with each segment the trap is repeated and repurposed, becoming progressively fictionalized to the point of fantasy. 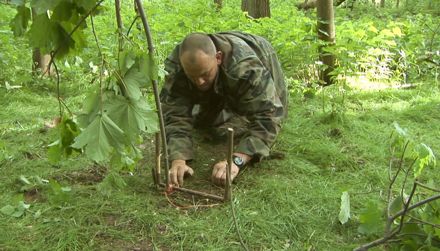 The installation opens with Nostalgia I, in which a voice-over of the Nigerian interviewee is describing how to build an animal trap using material found in nature, while onscreen a British gamekeeper builds the device according to his instructions.  Nostalgia II is a scripted re-enactment of the original interview with the artist and the refugee, played by actors. The final segment, Nostalgia III, weaves together the strands of fact and fiction in cinematic narrative that takes place in an alternative reality in which the characters roles are inverted: refugees from England attempt to enter an unnamed developed African state.

Both 5000 Feet is the Best and Nostalgia are premised on real interviews that the artist conducted with an individual whose life experiences place them in the midst of larger social and political events. While his subjects are rooted in politically significant circumstances, the intention is not to claim an explicit political statement. Rather, his works operate to engage the viewer on a more universal level to acknowledge the reality of human complexity surrounding representation of personal experience and constructed memory. 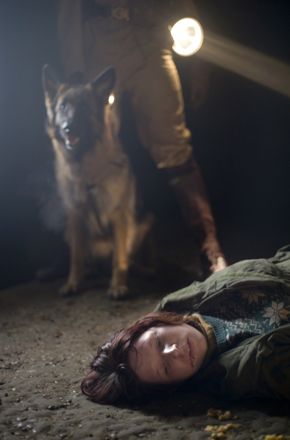 This entry was posted on Monday, September 5th, 2011 at 12:12 am and is filed under Art News, Go See. You can follow any responses to this entry through the RSS 2.0 feed. You can leave a response, or trackback from your own site.