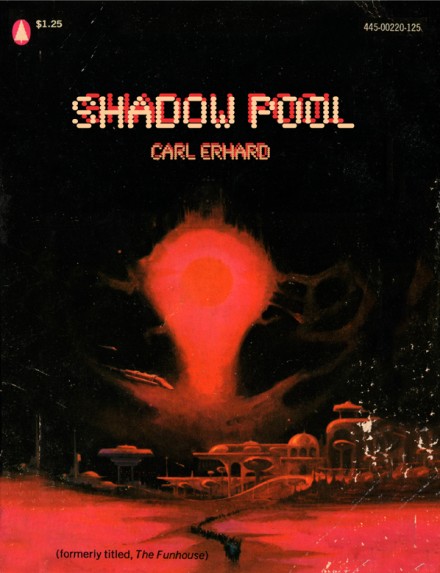 Jonah Freeman and Justin Lowe, image from “Shadow Pool: A Natural History of the San San International” slide lecture. Courtesy of the artists. 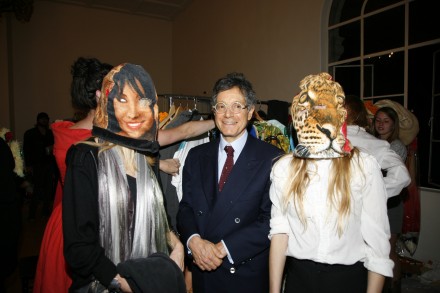 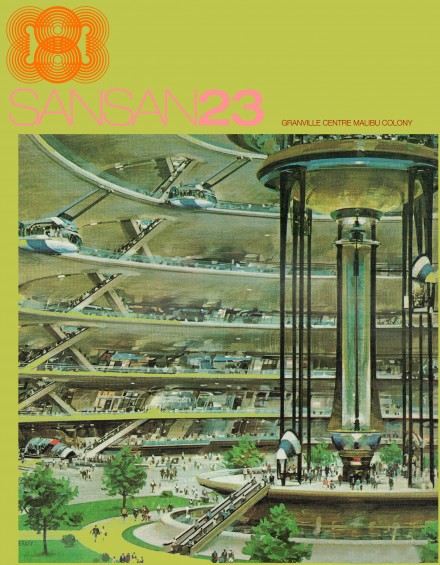 With tongue firmly in cheek, Jonah Freeman lead audience-members through a slide lecture of the history this imagined mega-convention known as the San San International―a physical space where the unthinkably large virtual space of the internet becomes real and one can easily pass between home appliances, gaming, and porn. Loosely based on the great exhibitions at the Crystal Palace in London as well as modern-day conventions, what held this far-reaching narrative together was not only Freeman’s coolly understated humor, but the extent of images culled from visual culture. It was the world Freeman and Lowe created through images—ranging from Modernist utopian designs, to psychedelic collage, to the imagined Artichoke Underground issue covers—that immersed the viewer not only visually, but historically, culturally, and spiritually. The images themselves, which seemed to be both found and invented, guided the narrative in interesting and unexpected ways, touching on far too many topics and tangents to recount here. It was as if the artists were leading viewers through a game of free association. The connections between images in this game were metonymic, based on proximity to each other rather than on an analogous, metaphorical relation. 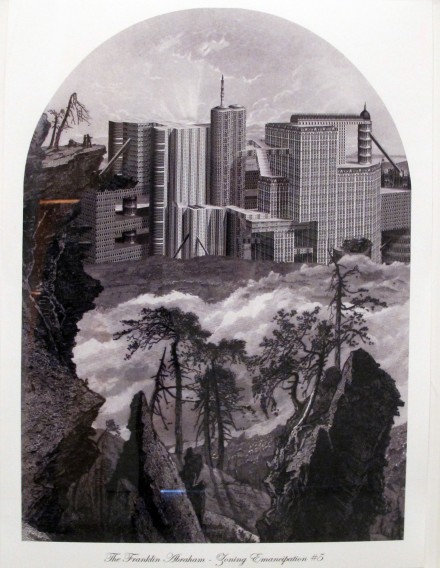 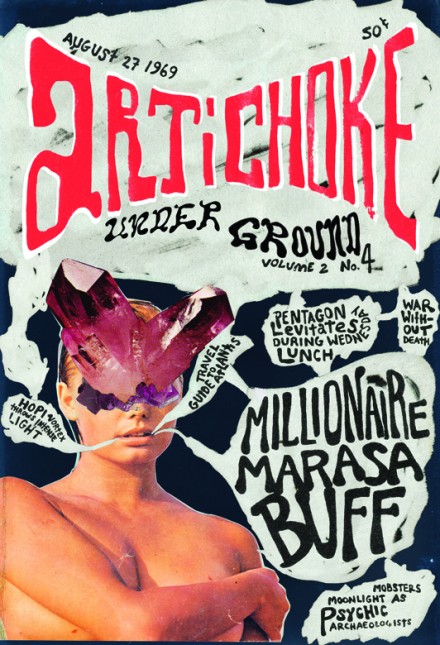 As the images and associated narrative spun further and further into the realm of the bizarre, the discussion of consumption moved from the site of object display (the convention) to its aftermath. The end of the slide lecture took up the question of what happens to all of these objects when the convention ends and they become detritus. Following startling images of homeless’ shopping carts and shanty towns, Freeman then began to show a series of fictitious advertisements for this detritus. These advertisements became the segue into a part post-apocalyptic, part futuristic, and all-around hilarious fashion show, featuring looks such as Towel People, the Dada Cyborgs, and the Hindu Preppy Twins. 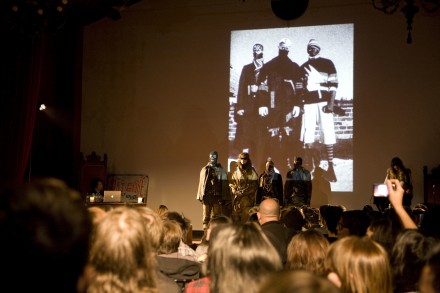 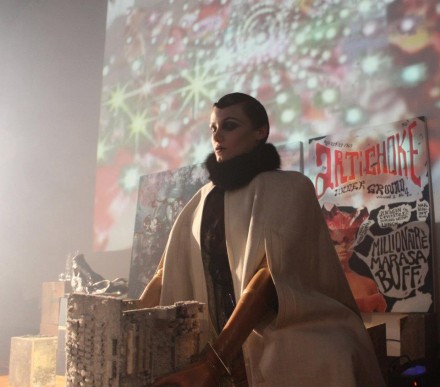 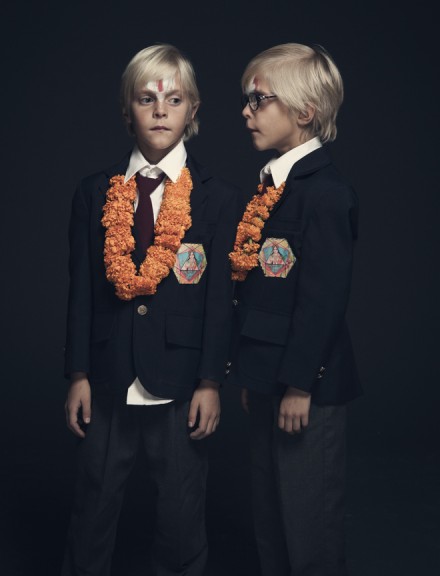 Each of the models carried with them on the catwalk an object which they placed on pedestals at the front of the temple. In the end viewers were left with a large installation of objects imbued with meaning by the slide lecture and fashion show. Ambiguously, the performance itself may have been a means to create this installation, or the installation may have been a by-product of the performance. Perhaps it is not as important to answer this question as to realize that wrapped up within it is the suggestion of performance’s fluidity. The willingness of Freeman and Lowe to engage in this fluidity may also lend clues to un-packing the multivalent meanings of their image stream. 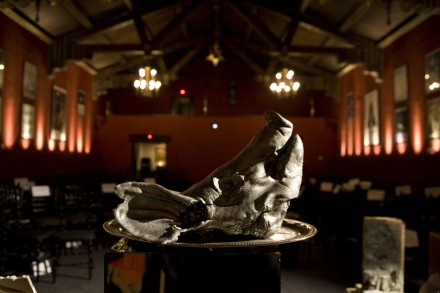 Also on view in Los Angeles at the Standard Hotel in downtown is an installation by the artists based on archival research. The project, entitled The Double Bind: Selections from the Anabel Vale Archive, brings together the artists’ work with pieces from the archive. While it is by no means a replacement for Shadow Pool: A Natural History of the San San International—nor is it meant to be—it is an excellent way to enter into the artists’ project. 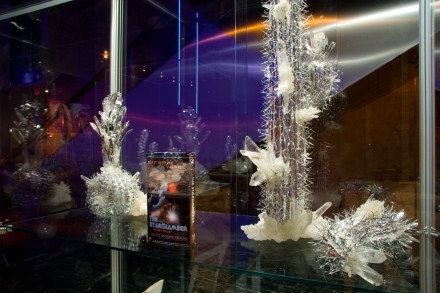 Jonah Freeman and Justin Lowe, installation image of The Double Bind: Selections from the Anabel Vale Archive at The Standard, Downtown Los Angeles. Image courtesy of the artists.

This entry was posted on Wednesday, November 16th, 2011 at 11:26 pm and is filed under AO On Site, Art News, Events. You can follow any responses to this entry through the RSS 2.0 feed. You can leave a response, or trackback from your own site.