AO On Site – New York: Maurizio Cattelan ‘All’ at The Guggenheim Museum through January 22, 2012 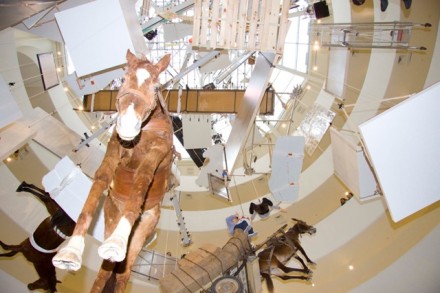 All photos on site for Art Observed by Zachary Concepcion.

Maurizio Cattelan: All at the Solomon R. Guggenheim Museum is the artist’s first and last retrospective—and should not be missed—according to Cattelan. Long thought of as both prankster and genius, Cattelan is known for his subversion of authority, and fittingly his retrospective challenges the traditional museum exhibition. His hyperrealistic statues and taxidermied animals question the norm with heavy and often humorous irony, while also carrying darker, more serious undertones, hanging like a gallows from the ceiling of the Guggenheim. 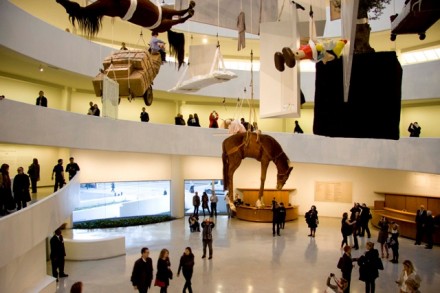 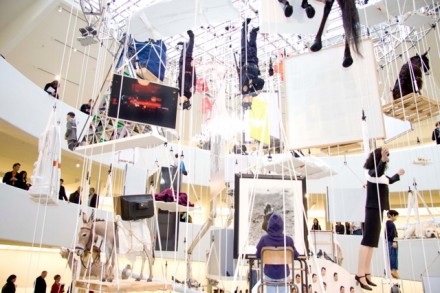 For the first time at the Guggenheim Museum, the exhibition is not mounted on its winding ramp; instead, Cattelan has designed a site-specific installation. Virtually everything created by the artist since 1989 dangles from the large oculus, chaotic and seemingly random. There are no labels or wall texts, only a large foldout map identifying the names and dates of each sculpture, with each turn up the ramp revealing new views and details. 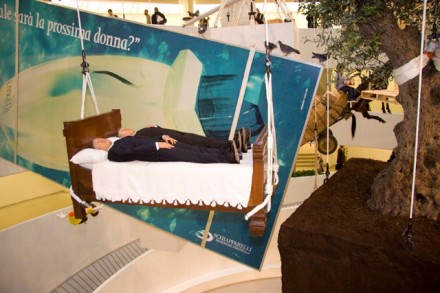 Nearly 130 individual pieces are strung up, as chief curator Nancy Spector writes, “Like laundry to dry.” Yet while playful at first glance, many of the objects are infused with a sense of death; a fitting undertone to Cattelan’s supposed retirement from making art. 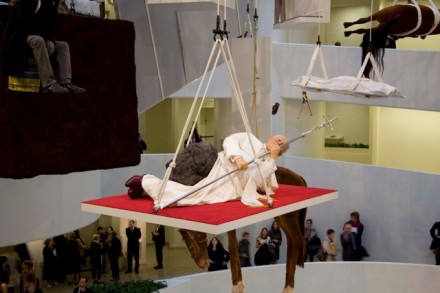 Maurizio Cattelan: All displays some of his most famous sculptures, including La Nona Hora (1999) which depicts Pope John Paul II struck by a meteor. Discussing La Nona Hora, Cattelan explains, “When I conceived of the sculpture it was going to be respectful. It was going to be an exhibit made up of an empty room with a statue of the pope welcoming you. But then a month before the show I was like, ‘Oh my God, this is so bad, I can’t show it.’ So I modified it. When I cut the figure apart I had to use a chain saw. I asked everybody to leave the room because I couldn’t cut it with people around. Even if I was damaging it, I was dealing with someone who needed to be treated with respect.” 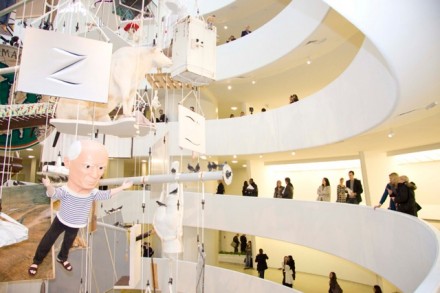 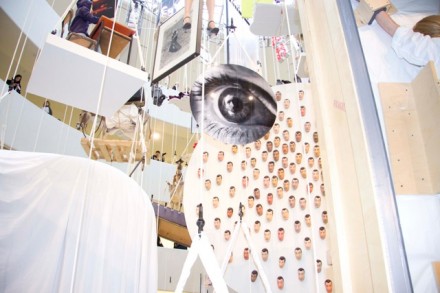 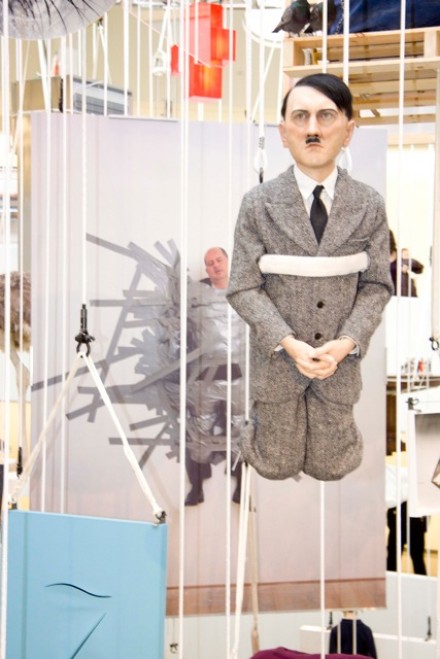 From the same series of iconic figures and perhaps even more upsetting is Him (2001), a sculpture of a child-sized Adolf Hitler, kneeling in prayer. When originally exhibited, Cattelan intended for people to approach this statue from behind, circling to the front to discover the face of Hitler. At the Guggenheim we see the statue from below, half hidden by other suspended works, his face revealed upon climbing the ramp. 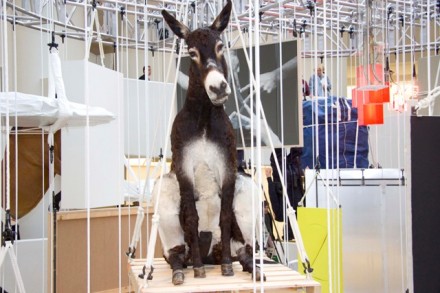 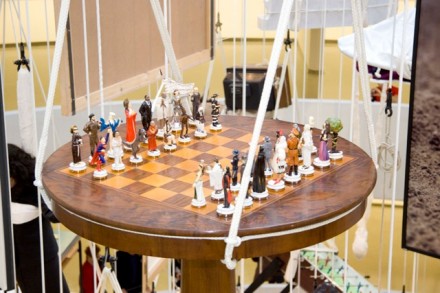 Cattelan’s next move remains to be seen. When asked in a recent interview about the possibility of future work, Cattelan responded, “There are already more [projects] in the pipeline, but I won’t be directly involved. I will just pretend that I’m dead.”

This entry was posted on Sunday, November 27th, 2011 at 12:24 am and is filed under Art News. You can follow any responses to this entry through the RSS 2.0 feed. You can leave a response, or trackback from your own site.