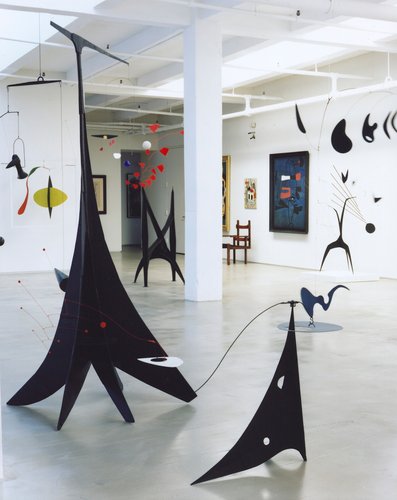 Installation view. All photos via Pace Gallery Site and the New York Times.

1941 marked both a beginning and ending for Alexander Calder. The artist was forced to give up aluminum as one of his key materials in support of the war effort—but not before having one of the most productive years of his life. That year, Calder dug into a number of approaches and techniques he had explored over the past ten years to create some of his best work. Now, the Pace Gallery in Manhattan is hosting a large-scale retrospective on Calder’s work from 1941, featuring some of his most well-known pieces as well as some rarely shown. 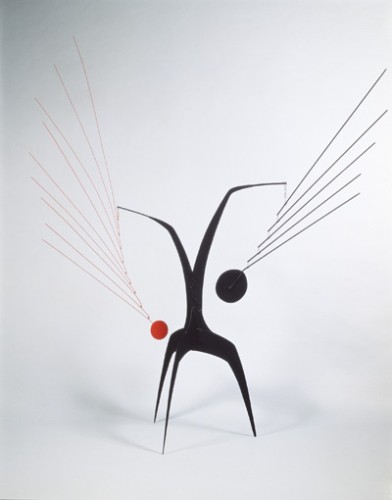 The works illustrate the artist’s exploration of movement in art; the interactions of enormous forms with the graceful movements of suspended shapes. Indeed, the continual interaction between huge and delicate, between ominous black and vibrant color, seems to inform many of the pieces at the gallery, showing Calder’s penchant for creating a compelling dialogue from simple structural elements. 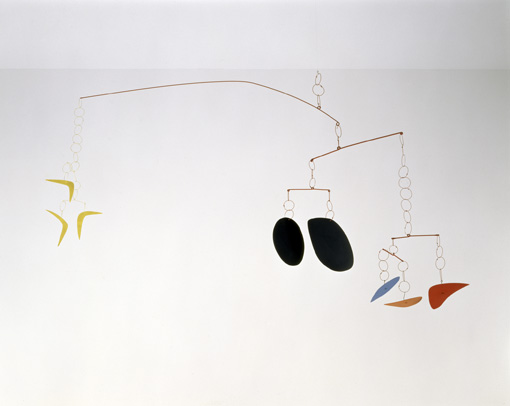 Two of Calder’s greatest works, Un Effet du Japonais and Boomerangs are both on view, examples of Calder’s experimentation with counterbalanced weights and kinetic movements which informed the creation of his mobiles. Visitors can also view Tree, an enormous wood and metal sculpture that hasn’t been seen in public since its first showings in the early 1940’s. 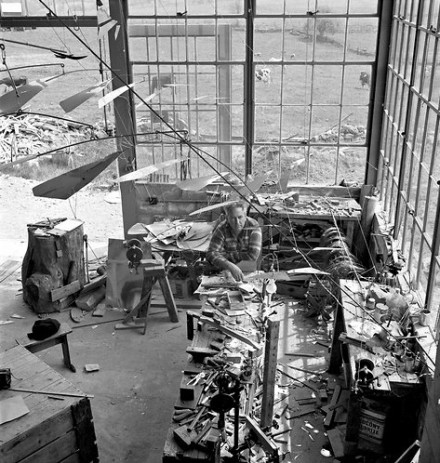 The show also features a number of photographs of the artist by photographer Herbert Matter, as well as an essay by Calder scholar Jessica Holmes. 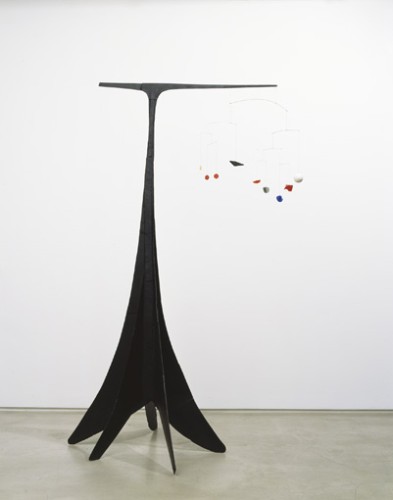 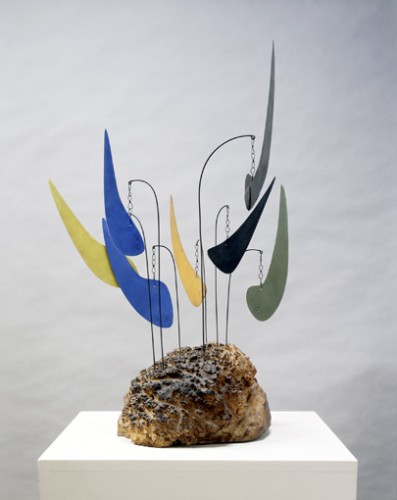 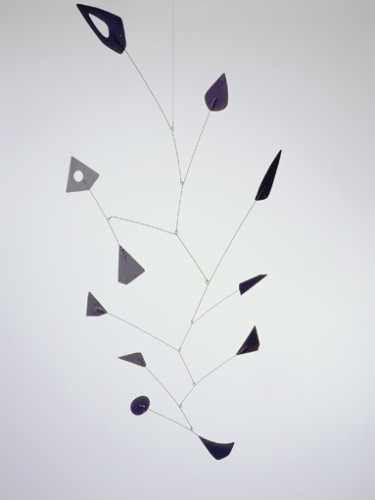 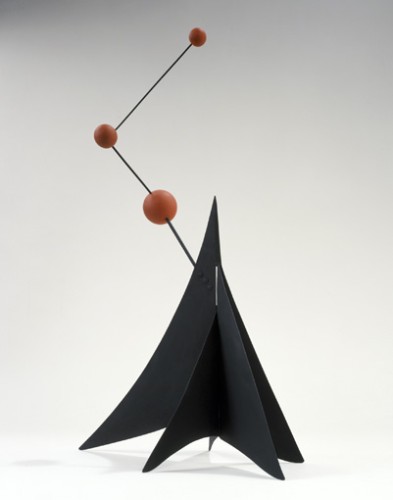 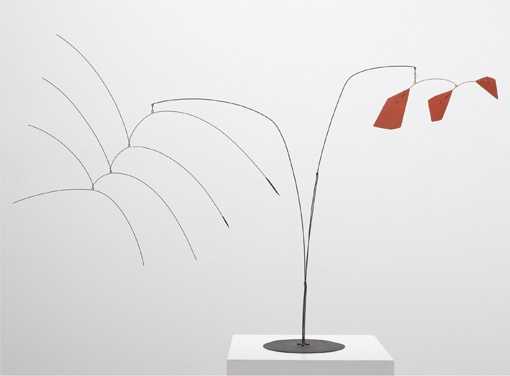 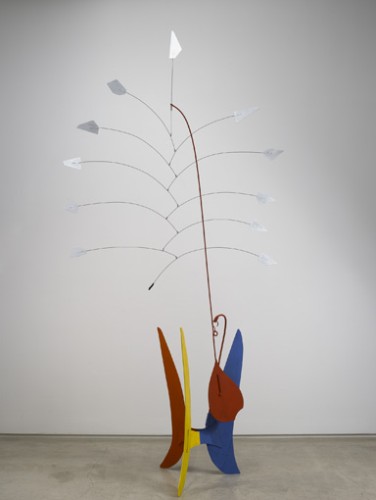 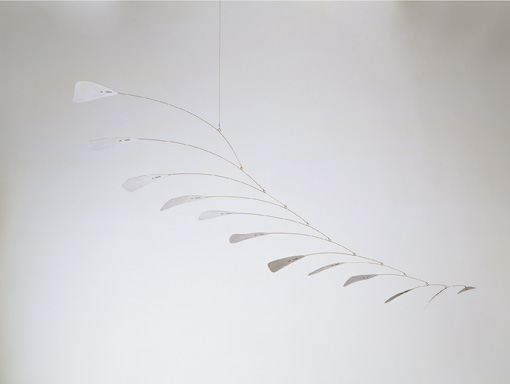 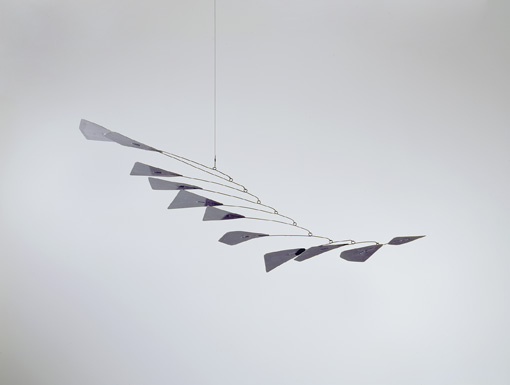 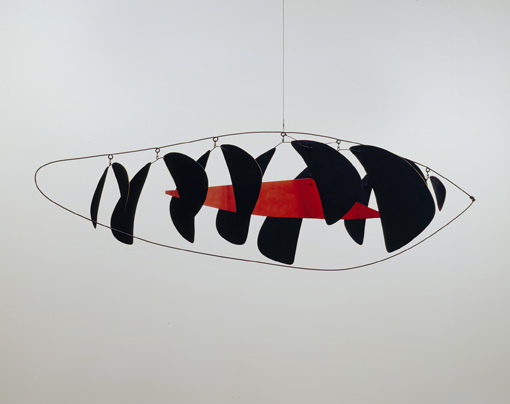 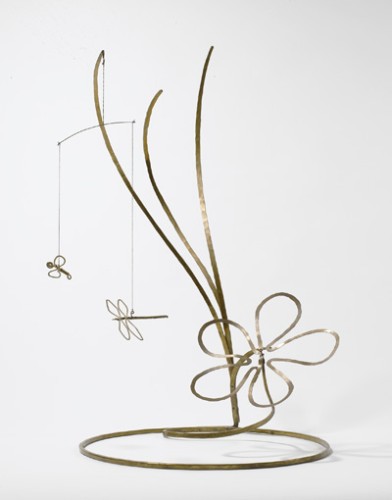 Alexander Calder, The Dragonfly and the Bee (1941)

This entry was posted on Monday, November 21st, 2011 at 12:01 am and is filed under Art News, Go See. You can follow any responses to this entry through the RSS 2.0 feed. You can leave a response, or trackback from your own site.