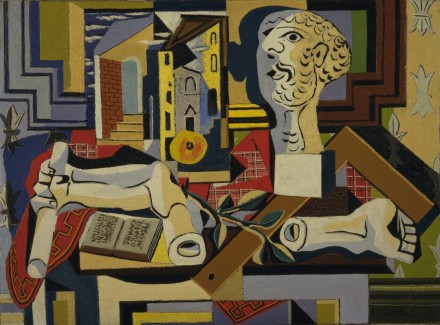 Modern Antiquity at the J. Paul Getty Museum displays the works of four iconic Modern Art masters who combined ancient objects with 20th-century aesthetics to create what are now seminal artworks. From Picasso’s post-cubist womanly forms to Picabia’s “transparencies,” one can experience the relation of these modern works to their classic counterparts in the setting of the Getty Museum, famous for its antiquities collection. Picasso, de Chirico, Léger, and Picabia each uniquely found inspiration in the antique classical objects in museums that they frequented. Despite the fact these ancient objects belonged to other times and cultures, these artists felt a contemporary affinity towards them as they made up part of their everyday life. This major exhibition focuses on the works these four artists made between 1905-1935. 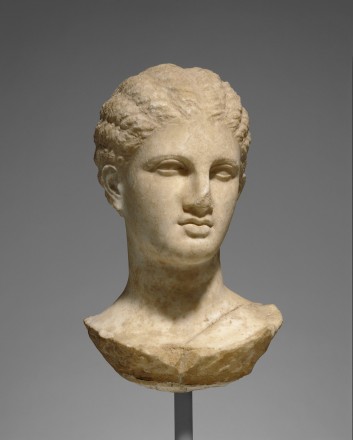 Head of a Young Woman from a Grave Naiskos, about 320 B.C., Greek (Attic), Marble. Image courtesy of The J. Paul Getty Museum.

Typically associated with the avant-garde of their time, it was a somewhat surprising twist that these artists began to look back to move their art forward. For Picasso this had to do mostly with the human body, evident in his mixtures of classical sculptures from the Greeks and Romans to help him invent new figurative forms. 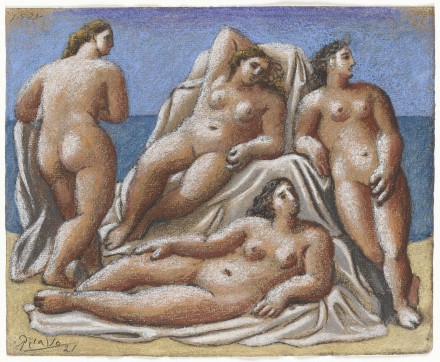 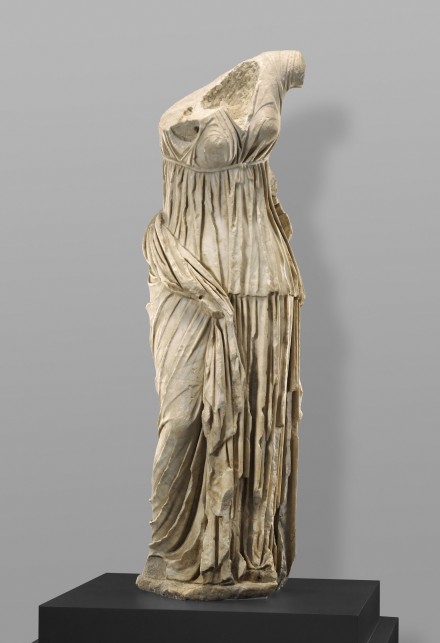 Torso of a Statue of a Draped Figure, possibly a Nymph or Muse (50 – 199) Roman, Marble. Image courtesy of The J. Paul Getty Museum 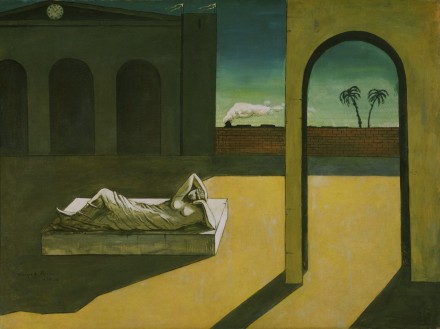 De Chirico, born in Greece, was already well-versed in the mythologies of his culture. His works combined the elements that not only literally surrounded him, such as the modern cityscapes, but also elements that encompassed his being, hence the dream-like classical images. 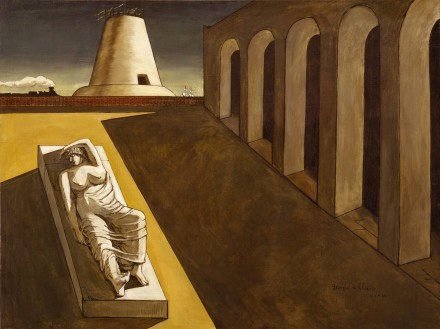 Léger used classical ideals of beauty to perfect his ideas toward modern technology, exploring this through paintings of mechanized figures, meeting sensuality with sleekness. 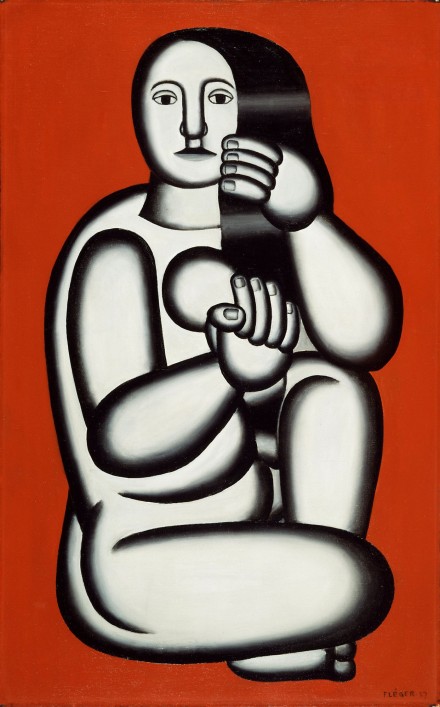 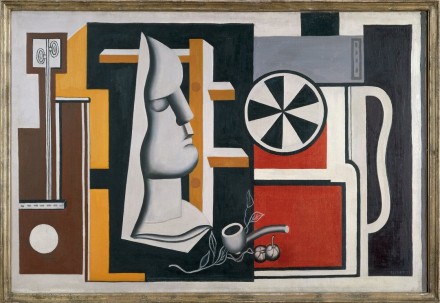 Picabia’s “transparencies” tend more toward the commentary and critique of the use of classicism by his peers. The “transparencies” feature heavily outlined forms layered over allegorical scenes. 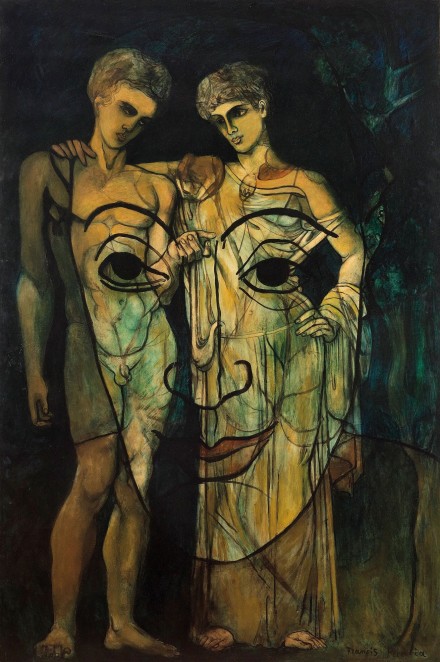 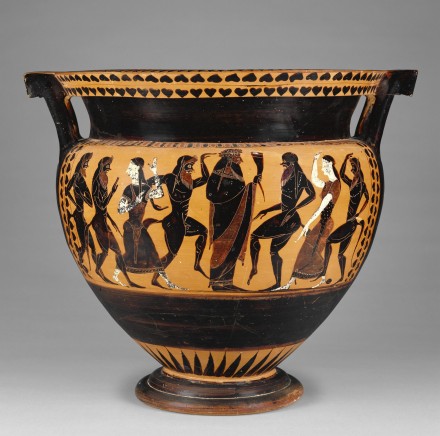 The exhibition is divided into three categories separating out themes of myths and stories, bodies, and objects. In each category the viewer is able to see how each artist individually relates to these themes. Deliberately exhibiting the works of Picasso, de Chirico, Léger and Picabia alongside ancient artworks—all except one piece belonging to the Getty—allows the dialogue between these time periods to continue. In this approach, not only can the viewer better grasp the affinities these artist’s had to ancient classical forms, but the classical pieces are also given a chance to speak within new context.

After its closing at the Getty, the exhibition will travel to the Musée Picasso, Antibes from February 16–May 20, 2012.

This entry was posted on Monday, December 19th, 2011 at 11:33 pm and is filed under Art News, Go See. You can follow any responses to this entry through the RSS 2.0 feed. You can leave a response, or trackback from your own site.