Go See – London: ‘Leonardo da Vinci: Painter at the Court of Milan’ at the National Gallery through February 5, 2012 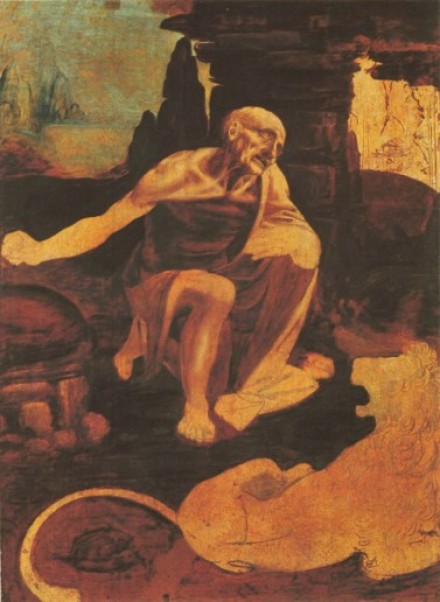 The National Gallery‘s Leonardo da Vinci: Painter at the Court of Milan brings together the most comprehensive display of surviving paintings and drawings by the artist to date, as only a small number of da Vinci’s works remain accounted for. While da Vinci’s interests included painting and sculpture, anatomy, engineering, and music, the National Gallery defines the scope of the show to drawings and paintings dated primarily within the 1480s and 1490s—the period in which da Vinci was the court painter to the Duke of Milan, Ludovico Sforza. 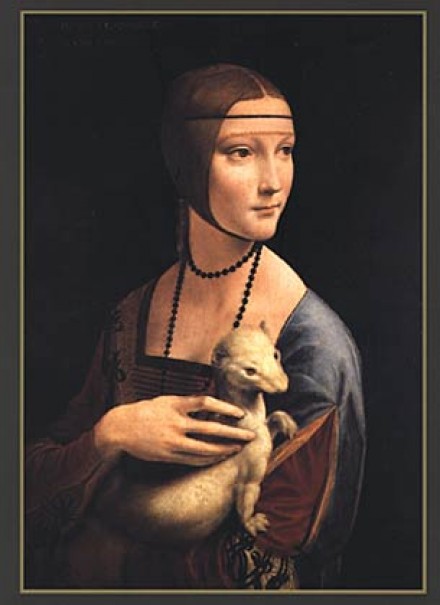 Leonardo da Vinci, Portrait of Cecilia Gallerani: Lady with an Ermine (1489–1490). Image via the Czartoryski Museum. 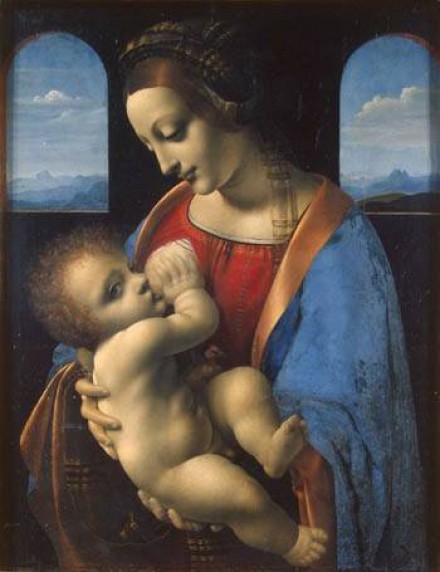 During this period da Vinci painted the Virgin of the Rocks, originally intended for the Milanese Confraternity of the Immaculate Conception. A subsequent dispute resulted in its sale, and a second version was created consequently. The earlier depiction now belongs to the Louvre, while the second is owned by London’s National Gallery. The recent restoration of the later Virgin of the Rocks partially inspired the exhibition, and the paintings are on display together for the first time. 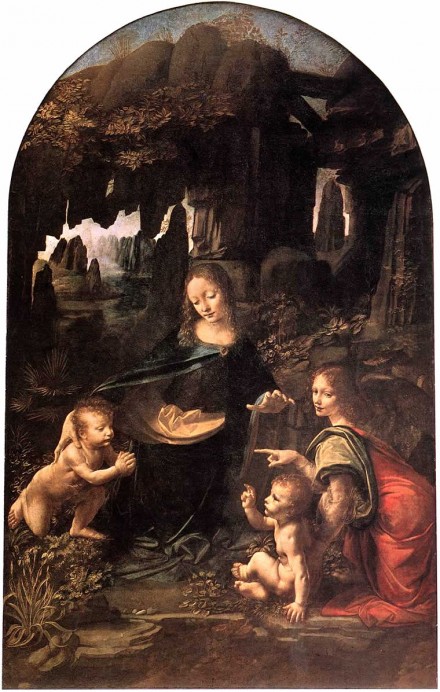 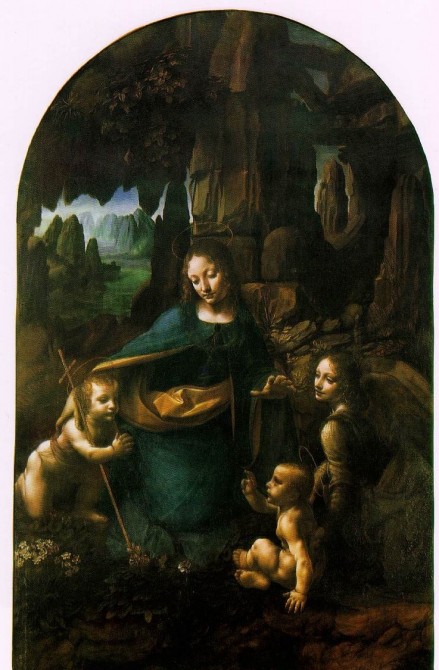 Although the two representations appear remarkably similar, the later London version exemplifies a seemingly more mature style and artistic complexity. Da Vinci also added halos and John’s cruciform stick to the second edition in an attempt to further identify the religious figures, though some scholars argue that these elements were painted in by a later artist and not da Vinci.

Also exhibited is a portrait of Duke Ludovico’s mistress, Portrait of Cecilia Gallerani: Lady with an Ermine (1489–1490) (seen at top). Da Vinci was one of the first artists to use oil paints, and this work exemplifies his mastery of the new medium. While Stoats symbolize purity, here, the animal takes on a double significance: Ludovico was a part of the Order of the Ermine.

The paintings are accompanied by da Vinci’s preliminary drawings and sketches, which illuminate the intention and process behind each painting. A Kneeling Angel (circa 1480–1484) is a drawing of an angel in motion with the angel’s arm shown in two positions, representing the moment between thought and expression. 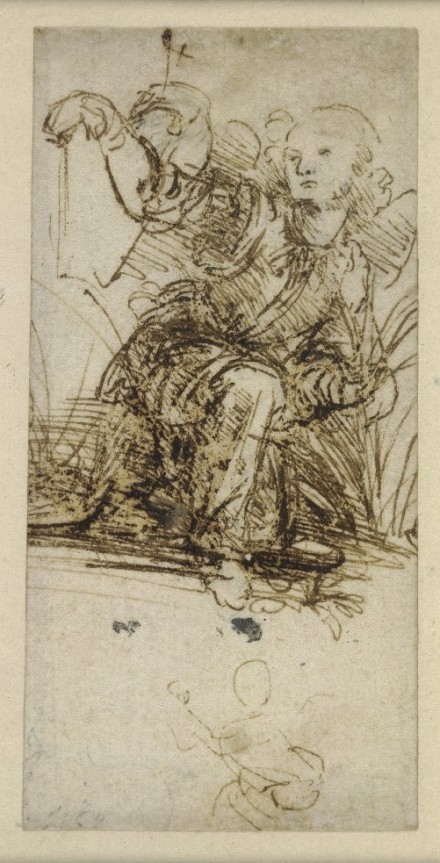 While da Vinci’s gift has long been studied and celebrated, Painter at the Court of Milan provides the rare opportunity to view many of his surviving paintings together. The exhibition enables visitors not only to study individual images, but also to understand his abilities within the greater context of his artistic oeuvre.

This entry was posted on Tuesday, December 20th, 2011 at 12:01 am and is filed under Art News, Go See. You can follow any responses to this entry through the RSS 2.0 feed. You can leave a response, or trackback from your own site.

2 Responses to “Go See – London: ‘Leonardo da Vinci: Painter at the Court of Milan’ at the National Gallery through February 5, 2012”