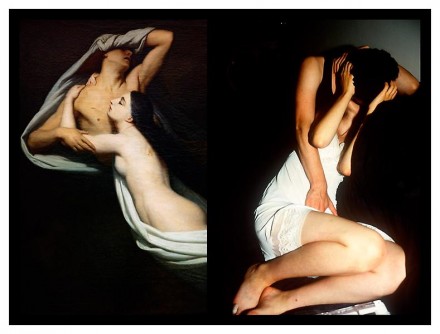 Nan Goldin: Scopophilia at Matthew Marks Gallery is the artist’s first exhibition in New York since 2007. Scopophilia, referring to the love of looking, contemplates Goldin’s images gathered from throughout her career, presenting them alongside recent photos shot at the Musée de Louvre. Her unprecedented after-hours access to the Louvre’s collections gave rise to new pairings and new interpretations of older work, as well as a 25-minute slide show. 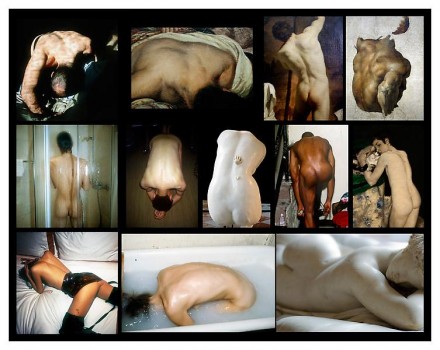 Goldin is celebrated for her powerfully intimate images, voyeuristic at times, and her photographs of works in the Louvre’s collection are no different. Although many of the works shot are recognizable (including works by Bernini, Renoir, and Pontormo), Goldin has captured details that may well be missed by many, and by pairing the artworks with real humans, she has drawn out nuances not yet considered before. The Back (2011), for example, is a large print featuring twelve smaller images each of a human back. Those of statues and painted figures along with actual spinal cords and shoulders, the collection brings to light the slight differences—the tan lines, the underwear, the bald-spots. 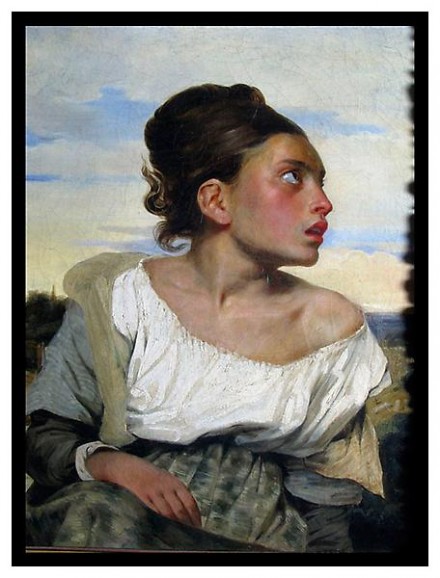 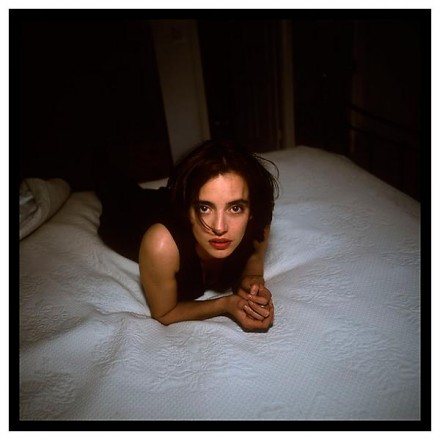 An entire room in the gallery is devoted to pairings Goldin has selected in which a painting from the Louvre is coupled with a portrait. Jeune orpheline au cimetière, Delacroix (2011) was painted by Delacroix in 1824 and is displayed with Amanda, NYC (1996). Amanda lies across a bed, while the young orphan girl was painted in portrait—the connections left to interpret. 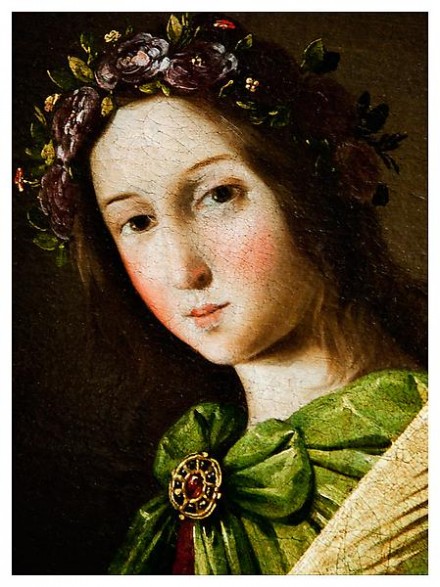 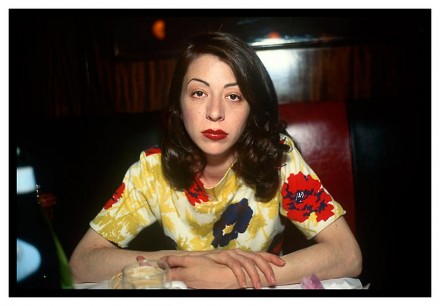 This entry was posted on Tuesday, December 13th, 2011 at 1:00 am and is filed under Art News, Go See. You can follow any responses to this entry through the RSS 2.0 feed. You can leave a response, or trackback from your own site.