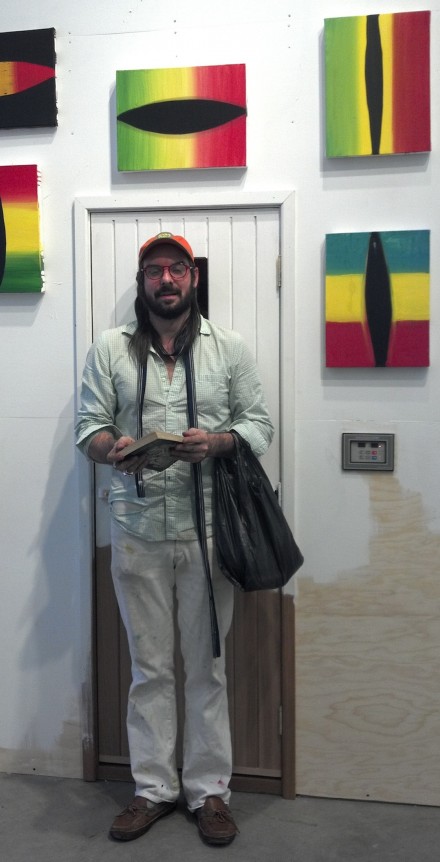 Spencer Sweeney at Gavin Brown’s enterprise. All photos on site for Art Observed by Samuel Sveen.

Alongside owning and operating the well-known downtown venue Santo’s Party House, Spencer Sweeney divides his time among music, visual arts, and event promotion. Accordingly, his current show at Gavin Brown’s enterprise, The Pharaoh’s Lounge, explores the intersection of these interests, with a show that blurs the lines between art installation, night club, and, quite literally, a hookah lounge. Dara Friedman also presents separately a black and white film, The Dancer, in an additional space of the gallery. 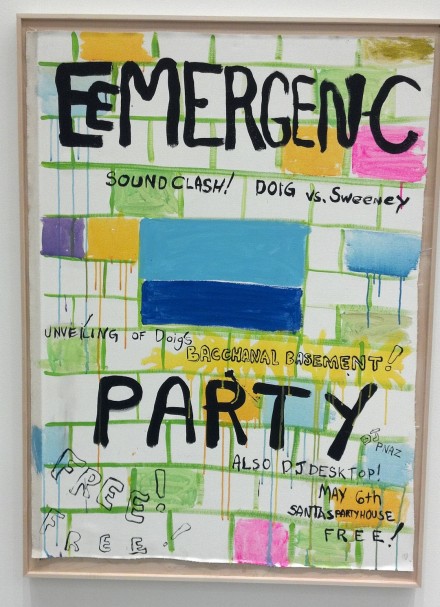 The first space of Gavin Brown’s enterprise is lined with painted posters for past events at Sweeney’s ‘Party House,’ promoting bands and including other show information. Into the next gallery another steady row of work hangs, though more varying in size and content, ranging from a large dancer to smaller more abstract paintings. A large plush gold pyramid rises in the center, inviting visitors to sit and relax. 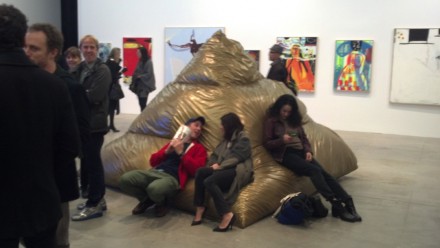 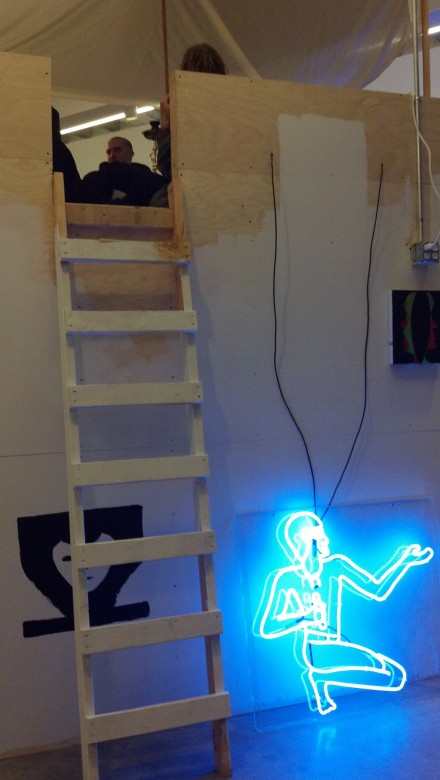 Aside from the pyramid, a freestanding “Lounge” features a fully functioning sauna on ground level, with a small hookah bar atop its wooden frame. Guests are invited to use both of these, though the sauna has reportedly been underutilized. The interactive two-story Lounge, and couch-like golden pyramid, challenge the nature of the gallery space, recontextualizing the concepts of art, music, and live events within relatively traditional frameworks. 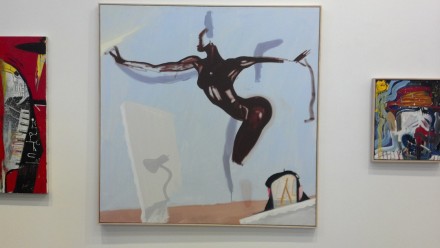 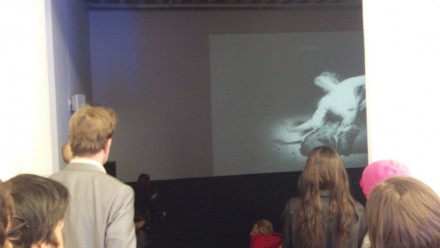 Technically a separate show, Dara Friedman’s The Dancer adds an additional layer of media, a black and white 16 mm film playing in the darkened third space of the gallery. Following dancers—and their motives—making use of street signs and lights throughout public spaces in Miami, “It is a film about movement.” 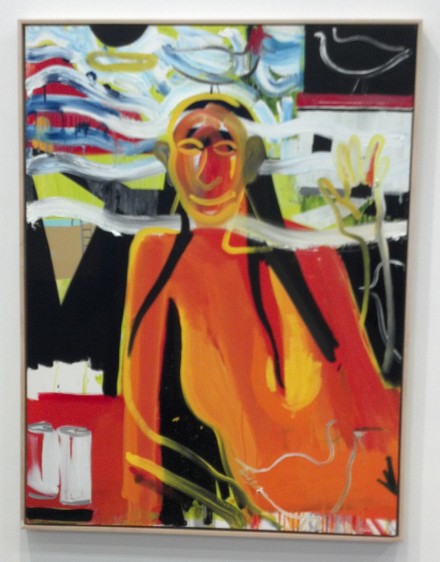 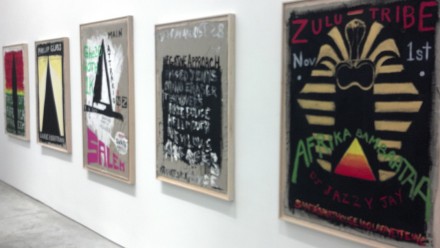 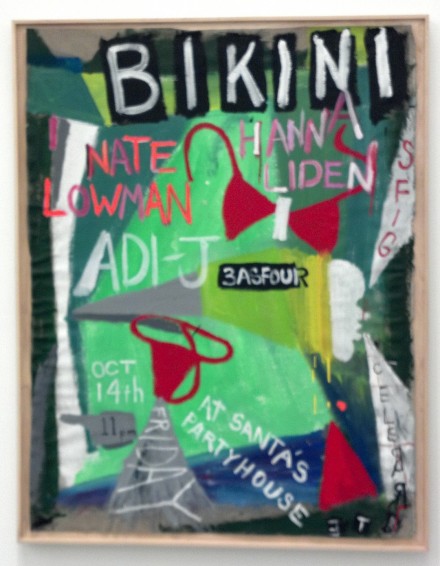 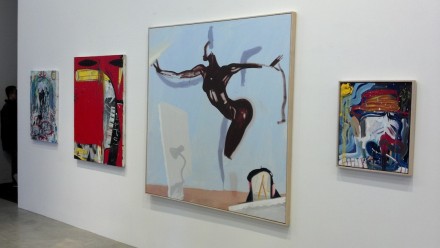 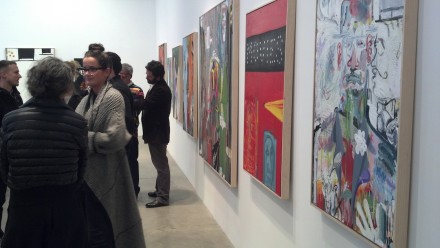 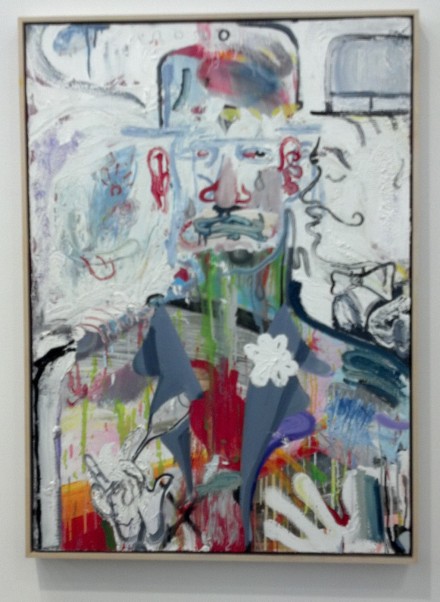 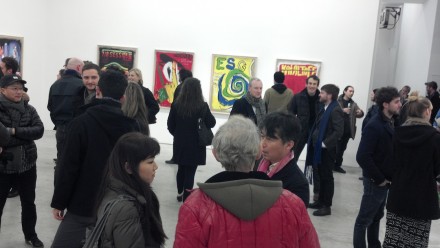 Managed Care Weekly Digest October 4, 2010 Harrisburg for years has enjoyed lower unemployment levels than much of the rest of the state, owing to its diverse economy and position as the capital of the Keystone State. But unemployment is up across the board, and even the city government itself is on the brink of declaring bankruptcy, saddled with large debts and inadequate revenues.

The economy and healthcare reform are putting pressure on health systems and physicians to curb costs and find increased efficiency while health plans continue to adapt to meet rising demand for wellness programs and lower-cost options for employers.

Questions Answered in this Report One bright spot in the health system sector is that expansion projects that were put on hold in the depths of the recession are now going forward and the market does offer potential for revenue growth. Which local health system formed a new partnership with Concentra Urgent Care, where the health system is now directing urgent care patients? Which health system has broken ground on a new $255 million, freestanding childrens facility to open in 2012? What is the status of a regional health information exchange in Harrisburg? What is the status of ambulatory surgery centers in this market? here concentra urgent care

Physicians in the Harrisburg market are largely connected to the consolidated hospitals sector, which is mostly controlled by four health systems. Which health system is has launched a new medical home partnership with the markets second-largest insurer, Capital BlueCross, using the primary care physician practices that it owns? Are physicians adopting electronic medical records and e-prescribing in greater number? Are malpractice cases growing or decreasing? go to website concentra urgent care

Premiums and costs are continuing to rise and health plans are continuing to do more to cater to the individual market. Meanwhile, employers are increasingly turning to consumer-driven plans paired with pre-tax health savings accounts and health reimbursement arrangements. Which local health plan is pioneering and expanding the use of retail insurance stores in the market as a way to cater to individual members in a comfortable, storefront setting? Which health plan has introduced a new evidence-based oncology program in the market, and is using physicians to craft guidelines in order to produce higher quality care and lower costs?

This entry was posted on Tuesday, December 13th, 2011 at 12:40 am and is filed under Art News, Go See. You can follow any responses to this entry through the RSS 2.0 feed. You can leave a response, or trackback from your own site.