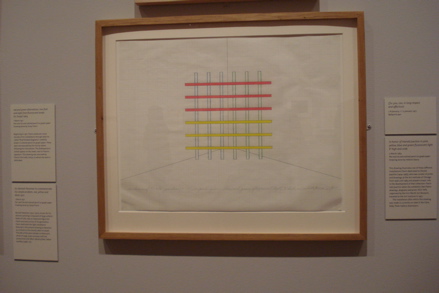 The Morgan Library & Museum is currently exhibiting Dan Flavin: Drawing, a retrospective of the Dan Flavin’s works on paper, from pencil to charcoal to watercolor. Primarily comprised of pieces made by the artist himself and a group from his personal collection, this body of work demonstrates Flavin’s abilities as a draftsman, as well as an installation artist. More than one hundred of Flavin’s own pieces are on view, starting with his abstract expressionist watercolors from the 1950s and ending with pictures of sailboats made with conté crayon in the late 80s and early 90s. Also included in this collection are a series of plans that the artist made in preparation of his renowned fluorescent light installations. 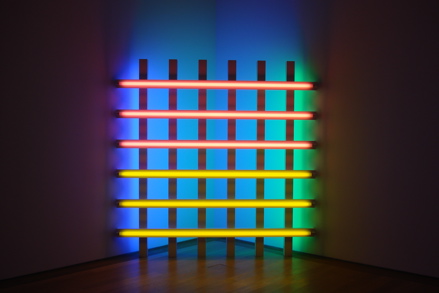 Flavin was born in the suburbs of New York. In his early 20s, he spent time in the Air Force where he was trained as a meteorological technician. He began to study art during his enlistment through military schooling programs. Once he returned to New York City, Flavin continued his art education with short stints at both the Hans Hofmann School of Fine Arts and the New School for Social Research. He finished at Columbia University, studying painting and drawing. His early friends and influences on the New York art scene included Sol LeWitt, Lucy Lippard, Robert Ryman and many of the Abstract Expressionists. Flavin, in addition to all he produced himself, was an avid collector of art. Throughout his life he purchased art from his peers and also purchased both foreign and older works that are on display in this show. 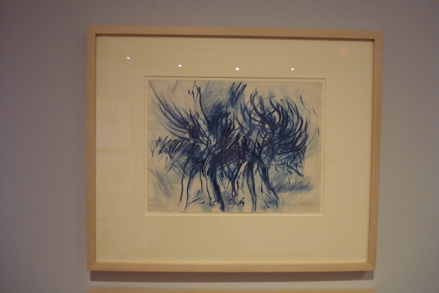 Flavin’s intellectual pursuits are evident throughout the show; many of these pieces are infused with details that demonstrate the artist’s interest in both science and literature. Flavin’s knowledge of meteorology can be seen in some of his earliest drawings of landscapes that have been affected by the elements. The influence that the Abstract Expressionists had on Flavin is also present in this period of his work, in the emotive colors and strokes. The subject of his 1957 drawing blue trees in wind is indicative of his interest in nature, while the vibrant blue and gestural strokes echo the work of artists he admired such as Willem de Kooning and Franz Kline. It was during this time that Flavin began dedicating his works to friends, family, and public figures (often deceased) whom he held in high esteem. Chamber Music I is dedicated to the writer James Joyce, a literary figure whose name appears in the title and dedication of many of Flavin’s pieces. 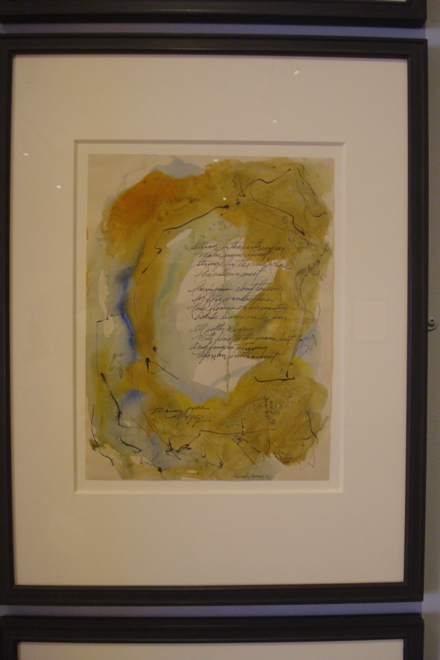 Upon entering the second floor gallery, viewers are greeted by Flavin’s untitled (to the real Dan Hill), one of the two fluorescent light sculptures featured in the show. This piece is comprised of pink, yellow, green, and blue light that is emitted in two directions; outward toward the room and back in toward the corner it rests in. The second light sculpture is displayed by itself on the first floor, in the Clare Eddy Thaw Gallery, a small one-room venue. This piece, untitled (in honor of Harold Joachim), is an eight-foot square grid, also composed of pink, yellow, green, and blue fluorescent lights. In between both of these pieces, which mark the physical beginning and end of the show, are the drawings that provide a back-story for Flavin’s renowned installations. 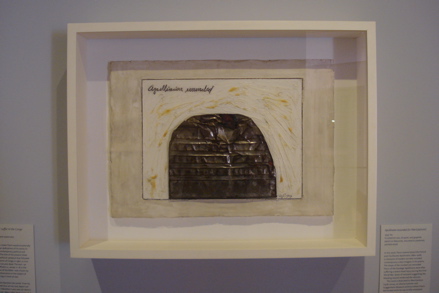 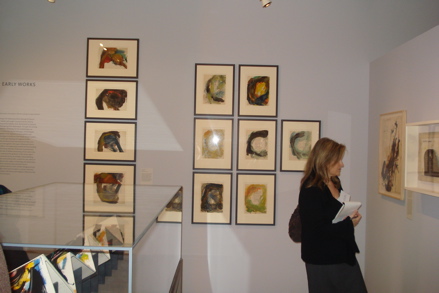 Installation shot of the front room 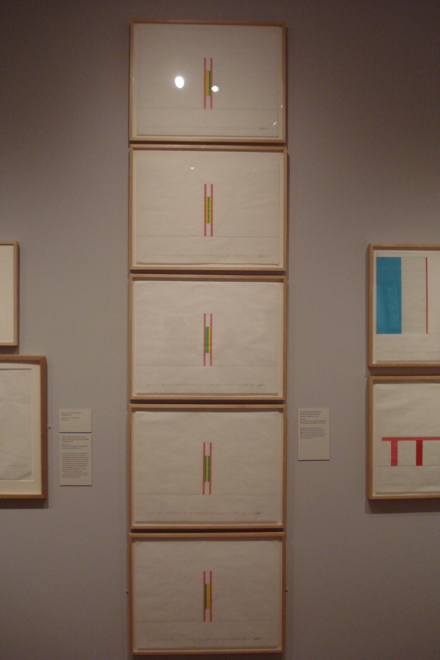 Dan Flavin, For Annemarie and Gianfranco in pink and yellow and green fluorescent light (1-6) (1987-89) 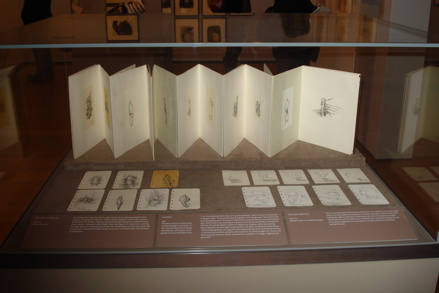 Installation shot of glass case from the front 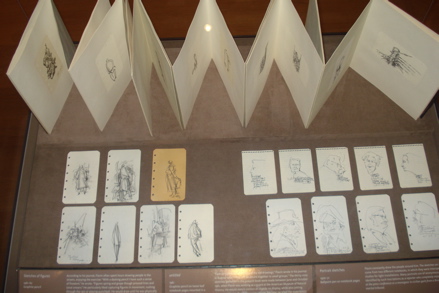 Installation shot of glass case from above 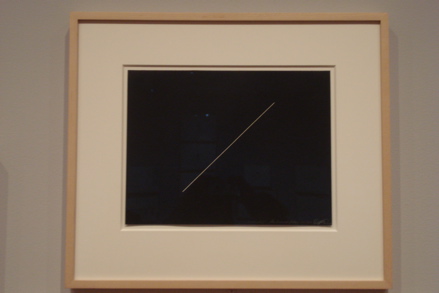 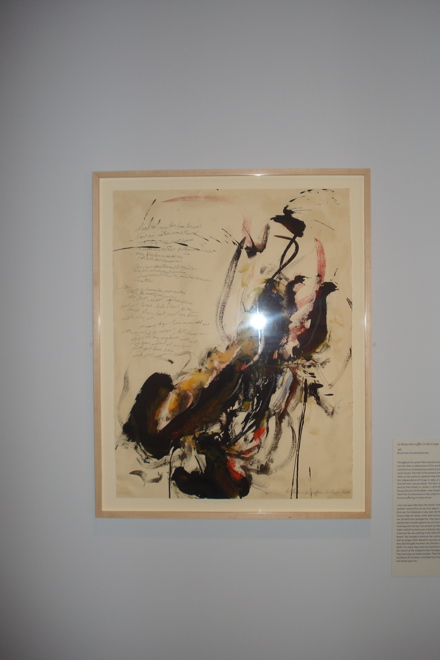 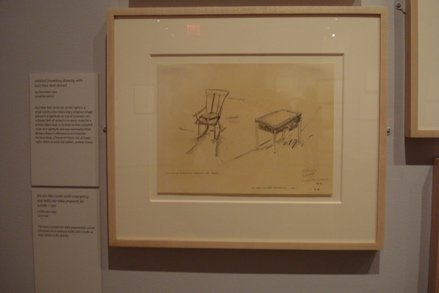 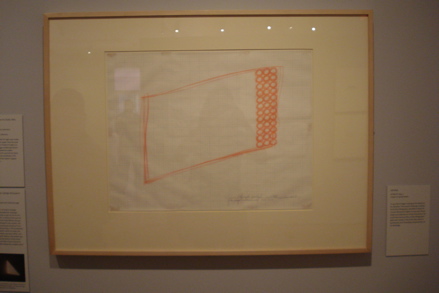 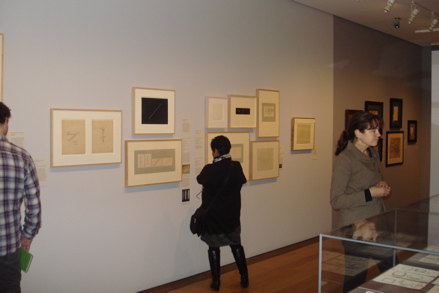 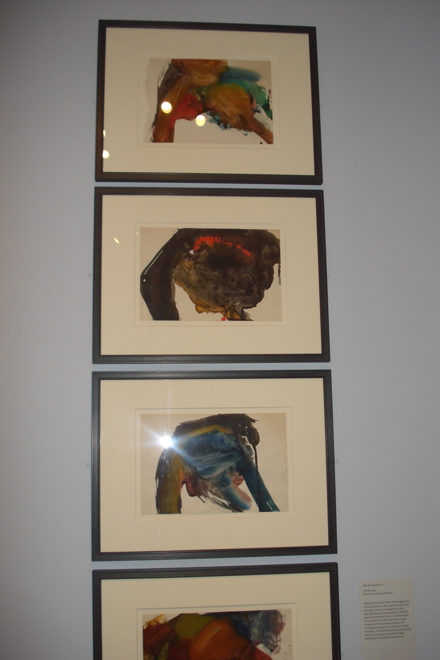 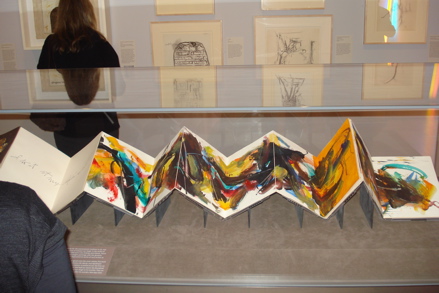 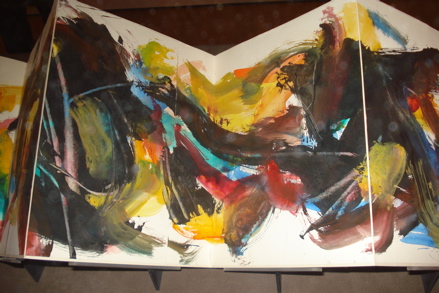 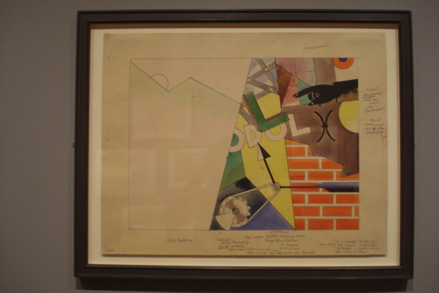 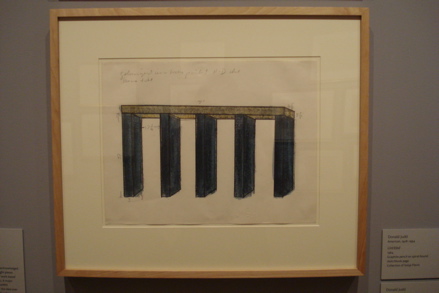 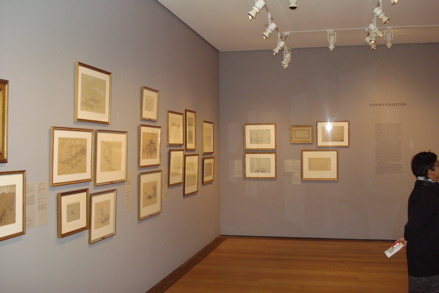 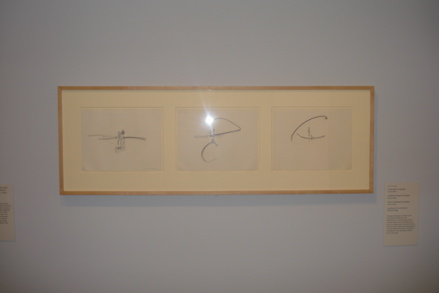 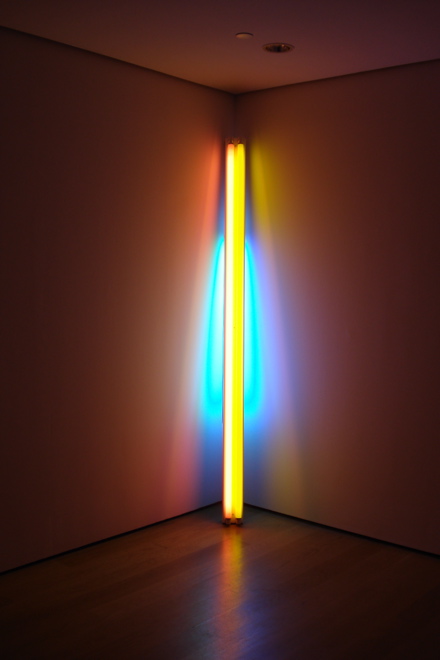 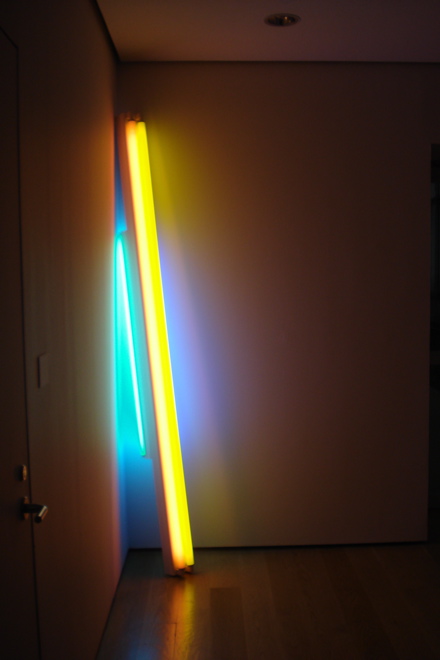 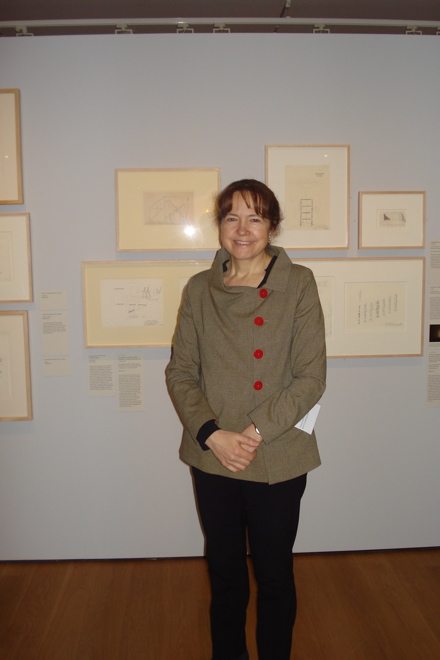 Acquavella Curator of Modern and Contemporary Drawings Isabelle Dervaux organized the show. The exhibition was also made possible by Flavin’s son Stephen, who provided many of the pieces on view, and has been in charge of his father’s estate since 1997.

This entry was posted on Tuesday, February 28th, 2012 at 9:36 am and is filed under AO On Site, Art News, Go See. You can follow any responses to this entry through the RSS 2.0 feed. Both comments and pings are currently closed.