The Philosophy of Andy Warhol (From A to B and Back Again)
(Andy Warhol, 1977)
Read More and Buy↠
Home » AO On Site – Greenwich, Connecticut: David Altmejd at The Brant Foundation through March 31, 2012

AO On Site – Greenwich, Connecticut: David Altmejd at The Brant Foundation through March 31, 2012 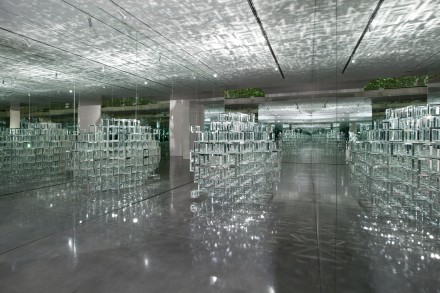 For sculptor and installation artist David Altmejd, structure continues to play an integral role to the exhibition layout as well as the conceptual art itself. Currently on view at The Brant Foundation in Greenwich, Connecticut, the chronological and aesthetic diversity of the showcase lends itself to many labels, potentially defined as a small-scale retrospective or a massive installation. Altmejd explained on a tour of the exhibition that he intensively sought the corporeal as cognitive—the use of the human body as an artistic commentary. 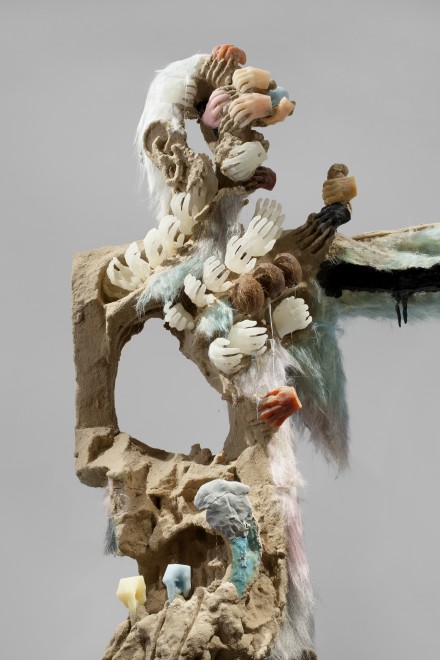 His trademark werewolf motif is thoroughly exhibited, as well as specially constructed 12-foot figures, covered in resin hand models, neon fur, and smatterings of coconut shells. Pigeons by Maurizio Cattelan remain on the window sill, an extra piece of Brant’s extensive collection. The multitextural, multicolored Goliath figures seem almost comical, and when asked if there was an element of humor to the works, Altmejd admitted he “got a little giggly” around the coconuts. 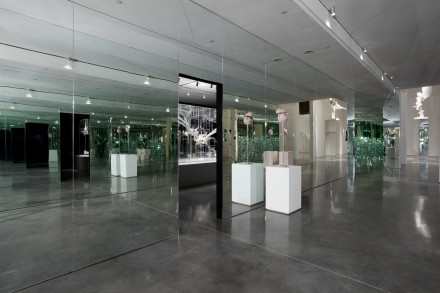 The humorous influence in the works is just one element of Altmejd’s attempt to build a critically physical point of intellectual departure. The glitter and colors on the werewolf series are deliberately distracting; Altmejd feels the work does not need to be minimalist to be conceptual. Like the resin hands on the giant figures, hands smear in plaster on the walls, calling the concept of shaping art itself into question. Aesthetically, the plaster takes on a very different appearance from the large-scale figures, reminiscent of Roman figures in classical white. 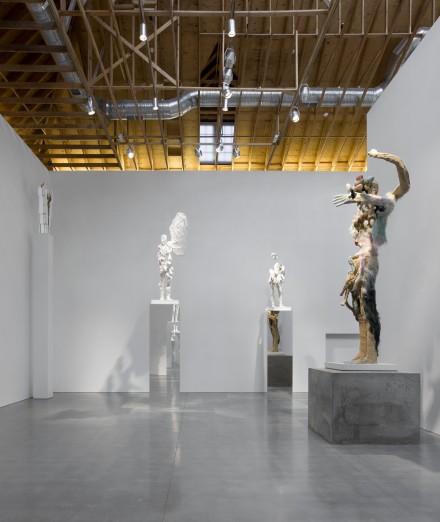 Upon entering The Brant Foundation, the first pathway of rooms are covered in wall-to-wall cracked mirrors, facing each other to produce an illusion of infinite space. Altmejd continues this theme of freeing space with his plexiglass cases, singled out in their own rooms. Within the compositions, he experimented with gridded threads, metallic chains, and small, shiny ants crawling inside and around the outside of the plexiglass. Though at first the clear boxes seem to encase, the artist’s intention was to create a permanent sense of invisibility, or freedom in floating, for the work. This artistic freedom seeks to express the artist’s interest in harnessing a physical manifestation of energy. 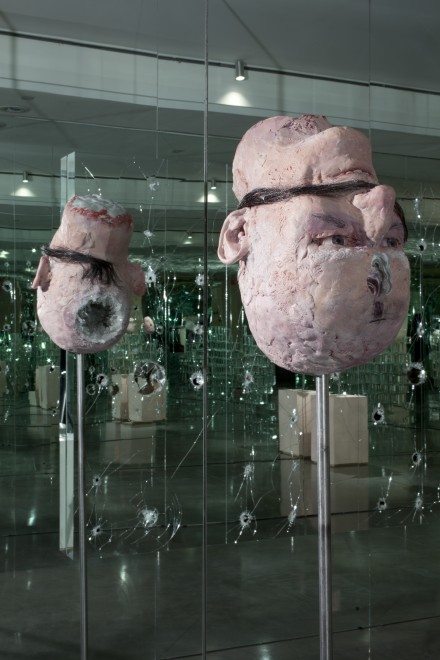 During Armory Week, Andrea Rosen Gallery arranged for private cars to travel from Chelsea to the Brant property for an intimate reception in back-country Greenwich. The intention was to combat what director Andrea Cashman called the “mental leap of leaving the city,” as well as the gated community’s appointment-only security rule. Along with the Andrea Rosen team, Altmejd himself was on site to answer questions and review his work. Andrea Rosen Gallery will invite art collectors with Altmejd to Greenwich again on March 26th, but appointments are typically made without either party. 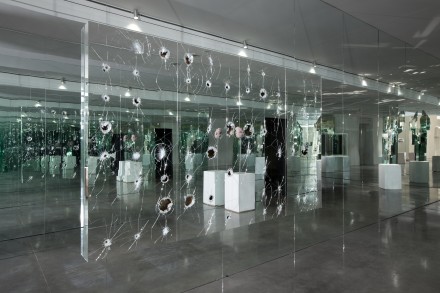 Brant’s contemporary art taste is perhaps both varied and cutting-edge. He has been a noted art aficionado since as early as his undergraduate career in the 1960s, with a publishing empire today that includes Art in America, Magazine Antiques, and Interview, the latter of which was founded by his late friend Andy Warhol, whose work Brant collects. Brant began collecting Altmejd’s work in 2007, after he saw Altmejd’s representation for Canada at the 2007 Venice Biennale. David Altmejd is only the third exhibiting artist ever at The Brant Foundation, after Urs Fischer and Joshua Smith respectively. 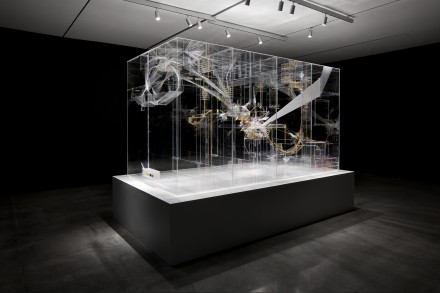 The Brant Foundation is a 9,800 square-foot converted barn, located on the much larger grounds of a 200-acre estate, with large windows in the seating area facing Brant’s polo fields. Stables and one of his private residences are elsewhere on the property. For the Fischer exhibition, the interior of The Brant Foundation was structurally overhauled, most notably by digging out the floors of the building. 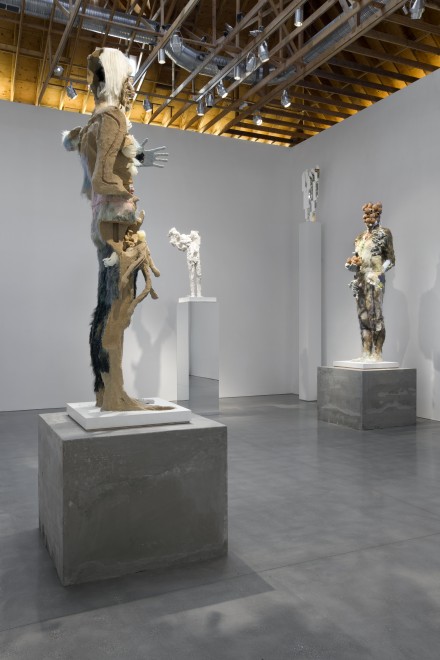 David Altmejd, 38, was born and educated in Montreal, Canada. Although his initial study of biology at McGill University continues to inform his artistic choices, Altmejd switched to studying art at the Université du Québec à Montréal, later receiving an MFA at Columbia in 2001. He has since remained based in New York, currently working in Long Island City. In addition to Andrea Rosen in New York, Altmejd is represented by Xavier Hufkens in Brussels, and Stuart Shave Modern Art in London. His next exhibition will show in London this fall 2012.

This entry was posted on Sunday, March 25th, 2012 at 10:21 pm and is filed under Art News, Go See. You can follow any responses to this entry through the RSS 2.0 feed. You can leave a response, or trackback from your own site.