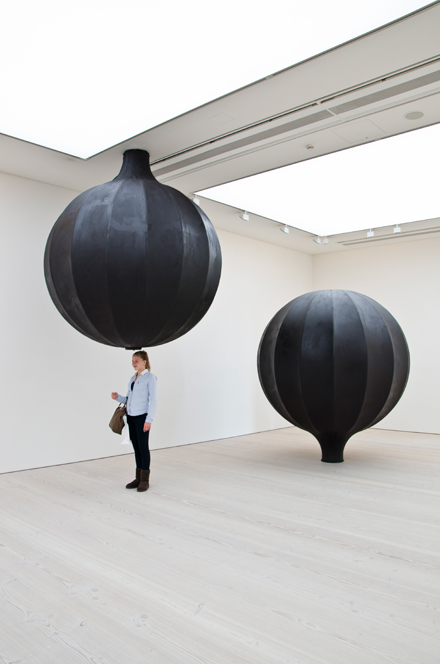 The Saatchi Gallery in London is currently showing the work of twenty-four artists who work in, or are from, Germany. The exhibition, titled Gesamtkunstwerk: New Art From Germany, gives the audience a chance to see artists who come from the currently lively German art scene. Charles Saatchi has been collecting for over thirty years, and has had had numerous influential shows, often focusing on younger artists. The current exhibition continues a focus on younger artists, although there are some older as well, including Isa Genzken (born 1948). All three floors of Saatchi’s London gallery have been put to use, providing the larger pieces with plenty of room, and offering a rather impressive overview of contemporary art being made in Germany today.

Berlin based Thomas Zipp’s Schwarze Balons [Black Balloons], for example, fill up an entire corner of a room. While Thomas Kiesewetter’s often colorful metal sculptures are scattered through several rooms, and call to mind Anthony Caro’s rusty works from the seventies and eighties. 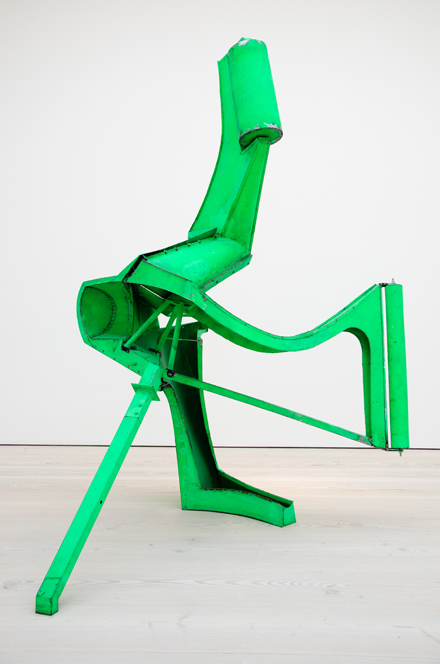 An older generation is also represented, with Isa Genzken and Georg Herold, who has a couple of his large reclining anthropomorphic sculptures in the exhibition. Herold and Genzken were born in Germany, though many of the artists participating in the show were not, such as Jeppe Hein and Kirstine Roepstorff, who are Danish but work in Berlin. Andro Wekua, another non-German, is showing a large installation of ceramic painted panels, Sunset. 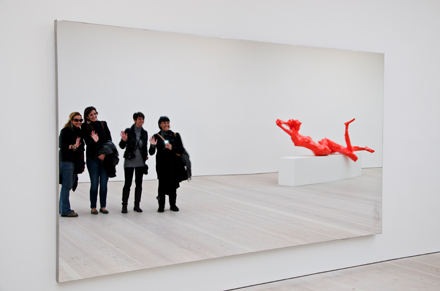 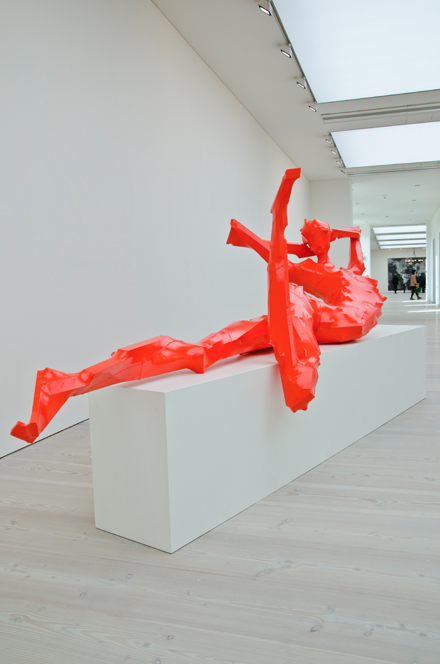 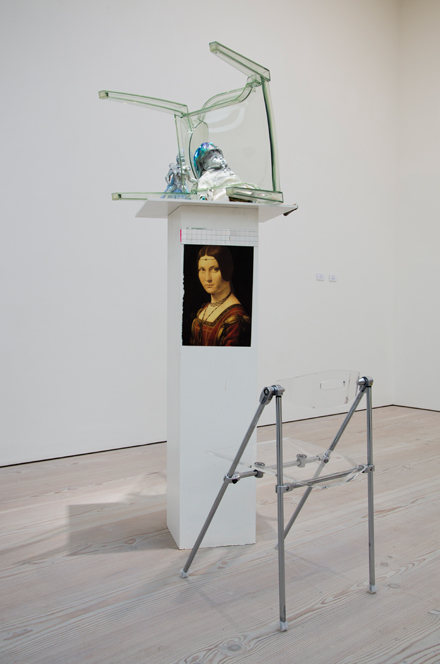 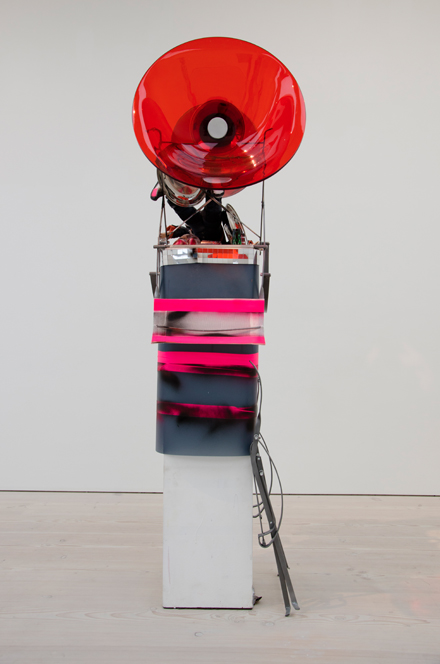 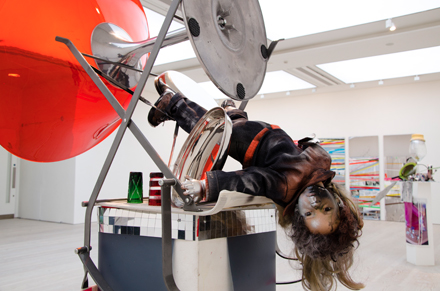 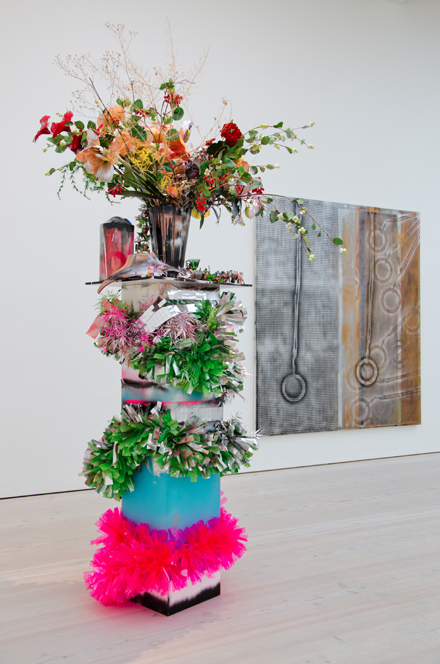 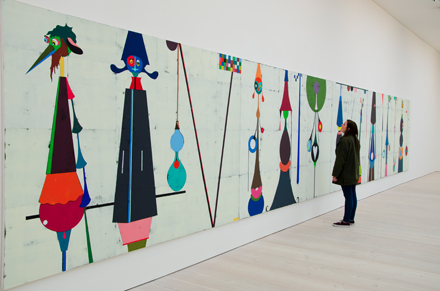 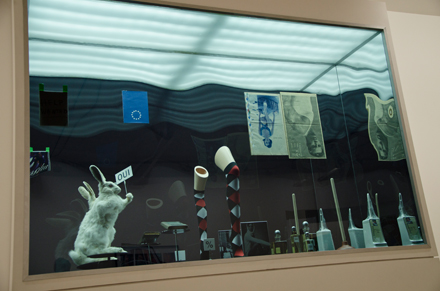 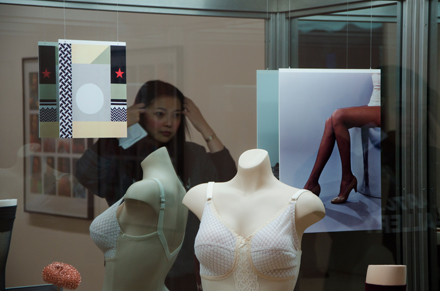 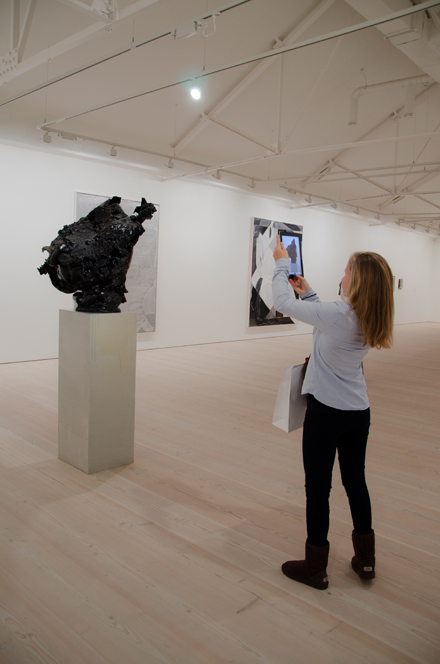 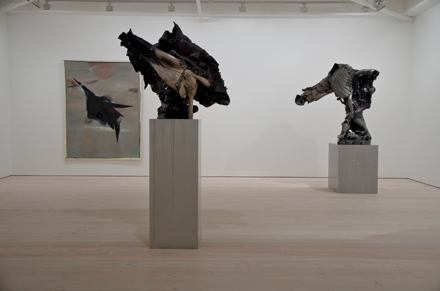 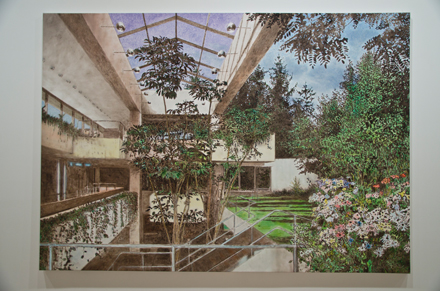 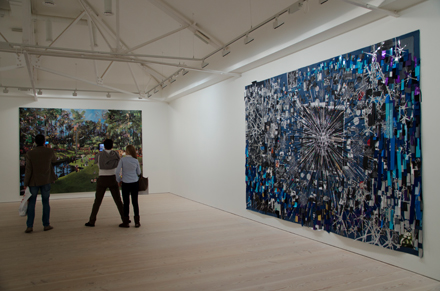 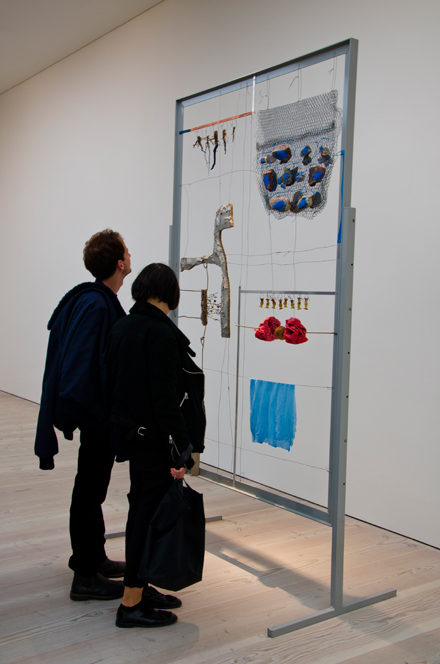 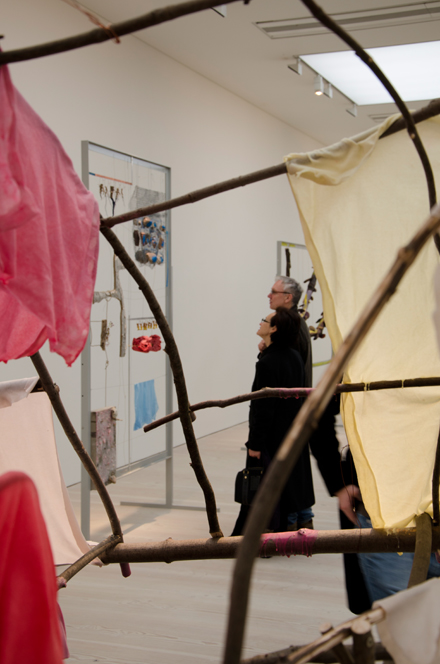 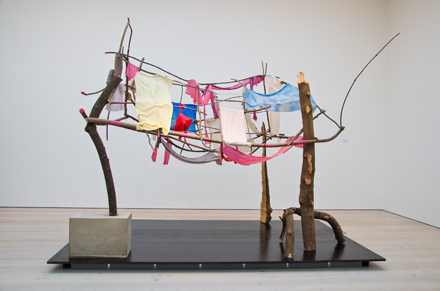 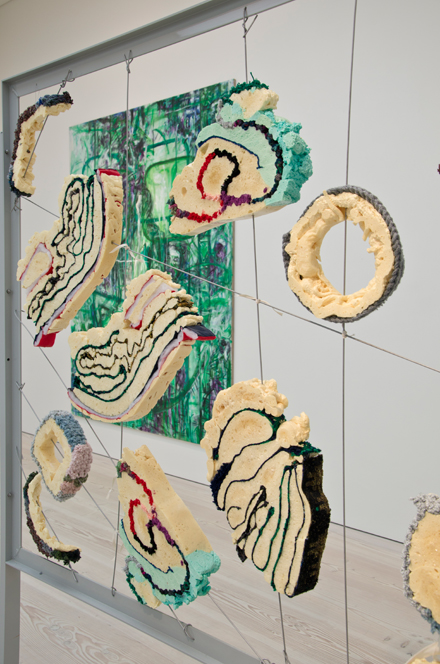 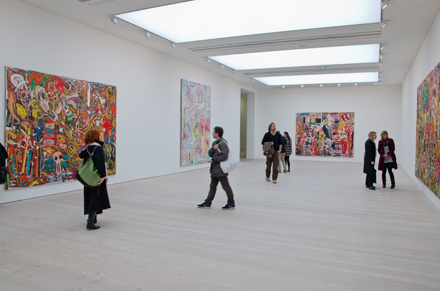 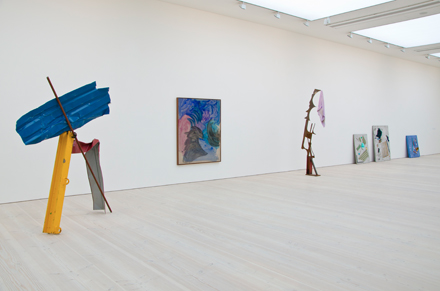 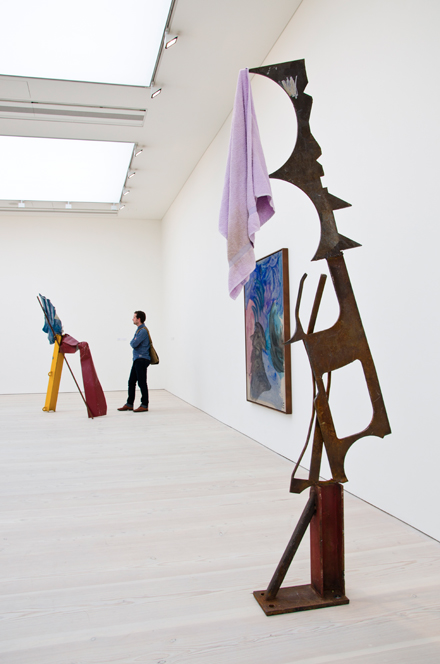 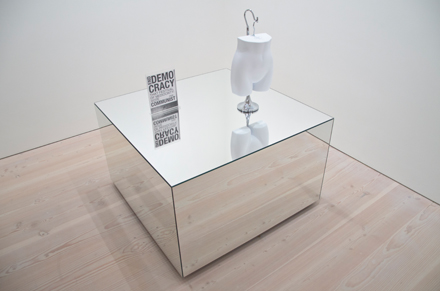 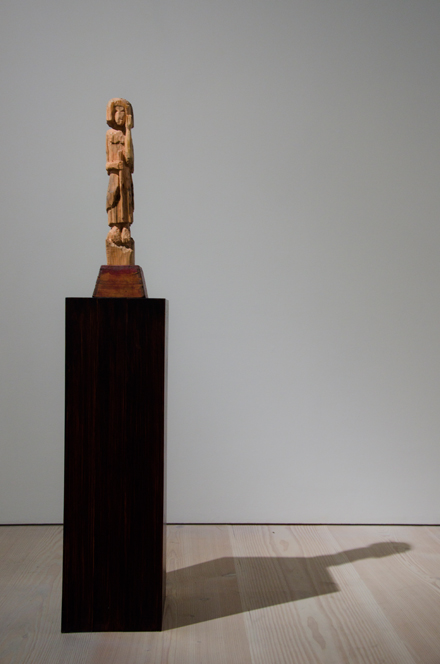 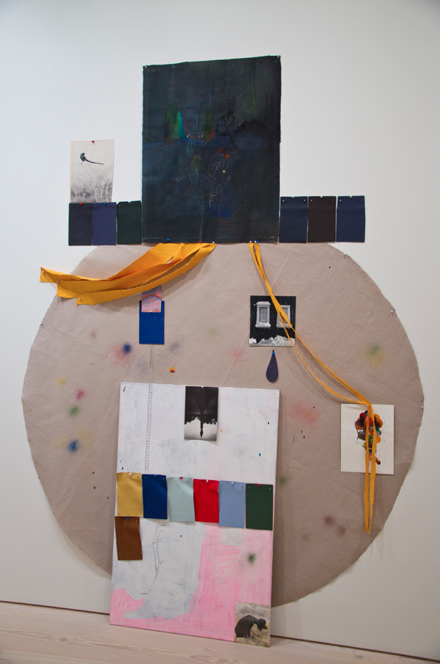 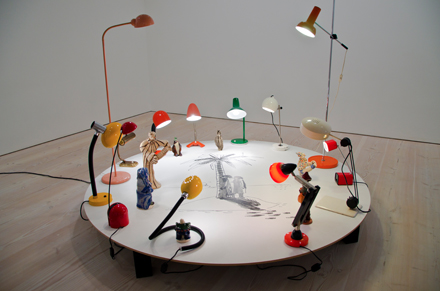 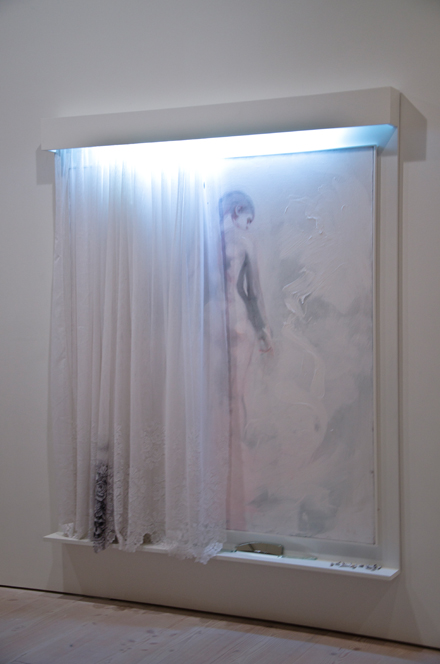 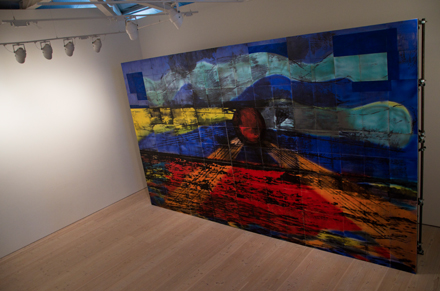 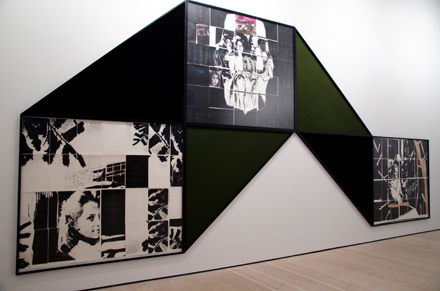 This entry was posted on Monday, March 26th, 2012 at 11:57 pm and is filed under Art News. You can follow any responses to this entry through the RSS 2.0 feed. You can leave a response, or trackback from your own site.