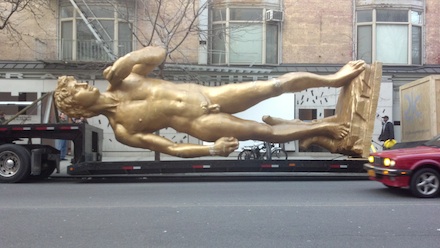 Serkan Özkaya, David (Inspired by Michelangelo) (2005). All photos on site for Art Observed by Samuel Sveen.

Istanbul-born artist Serkan Özkaya’s 30-foot golden foam sculpture, David (Inspired by Michelangelo) is parked outside Storefront for Art and Architecture in SoHo today at Kenmare and Centre Street. The sculpture will tour New York tomorrow, passing by the Armory Show, before its final destination of 21c Museum in Louisville, Kentucky. The work was shipped from Turkey, acquired by the American museum in 2011. Özkaya originally created it for the 9th International Istanbul Biennial in 2005, though it collapsed six days before the event began. After restoring the original, two additional copies were cast. The artist grew up producing small replicas of sculptures he was unable to actually see in person; the double-sized David also has no current plans to visit its original in Florence. At the Storefront for Art and Architecture tonight from 6:30 to 9:30 pm is a Manifesto Series presentation and discussion “on the topic of Double,”—doubling, replicating, copying—paneled by artists, architects, critics, historians and theorists, including MoMA PS1 and Art International Radio founder Alanna Heiss, among others. 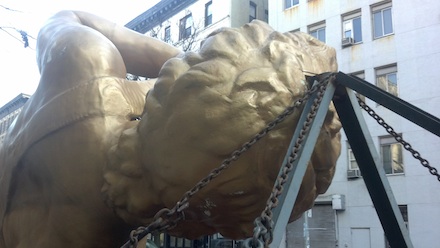 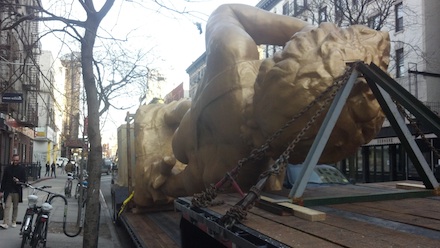 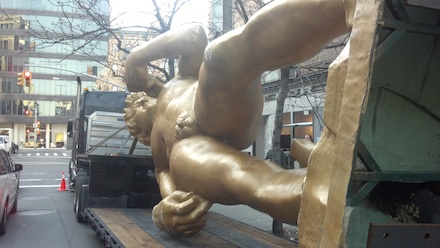 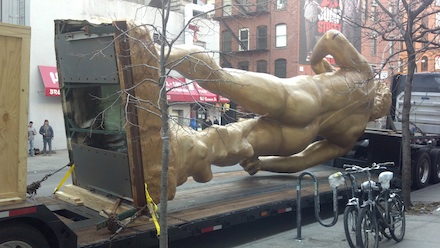 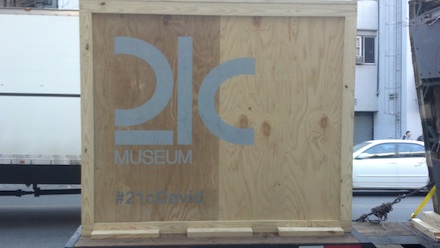 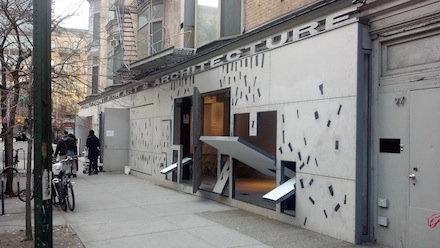 This entry was posted on Tuesday, March 6th, 2012 at 6:48 pm and is filed under AO On Site, Art News, Go See. You can follow any responses to this entry through the RSS 2.0 feed. You can leave a response, or trackback from your own site.