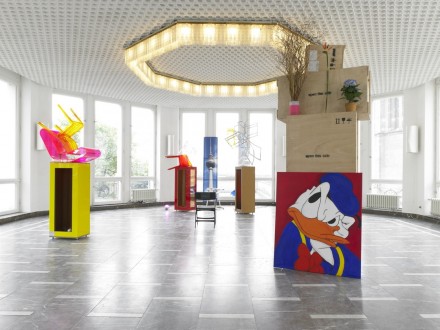 German artist Isa Genzken presents a new constellation of works Hallelujah at the Schinkel Pavillon in Berlin, Germany. Genzken works primarily in sculpture but is known to also employ other media such as film, photography, works on paper, and collage in her works. Her practice, known for drawing on the legacy of Minimalism, often involves a critical dialogue with Modernist architecture as well as contemporary culture. 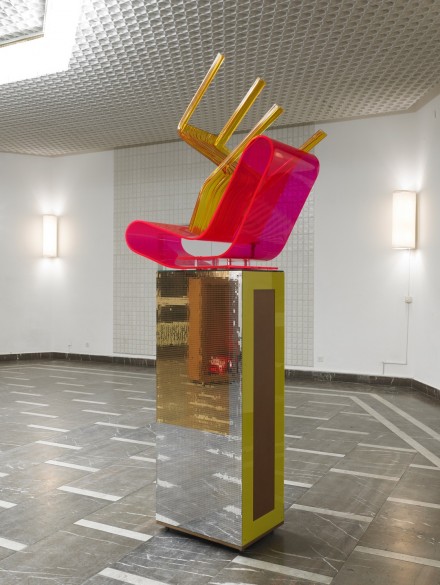 The exhibition consists of four sculptural installations located in the main room and three collages in the gallery’s reception area. The sculptures are open stands made from MDF boxes, partly covered in mirrored paper. Kartell chairs, specifically the Frilly Chair and the LCP Chaise Lounge, balance delicately atop. Small figurines, a staple of Genzken’s work, are placed in or around each sculpture, lending a sense of scale to each creation. 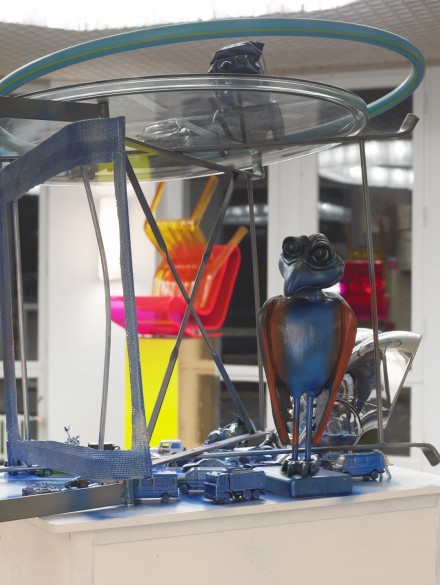 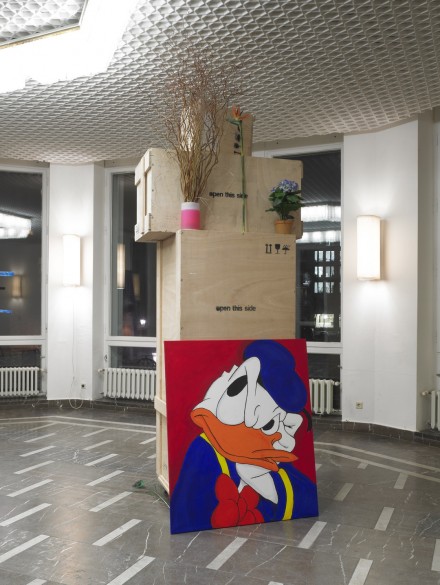 Untitled (2012) is constructed from museum transporting crates, the entire piece a reference to the New Museum in New York where Genzken’s Rose II currently rises above Bowery Street; A Bird of Paradise flower stands-in for the 28 foot pink rose. 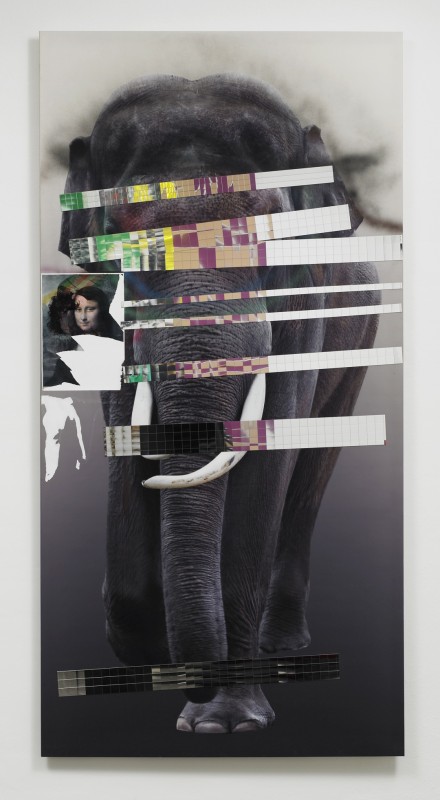 The collages in the exhibition are a collection of images from both the artist’s personal life and images that relate to her aesthetic and practice. Cute animals, famous artists, and again the mirror paper are incorporated into these works, creating a sort of autobiographical document that can be read on many levels. 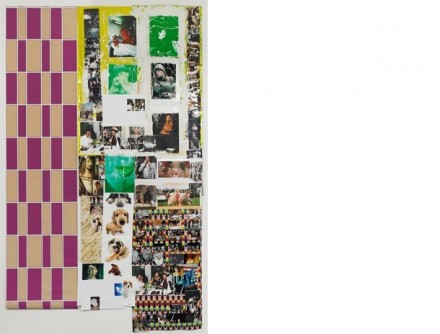 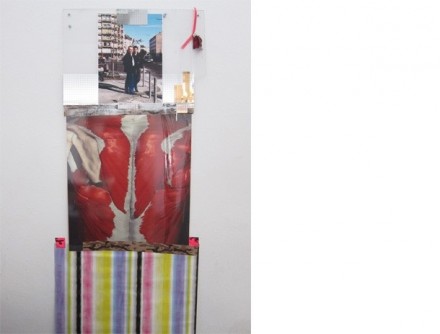 The exhibition was presented along with a premiere of the film ‘Die Kleine Bushaltestelle (Gerüstbau),’ screened at the Kino Arsenal in Berlin the last weekend of January 2012. The film was made by Genzken and Kai Althoff between 2007 and 2010. The exhibition and film find connection in material, the plastic chairs from the sculptures sometimes acting as filters for the camera lens, and the main sculptural installation itself is a reference to a film set. 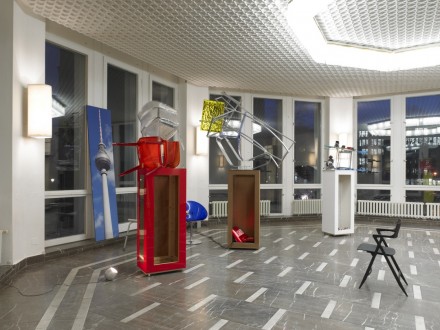 In the center of the exhibition room one finds a director’s chair with ‘Hallelujah’ written across the back, as if it is the title of the film being made. The chairs placed around the two larger sculptures form a dialogue between the objects with the large screen print of Berlin’s TV tower completing the cinematic backdrop.

The Schinkel Pavillon, directed by Nina Pohl, is a former GDR building constructed in 1969 by architect Richard Paulick as part of the crown palace park. It maintains all of its original fixtures and regularly hosts sculptural exhibitions.

This entry was posted on Sunday, March 11th, 2012 at 6:29 am and is filed under Art News, Go See. You can follow any responses to this entry through the RSS 2.0 feed. You can leave a response, or trackback from your own site.