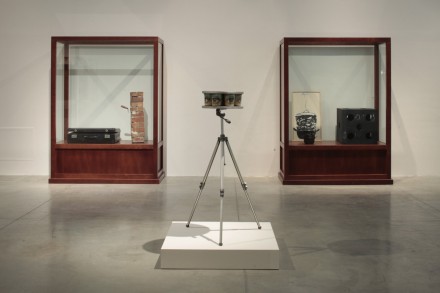 Marcel Broodthaers. L’espace de l’écriture is the first comprehensive retrospective of the artist’s works to be exhibited in Italy. The Museo de Arte Moderna di Bologna (MAMbo) has, with this exhibition, created an homage to Broodthaers highlighting the developments and achievements of his short artistic career. The works on view—all on loan from prestigious international collectors—provide an exceptional opportunity for the MAMbo to introduce a wider Italian public to nearly fifty works by the artist. The broad selection of work on display demonstrates the artist’s main themes, influenced by his years spent as a poet, such as the relationship between art and language, the status and cult of the artwork, and criticism of the museum. According to the press release, “The curatorial project of the exhibition is intended to verify how the relationship between image, object and word constitutes the central and constant theme of Marcel Broodthaers’ research and has strongly conditioned his entire creative process.”

The works on display range from the years 1968–1975 and consist of objects, photographic prints, engravings, slides, editions, books, and films, and are structured into varying themes: The spatialisation of poetry, The object and its image, Le Musée d’Art Moderne, “Décor” : the exhibition. Two rooms made for the exhibition L’Eloge du Sujet in 1974, titled Un Jardin d’Hiver II and La Salle Blanche, were originally presented at his last exhibition at the Musée d’Art Moderne in Paris in 1975. Additionally, the MAMbo printed for Edizioni MAMbo an Instant Book comprised of an extensive text by Gloria Moure with prefaces by Gianfranco Maraniello and Maria Gilissen Broodthaers. 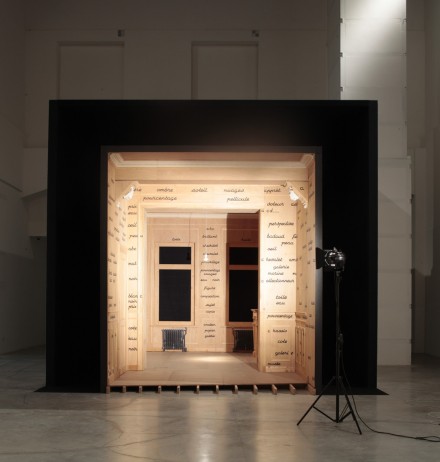 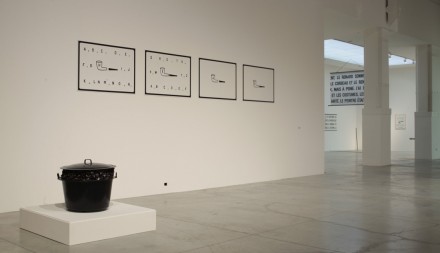 Marcel Broodthaers was one of the first artists to engage with institutional critique through artistic practice. Born in 1924 in Brussels, Belgium, Broodthaers associated with local surrealists and spent most of his life struggling as a poet. His artistic career only started in 1964 and lasted just twelve years, until his death in 1976. Despite the brevity of Broodthaers’s artistic activities, he managed to create within that short period a plethora of works that play an important role in the canon of Art History. Since the artist’s death his works have been exhibited in museums across the globe, including the Tate London, the Walker Art Center in Minneapolis, The Museo Nacional Centro de Arte Reina Sofía in Madrid, Spain, and the Jeu de Paume in Paris, France. A room entirely devoted to Broodthaers was recently opened at the Museum of Modern Art in New York. 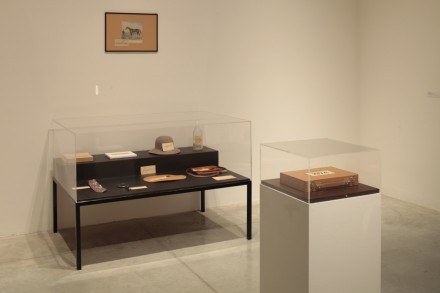 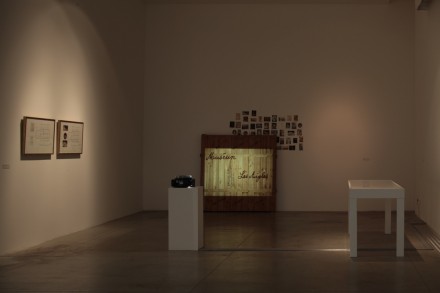 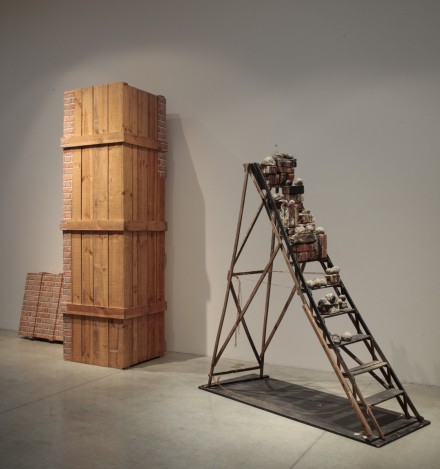 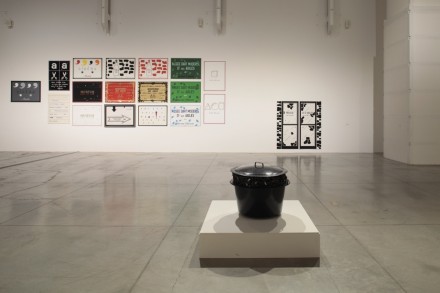 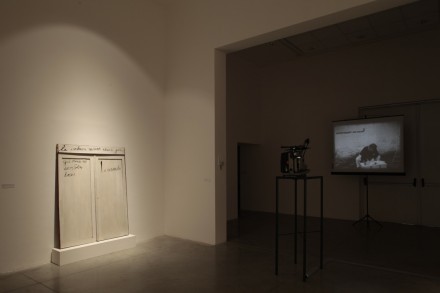 This entry was posted on Saturday, March 31st, 2012 at 9:22 am and is filed under Art News, Go See. You can follow any responses to this entry through the RSS 2.0 feed. You can leave a response, or trackback from your own site.