Liverpool: Martin Creed ‘Artist Rooms’ at Tate Liverpool through May 27, 2012 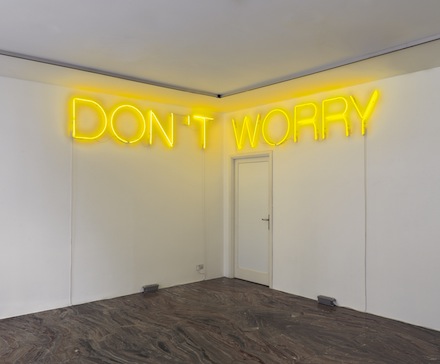 Turner Prize-winning artist Martin Creed brings seven new works to the Tate Liverpool this spring as part of their ARTIST ROOMS collection, in conjunction with the National Galleries of Scotland. Creed’s works range in media from paintings to a neon installation; “Refreshing, unexpected and humorous, Creed’s work challenges our preconceptions and rearranges the rules of conceptual art,” reads the exhibition’s press release. 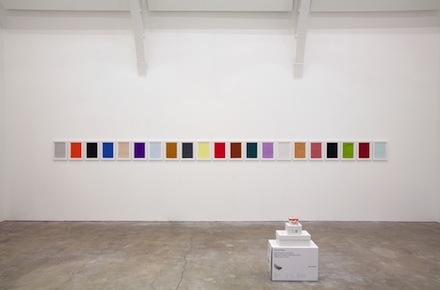 For ARTIST ROOMS, Creed has donated a yellow neon installation that reads “Don’t Worry” (aptly titled, Work No. 890 (Don’t Worry)), a twenty-one part drawing of colored blocks (Work No. 944), and a 2011 series of four pyramidal paintings in various shades of red and orange. These works exemplify Creed’s dedication to minimalism, which has been both lauded and criticized. The most notably contentious example of Creed’s minimalism is his 2001 Turner Prize-winning installation Work No. 227, the lights going on and off, which was simply an empty room in which the lights turned on and off at five second intervals. While the work earned Creed the sought-after prize, it also garnered disparagement from other artists, many of whom protested his win. 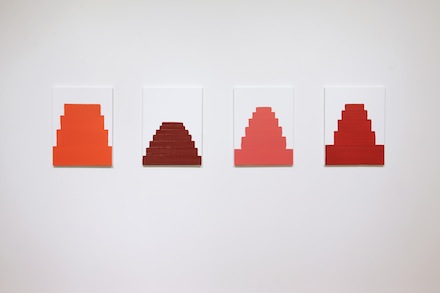 The ARTIST ROOMS collection originated in 2008, when art dealer Anthony d’Offay donated his collection to the Tate and National Galleries of Scotland on behalf of the nation. Now, with the assistance of the National Heritage Memorial Fund, The Art Fund, and the Scottish and British Governments, the collection of over 725 works, organized by individual rooms devoted to particular artists, is able to tour museums across the UK.

This entry was posted on Monday, March 19th, 2012 at 9:14 pm and is filed under Art News, Galleries, Go See. You can follow any responses to this entry through the RSS 2.0 feed. You can leave a response, or trackback from your own site.