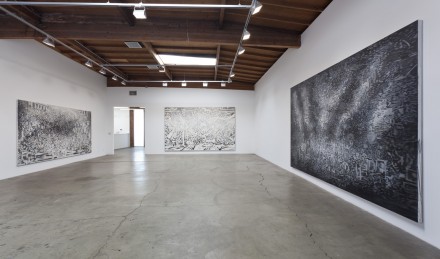 In her second solo exhibition with Honor Fraser Gallery, Los Angeles-based artist Rosson Crow explores memory, history, and the visual cues of U.S. national identity in a series of large-scale works on canvas. Playing on terms that suggest a raucous commotion, as well as a classic American boosterism, Ballyhoo Hullabaloo Haboob depicts moments of tragedy and triumph in the long 20th century. 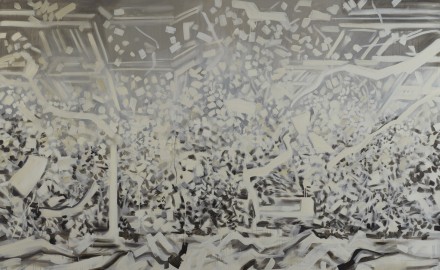 Like Thomas Cole’s Course of Empire series (1833-36), Crow’s paintings theatrically chart the growth and decline of a civilization. Lacking the didacticism of her nineteenth century predecessor, Crow instead employs the haunting and dramatic qualities of monochromatic under-painting to ambiguously allude to the energy, as in Lindbergh for President (2011), and, conversely, emptiness, as in Dust Storm, Perrytown, Texas (2011), which define such shifts. 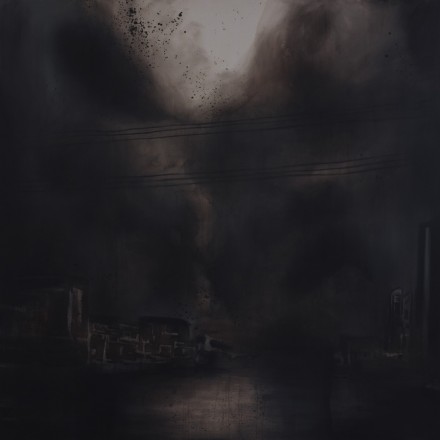 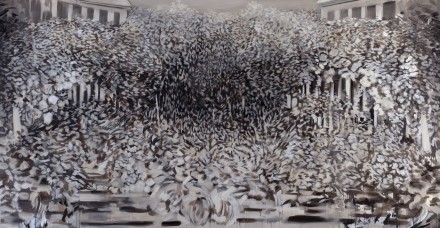 The monumental landscape becomes the site at which the affective resonance of historical events is imaged, but not illustrated. The landscape here is not simply a backdrop for actions, but conveys the mood of the events depicted. Using dramatic, abstract light and dark patterns, the stillness of large areas of wash, the vitality of gestural strokes, and the disorienting effect of skewed perspective, Crow renders these collective memories through the formal conventions of painting. From the bleak and alienated roads of the dust bowl to the frenetic and celebratory halls of tickertape parades, Bullyhoo Hullabaloo Haboob is reminds of the tumults of history. 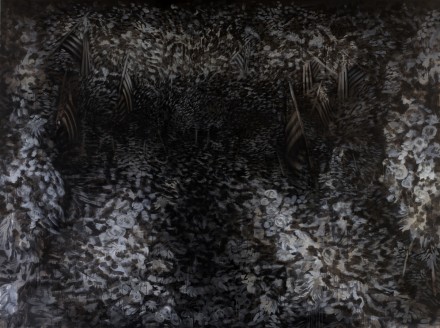 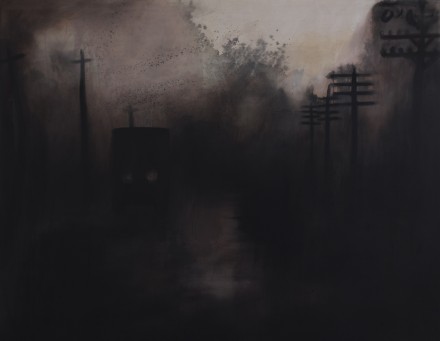 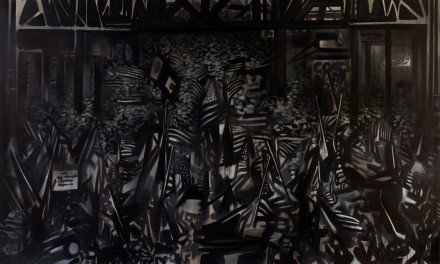 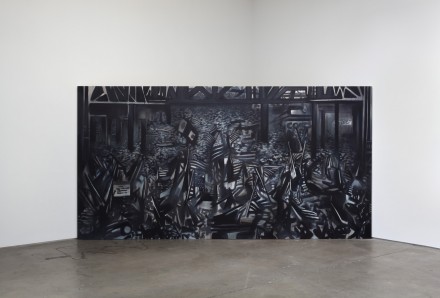 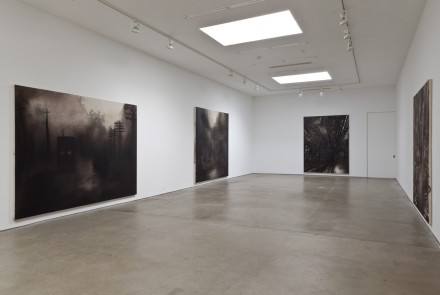 This entry was posted on Tuesday, March 20th, 2012 at 10:17 pm and is filed under Art News, Go See. You can follow any responses to this entry through the RSS 2.0 feed. You can leave a response, or trackback from your own site.