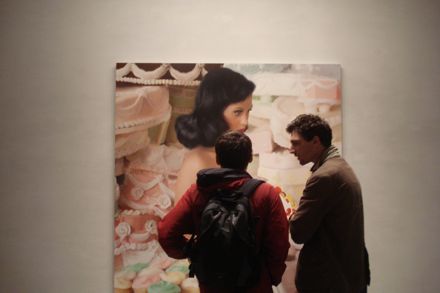 All photos on site for Art Observed by Rachel Willis.

New York-based painter Will Cotton’s most recent body of work is currently on display at the Mary Boone Gallery on Fifth Avenue. The show consists of multiple large-scale paintings and one sculpture, all of which feature the imagery of Cotton’s signature candy-filled landscapes. Cotton comments on Western consumerism by creating an aesthetic world inhabited by two hallmarks of American overindulgence: attractive women and trans fat goodies. Featured in this exhibition is Crown, the first of a series of paintings that depict pop singer Katy Perry surrounded by a world of ornately decorated cakes. 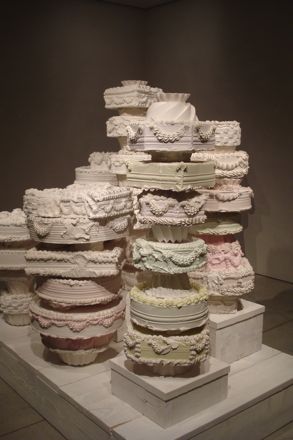 The main room of the gallery is filled with Cotton’s paintings, including the aforementioned painting of pop-icon Katy Perry depicted as a candy queen holding a candy crown. In the painting, Perry looks down at the crown in her hands with a touch of bemusement, seemingly reluctant to accept her position in the land of abundance, surrounded by pastel colored cakes. The striking image of total physical opulence being met by the disappointment in Perry’s face reemphasizes the emptiness that such extravagance can incur. Cotton discovered his female muse while serving as Artistic Director for her 2010 California Gurls music video. 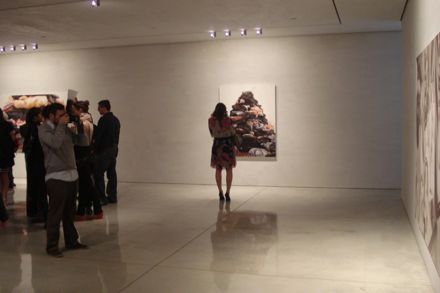 A small room to the side of the main gallery houses a sculpture made of many white and pink life-size cakes stacked atop one another. Cotton has produced a number of these cake sculptures, all of which vary in size and color. The initial step in this sculptural process consists of Cotton baking real cakes and then setting them in plaster. Cotton bakes and sets all of the cakes himself out of his studio in Manhattan. Each cake in this particular piece is elaborately decorated with lacey banners and flowers appropriate for a lavish wedding. Standing in a room with this large sculpture allows viewers to step into one of Cotton’s consumer-based landscapes and experience his utopia for themselves. 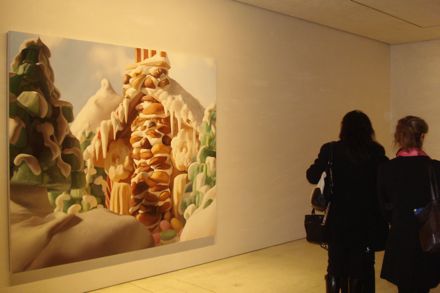 In the early 1990s, Cotton explored his interest in consumer culture and produced paintings of pop icons taken from contemporary advertisements. Within this vein of mass consumerism, Cotton often focused on the logos of candy and snack food companies. His body of work from this time period, featuring the Nestle Quik Bunny, is reflective of  the Western hedonistic culture that expresses itself through food and sex. In the mid-90s, Cotton began to push his images even further by painting landscapes and creating visual worlds of consumer icons. Since the early 2000s, half-naked female figures have appeared in his paintings, many of which are painted in 1950s pin-up style. It is within this philosophy and aesthetic that Cotton still works, but his current paintings specifically feature ornate cakes, pastries, candy, and ice cream. 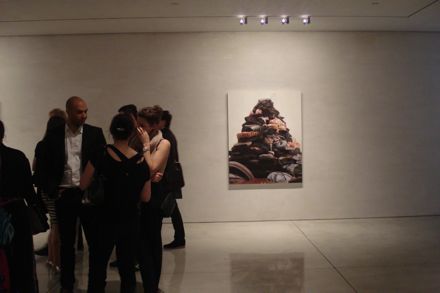 Cotton was born in Melrose, Massachusetts and by the time he finished school in 1988, he had lived and studied in both France and New York City. After attending Beaux Arts in Rouen, France, an academy known for specializing in the Neoclassical period in art and architecture, Cotton began to draw inspiration from the aesthetic and cultural decadence depicted in European art and literature. Cotton’s distance from the United States allowed him to see American pop culture through a new, more critical lens. He then made his move back overseas and landed in New York City where he received his B.F.A. from Cooper Union in 1987; he continued his post-graduate studies at the New York Academy of Art the following year. The juxtaposition of the European and American educations that Cotton received, along with each culture’s individual interest in abundance and pleasure, set a theoretical foundation for his artwork. 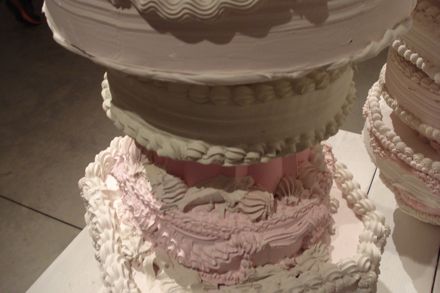 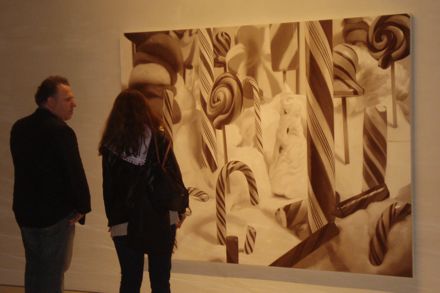 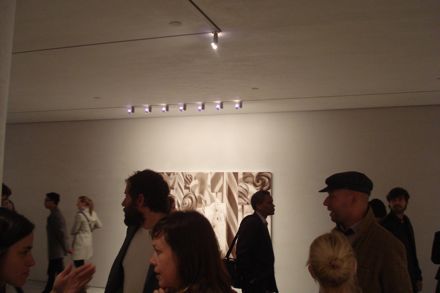 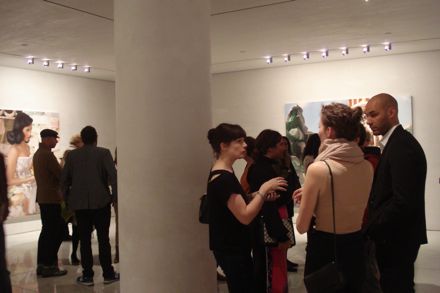 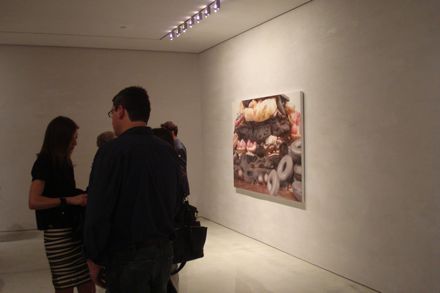 This entry was posted on Friday, May 11th, 2012 at 12:01 am and is filed under AO On Site, Art News, Go See. You can follow any responses to this entry through the RSS 2.0 feed. You can leave a response, or trackback from your own site.