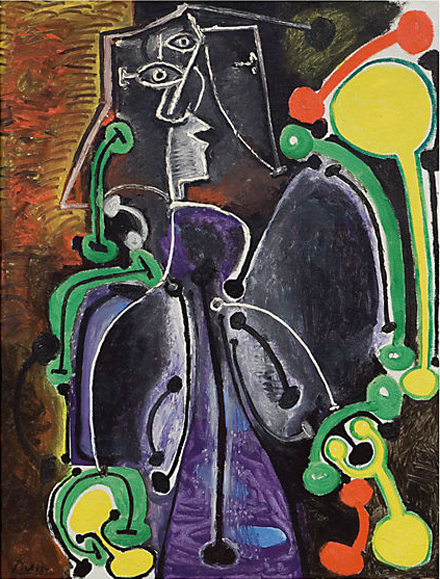 In London yesterday, Christie’s Impressionist and Modern Art Evening Sale totaled £92.5 million – close to the high pre-sale estimate of £108.7 million. Of the 70 lots offered only 14 did not sell, determining a sell through rate of 80%. Nearly a third of the artworks, 27 to be exact, sold for over £1 million achieving sales of 84% by value. Two artist records were set in the process, making Christie’s inaugural sale this season in London a notable one. 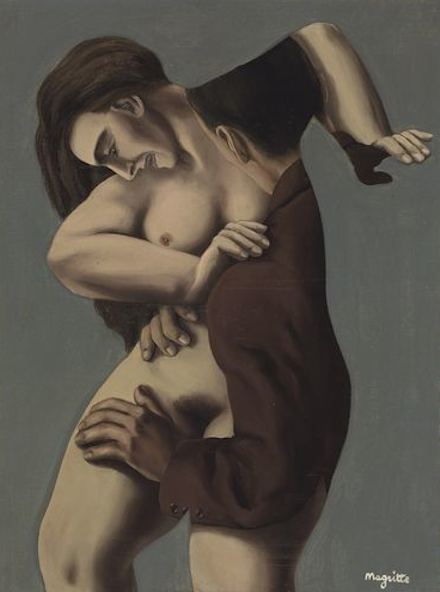 The surprising star of the night, and the second highest grossing lot belonged to René Magritte‘s Les jours gigantesques from 1928 boosting £7.2 million – nearly five times it’s high estimate of £1.5 million. According to the New York Times, it sold to U.S. billionaire Wilbur Ross, who beat out the other bidders for this Surrealist treasure.  In Bloomberg, he remarks on the level of the final price tag, “Well, I paid it.” Additionally, Magritte’s Les mondes de images from 1950 sold for £4.8 million, well above the expected £2-3 million. Following this trend, Another Magritte – Shéhérazade – acheived  £2.9 million, considerably more than it’s estimated  £1 – 1.5 million. These three sales placed the aforementioned Magrittes in the top ten lots of the night, with all selling above their expected estimates. 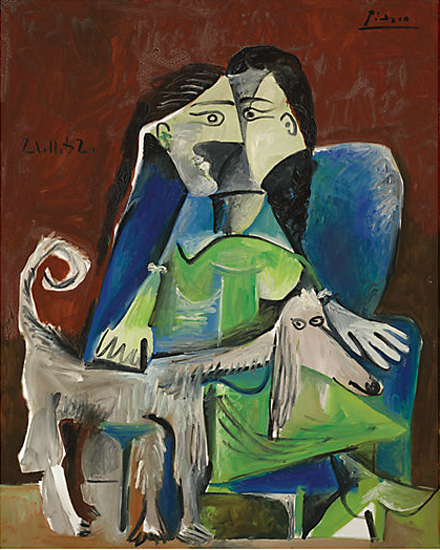 The top lot of the evening belonged to Pablo Picasso‘s Femme assise, selling for £8.5 – a million more than it’s anticipated high of £7.5 million. This portrait from 1949 of Picasso’s pregnant partner, Françoise Gilot, did not possess the highest estimate for a Picasso at the sale, yet it’s rich palette and eccentric sensibilty surely attracted buyers. The other Picasso that had a higher pre-sale estimate of £6 – 9 million was Femme au chien earning £6.9, just above it’s low. Still, this painting of his former wife was the third highest priced work from the evening. 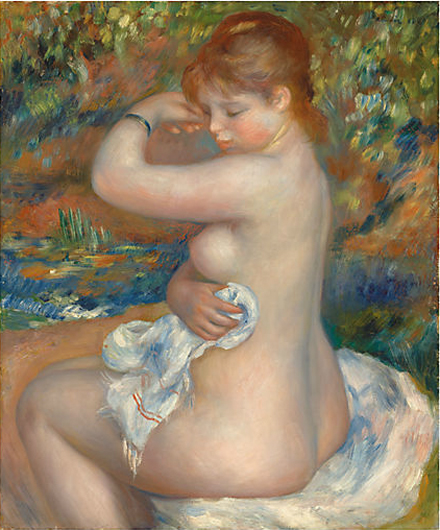 Pierre-Auguste Renoir, Baigneuse (1888) sold in a private sale before the auction

The anticipated highlight and much publicized cover lot – as well as the artwork with the highest pre-sale estimate of  £12 – 18 million – was Renoir‘s Baigneuse. It sold privately before the sale for a price that was within the estimate, according to Christie’s Jussi Pylkkanen.

Among the additional highlights of the sale were Degas sculptures from the collection of London publisher Paul Josefowitz. Degas’ Etude du nu Pour la Petite Danseuse de Quartorze Ans led the group boosting £2.8 million, above it’s estimated £1.8 – 2.5 million – finding a place in the top ten lots. This work is one of 22 casts, and is a preliminary study for one of Degas’ most well known works of art – La Petite Danseuse de Quatorze Ans. The whole collection of 14 bronzes from the A.A. Hébrard foundry earned a total of £11 million in sales. 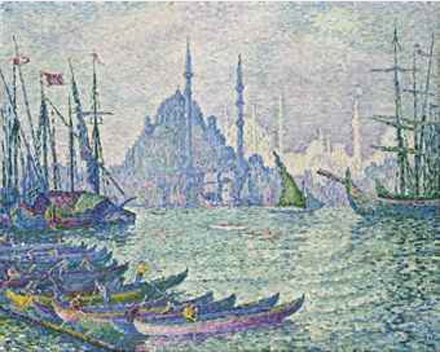 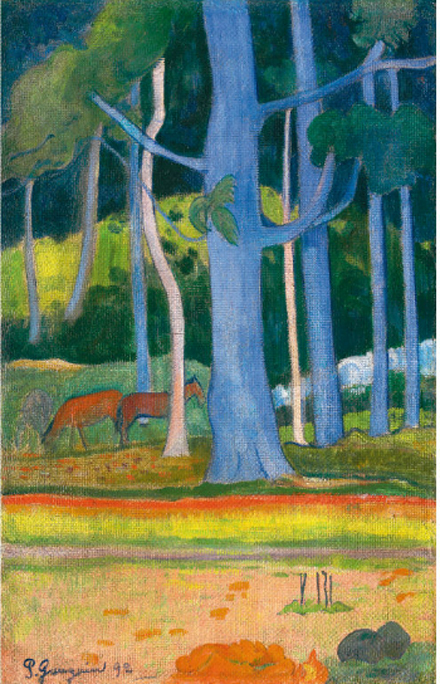 Artist’s records at auction were set for Giorgio Morandi and Kurt Schwitters, even though they were not among the top lots of the evening. Morandi’s Natura morta sold for £1,385,250, and Schwitter’s Merzbild 9A Bild mit Damestein (L Merzbild L5) earned £1,273,250.

Christie’s sale followed a tame opening night at Sotheby’s, which had some speculating that collectors may be being more cautious with their funds at this auction. However, it is possible that sales are more dependent on the actual artwork offered at auction, rather than being a definitive reading of the market’s temperature. “Global collectors demonstrate healthy appetite for rare works of art,” stated Christie’s in a post-sale press release, which may be reflected in last night’s sale.

This entry was posted on Thursday, June 21st, 2012 at 9:12 am and is filed under Art News. You can follow any responses to this entry through the RSS 2.0 feed. You can leave a response, or trackback from your own site.