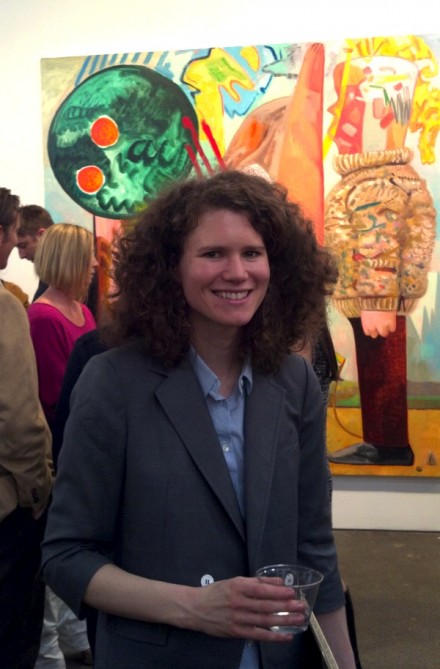 Piano in the Rain, a solo exhibition by painter Dana Schutz, opened at Friedrich Petzel Gallery on May 2nd.  Schutz’s signature blend of cubist figures, brightly colored scenery, and chaotic compositions is a stylistic combination reminiscent of the artwork produced by the German Expressionist groups of the early 20th Century.  Similar to the way that many of these groups found inspiration in the streets of Dresden and other large European cities, Schutz’s work also reflects troubles related to urban life; Heroin in the Wind shows a woman struggling with drug addiction while Small Apartment confronts the frustrating physical realities of city habitation. And as the title of the show suggests, each of these 13 paintings feature worlds fraught with troubles and instability and characters whose problems seem both common and insurmountable. 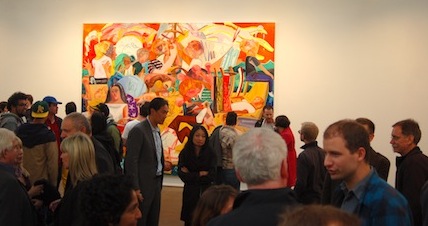 In Building the Boat While Sailing a group of people attempt to do exactly what the title proposes, although it is unclear whether the boat is being repaired or assembled from scratch. Actions vary from figure to figure; some are playing and spitting water from their mouths while others appear to be fighting just to remain on board. This mix of emotions, of playfulness and sober endurance, infuses movement and energy into the composition. Schutz manages to express an assortment of emotions through her figures’ body language, with only a portion of their faces showing. Although the facial features of the couple in Small Apartment are blurred or maybe even non-existent, their sadness radiates out of their suggested features, hunched backs, and tilted heads. Shadows and other details are represented by expressive, but strategically placed, loops and lines that give the painting energy. 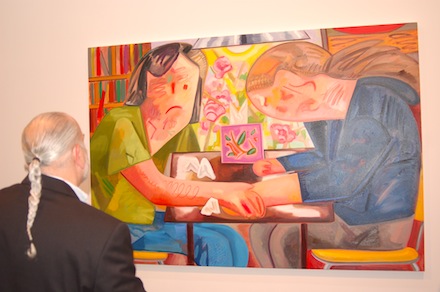 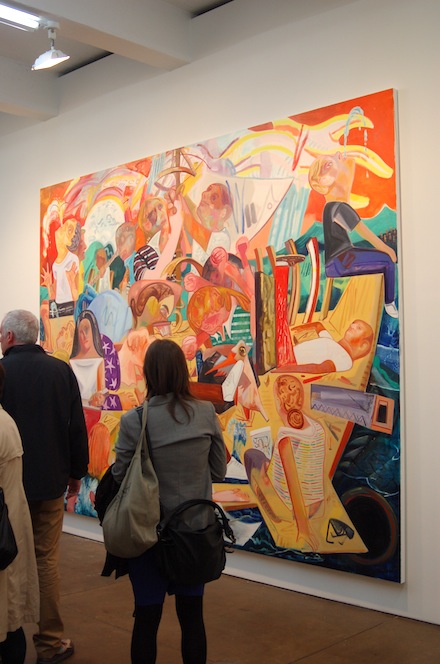 Building the Boat While Sailing 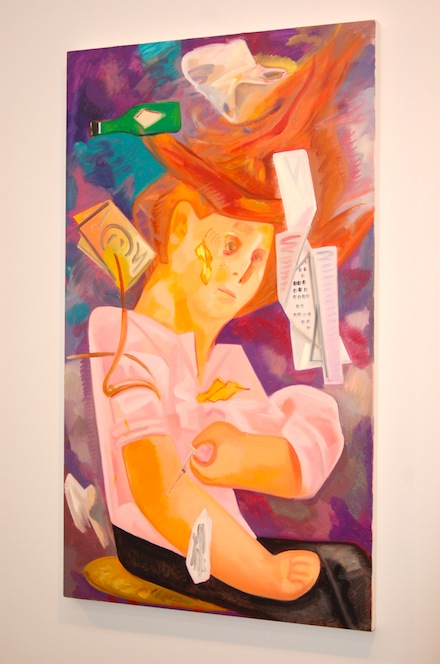 Heroin in the Wind

The Yawn series in the smaller side room of the gallery is quieter in both tone and composition than the rest of the pieces in the exhibit. The female figure present in all five of these paintings faces the viewer with her hand over her open mouth and her head cocked to one side in a way reminiscent of Picasso’s The Dream. Schultz invites the viewer to gaze upon a quiet and wistful moment in the figure’s life; one that stands in stark contrast to the frenetic energy present in Building the Boat While Sailing. And rather than actively engaging in her self-destruction the figure in context may be passively grieving her own existence. 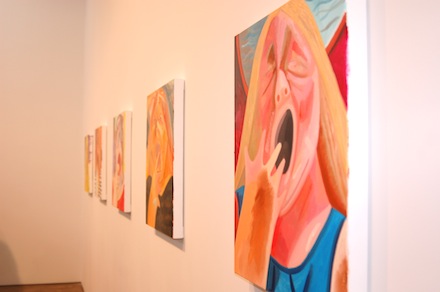 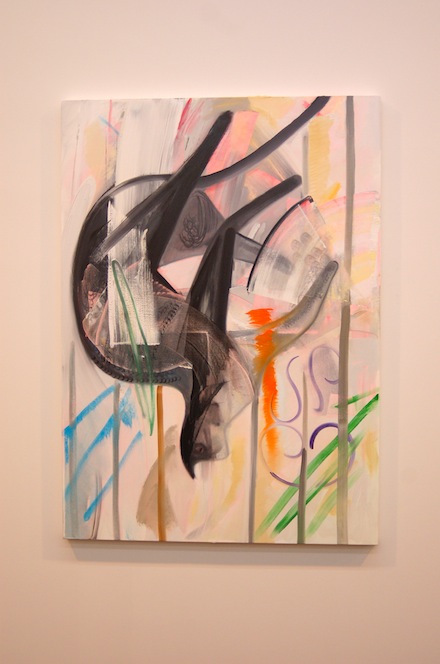 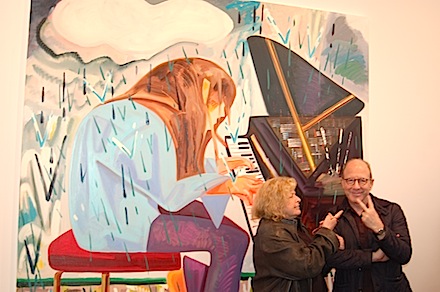 Schutz was born in Livonia, Michigan. She received her BFA from the Cleveland Institute of Art and an MFA from Columbia University. Schutz has had over 15 solo shows and her work has been displayed internationally and in prestigious venues such as Contemporary Fine Arts in Berlin. Schutz currently works and resides in New York City. 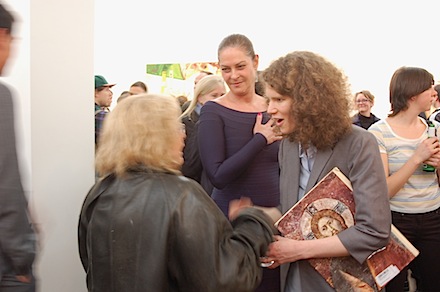 This entry was posted on Wednesday, June 6th, 2012 at 12:29 am and is filed under AO On Site, Go See. You can follow any responses to this entry through the RSS 2.0 feed. You can leave a response, or trackback from your own site.