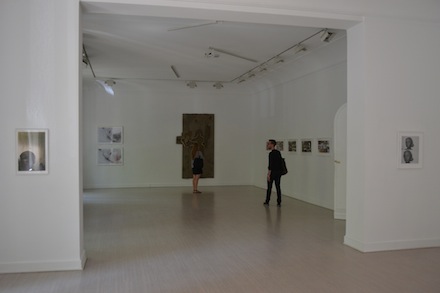 “Kiki Smith: Chasing Shadows,” now on view at the Galerie Lelong in Paris through June 30, showcases Smith’s recent work addressing themes of vision and sight across a diverse range of media. Featuring prints, photography and sculpture, this group of works continues her ongoing examination of the human body and experience—prominent throughout her vast oeuvre. Her long engagement with anatomical systems, as metaphors for social and cultural orders, extends to this salient organ—the eye, conjuring both biological and metaphysical associations though graphic and sculptural representation. Smith celebrates the body as our fundamental means of experiencing the world through her clinical descriptions of the corporeal subject. In this fourth solo show at Galerie Lelong, Smith engages natural and conceptual modes of perception through the elemental theme of vision. 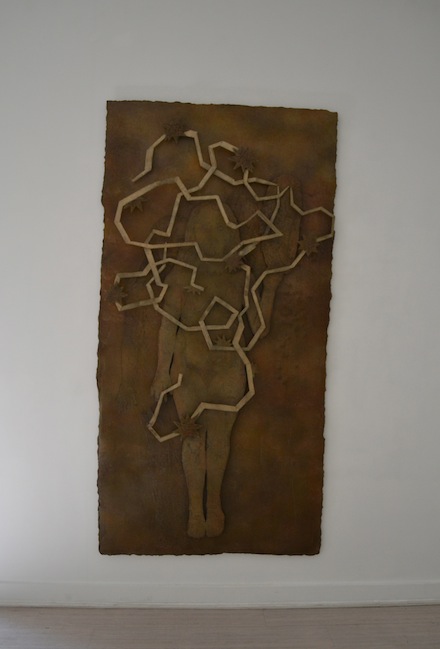 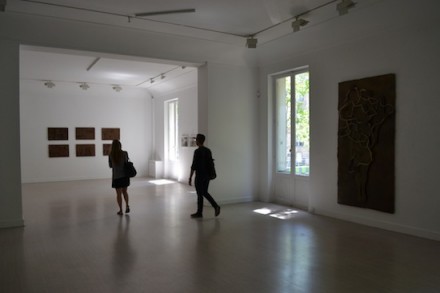 Working in a wide range of subjects, from mortality and regeneration, to fairy tales, cosmology and religion, Smith is largely noted for her investigation of the human body—its functions and relationships with nature—as well as sexuality and gender hierarchies interpreted from a distinctly female perspective. A declaratively feminist artist, her art engages with the female body in its most physical form, explored both inside and out. Dissected, exposed and vulnerable, her penetrating and visceral portrayals of women express strength and resiliency, aligning biological systems as analogues of artistic and creative processes, and moreover, as universals of human experience.

Smith, dissembling the traditions of female imagery  and subjectivity in art, also works to expand the limits of high art. Working in craft traditions historically relegated to female domestic practice, such as needlework and fabric decoration, Smith seeks to represent all materials and subjects in art equally, investigating the female experience as well as craft-based media, stating “there shouldn’t be any hierarchy in art”.

While this exhibition operates largely in traditional media—strong in prints and sculptures—her experimentation with other art forms are summoned through several series of photographs of absent works. Close up fragments of Smith’s sculptures and drawings, presented in grids, zoom in on eyes, mouths, hands and feet, creating a seamless narrative across works, revolving around the loci of bodily perception. 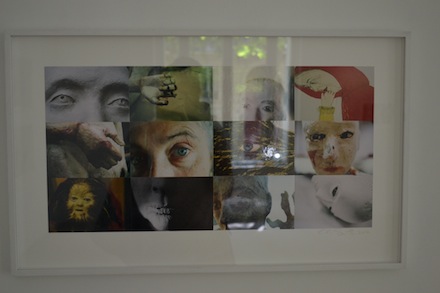 Interspersed amongst these collections of photographs are two bronze sculptures series—Daydream featuring six panels, and Telepathy composed of two pairs of reliefs. The smaller Daydream series literalizes the visual theme, depicting disembodied eyeballs, dynamically floating and interacting across the rough surface. These ocular nimbuses echo the constellation of almond shaped eyes that confront the visitor upon entering the gallery, a solar system of sight installed in main the stairwell. The Telepathy bronzes feature full length female nudes layered with lightning bolts of vision, creating jagged branches upon which owls are perched. 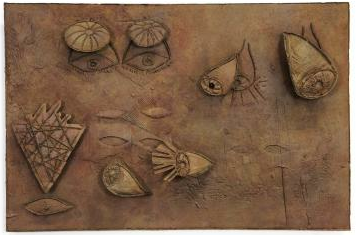 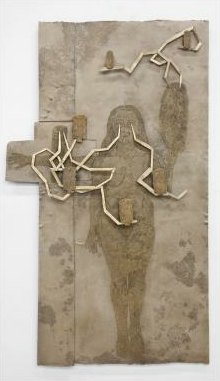 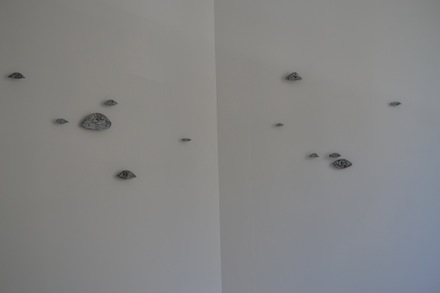 The most compelling and intimate section of this exhibition can be found downstairs, in the gallery print shop, where several of her prints are on view. These stunning etches, linocuts and lithographs continue to meditate on the theme of vision—both human and animal, with a vivid astral undercurrent: female figures whose eyes emit cosmic rays, stars and flower pots embellished with gold leaf, a penetratingly simple pair of eyes on a blank white ground, bold white line printed on jet black paper. These pervasive symbols of femininity, cosmology and nature express the ethereal spirituality present throughout Smith’s oeuvre. 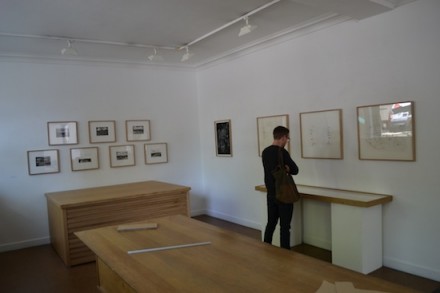 An incredibly prolific and prominent artist for the past three decades, Smith has shown in numerous exhibitions around the globe, and is the recipient of several distinguished awards. In 2000 she was granted the Skowhegan Medal for Sculpture, and in 2005 was elected a member of the American Academy of Art and Letters. Since 1982, when she was given her first solo show at the Kitchen in New York, she has been the subject of over 80 independent exhibitions around the world. In 2003 MOMA held a retrospective of her prints, titled “Kiki Smith: Prints, Books, and Things,” and in 2005, the Walker Center for Art in Minneapolis organized her first full scale retrospective, “Kiki Smith: A Gathering, 1980-2005,” which traveled across the US from SFMOMA to the Whitney Museum of American Art. She is represented by Pace Gallery.

This entry was posted on Sunday, June 10th, 2012 at 7:00 pm and is filed under AO On Site, Art News. You can follow any responses to this entry through the RSS 2.0 feed. You can leave a response, or trackback from your own site.

One Response to “AO On Site – Paris: Kiki Smith ‘Chasing Shadows’ at Galerie Lelong through June 30, 2012”