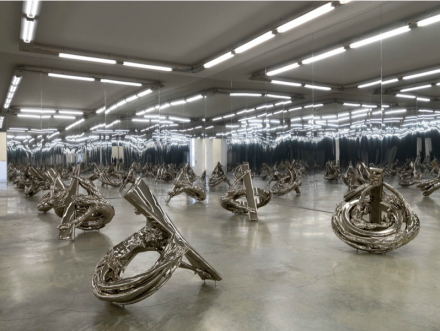 Belgian neo-conceptualist Wim Delvoye is known for his re-interpretations of classic art.  By taking the classic symbols of Romantic and Gothic sacred art (crucifixes, towering spires, mythological sculpture) and twisting their forms into the shapes and forms of contemporary art and science.  His recent show, “Rorschach” at Galerie Perrotin in Paris, extended this practice, offering a selection of works that continued to use sacred and classical art to turn a lens on modernity. 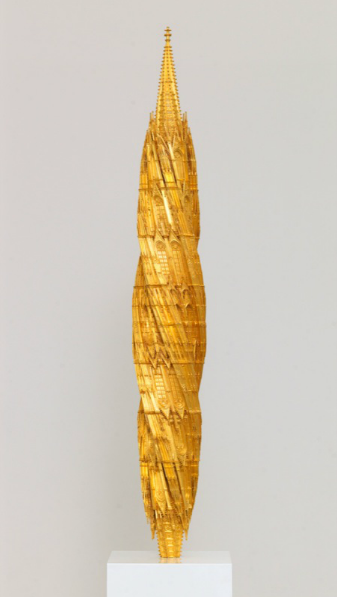 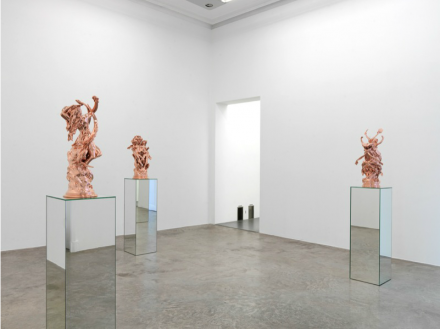 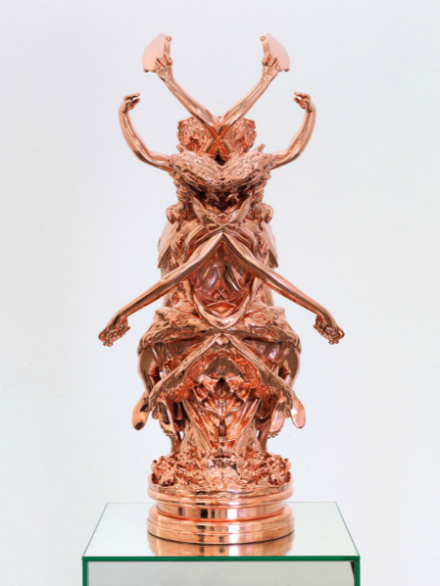 Referring to the symmetrical ink blots commonly used in psychoanalysis, many of the works included here appropriate Rorschach’s signature equilibrium, taking classical figures and placing them into winding columns of bronze that retain only partial adherence to their inspirations.  Other figures are direct mirror images, annihilating many of the distinct human forms so treasured in classical art for a geometric re-imagining. 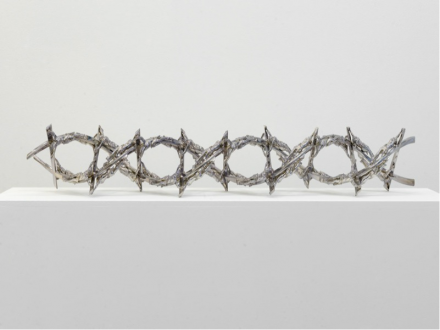 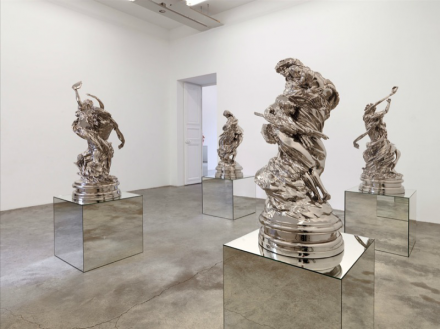 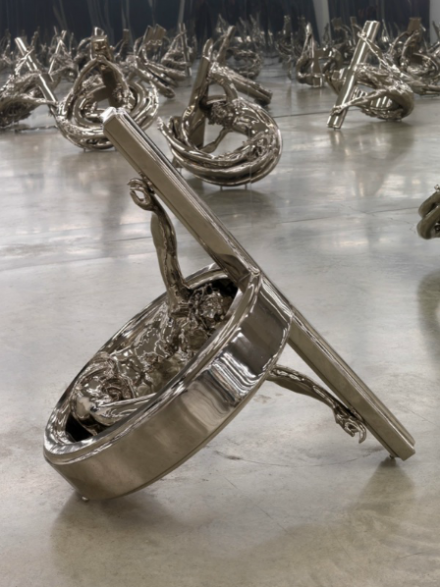 Delvoye’s oft-used Crucifix also appears here, twisted into intricately detailed rings, and a striking double helix; the body of Christ offering a pointed emphasis on the sacred so often absent from contemporary art.  In another piece, “Suppo,” he takes a prime examble of the Gothic spire, and twists it into a spiral, bringing the Medieval design face to face with the forms of modern architecture.  One of his dump truck works is included here as well, the vehicular form created by intricate steel embellishments that twist into a spiral on its stand. 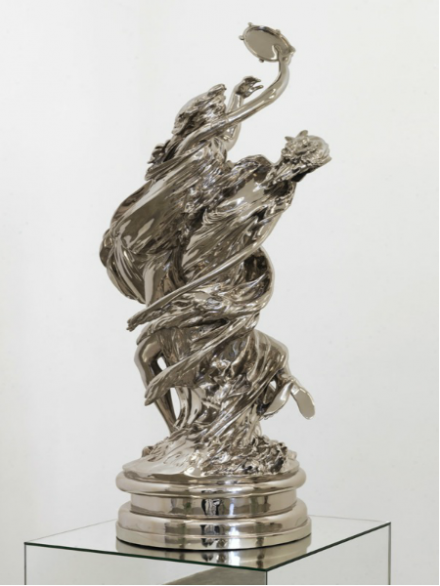 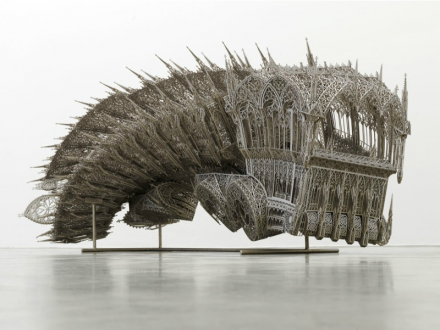 Tweaking the dichotomy of past and present, Delvoye operates in a third, “other” space, offering the opportunity for commentary on the nature of modern art, and reflection in equal parts, much like his perfectly balanced Rorschach statues. 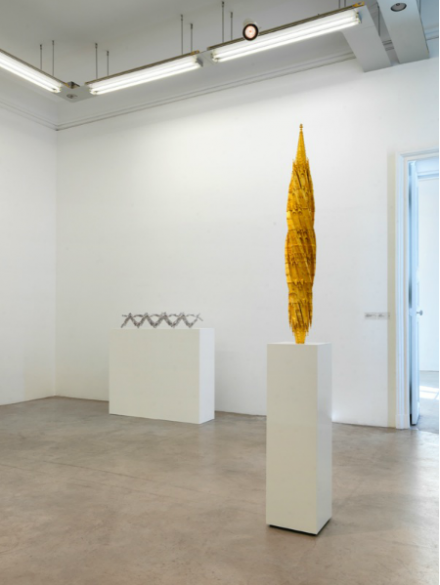 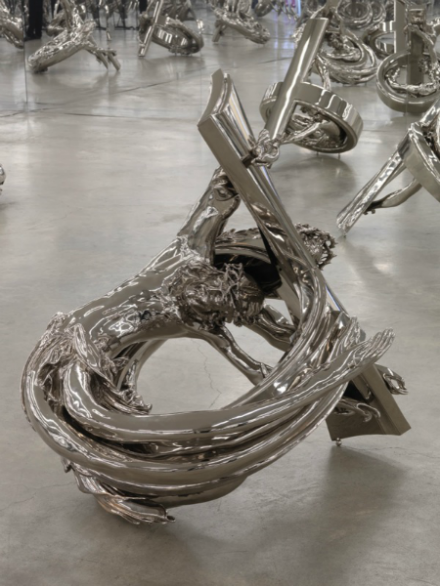 This entry was posted on Monday, June 18th, 2012 at 9:37 pm and is filed under Art News. You can follow any responses to this entry through the RSS 2.0 feed. You can leave a response, or trackback from your own site.