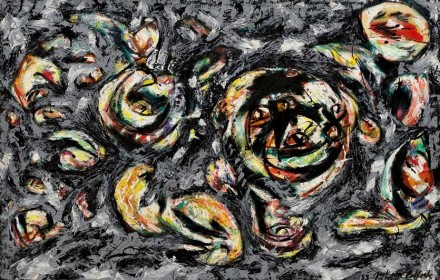 This summer, the Solomon R. Guggenheim Museum celebrates a groundbreaking period in its history with “Art of Another Kind,” an installation featuring works collected primarily from 1949-1960. This era began with Solomon R. Guggenheim’s passing. The movement caught fire under new director James Johnson Sweeney’s affinity for the explorative and abstract work of artists he referred to as “tastebreakers,” and ended soon after the museum’s 1959 relocation to Frank Lloyd Wright‘s iconic white structure docked in the Upper East Side. 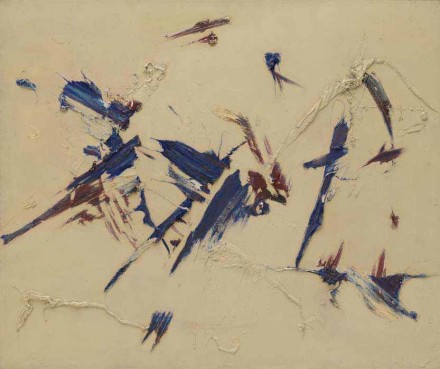 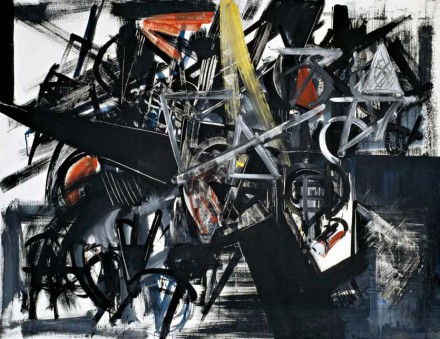 The installation’s name is taken from French art critic Michel Tapié, who in 1952 proclaimed the arrival of “un art autre,” a worldwide movement embodied in the post-war Abstract Expressionism of painters like Jackson Pollock, Mark Rothko, and Yves Klein.  Though the installation does feature some contemporary artwork, the bulk of the exhibit focuses on Sweeney’s insistent exposure of lesser-known artists. His exhaustive travel schedule to find them is well-documented, with correspondences and travel stamps of his globe-trotting providing a chronological map throughout the exhibit. 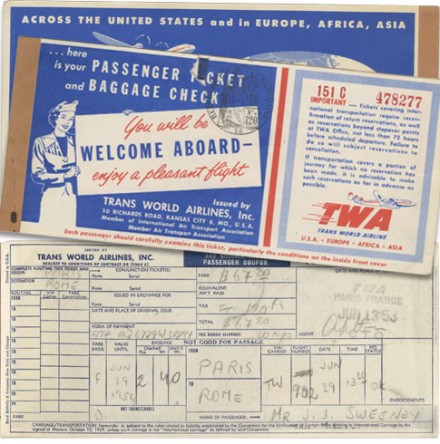 Sweeney’s first two major exhibitions, Younger European Artists (1953) and Younger American Artists (1954) featured works by Pollock, Alberto Burri and Willem de Kooning, canvases filled with broad brushstrokes and vivid contrasts that broke against the conservative conventions of the day. The American post-war climate tended to regard abstract works as emblematic of a subversion that was, in turn likened to chaotic irrationality: the public’s fear was personified in McCarthy’s witch hunts and what Sweeney called an often hysterical “atmosphere of vitality.” 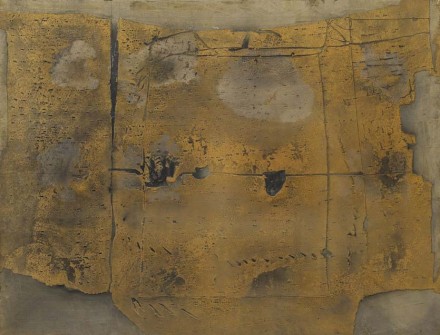 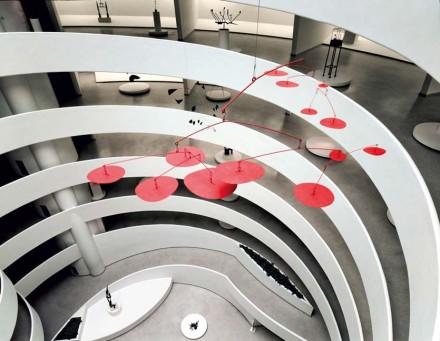 Sweeney’s most impressive contribution (and truly, these pictures cannot do the exhibit justice – the museum has bloomed in a celebration of its past self) was his expansion of the Guggenheim’s sculptural collection. Jean Arp, Amedeo Modigliani, and Conrad Marca-Relli are just three of the prolific sculptors whose works were acquired by Sweeney during his tenure. In keeping with his personalized definition of “youth,” Sweeney collected modernist sculptures regardless of their dated creation, and brought necessary attention to a medium that had been dying. 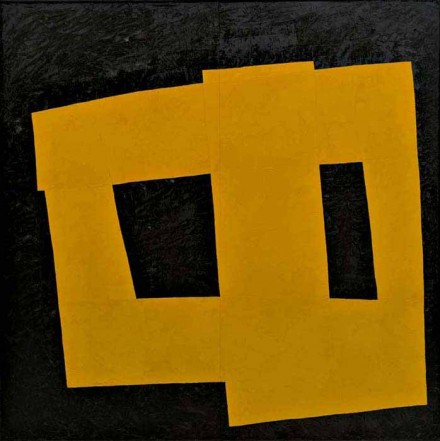 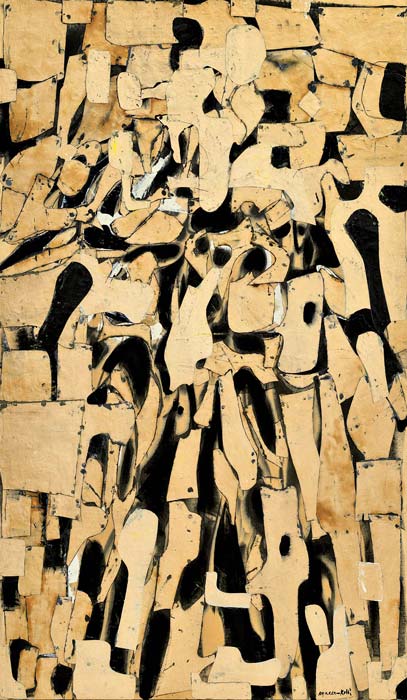 By the time of Sweeney’s departure in 1960, the Guggenheim had been forever changed, inside and out. The brash and beautiful new building was in some ways a testament to the work the museum’s director had accomplished over the last decade. Unafraid to test the waters of modernity and innovation, this period of the Guggenheim’s history has stood the test of time brilliantly – today, “Art of Another Kind” is a title that can be applied to new work regularly, but a great debt is owed to those responsible for its foundation.

All images courtesy of the Solomon R. Guggenheim Museum

Art of Another Kind at the Solomon R. Guggenheim Museum
Guggenheim discussion of James Johnson Sweeney

This entry was posted on Thursday, July 26th, 2012 at 12:41 am and is filed under AO On Site, Ending September 2010, Go See. You can follow any responses to this entry through the RSS 2.0 feed. You can leave a response, or trackback from your own site.