London: Tino Sehgal’s ‘These Associations’ at the Tate Modern, July 24 through October 28, 2012 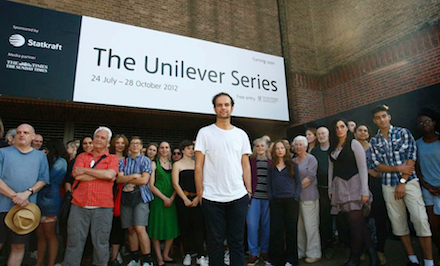 Tino Sehgal via The Independent

Anglo-German artist Tino Sehgal opened ‘These Associations’ in the Tate Modern‘s Turbine Hall yesterday. As the 13th Unilever Commission, the performance art installation is the museum’s first live commission. ‘These Associations’ features shifts of around 50 participants at a time, partaking in different games, dances, and social interactions designed by Sehgal. 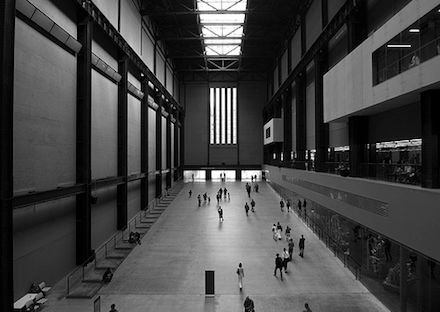 Turbine Hall, the venue for ‘These Associations’ via BBC News

Known for his innovation in exploring human interactions, Sehgal creates works that use conversations, movements, and sounds to directly interact with gallery visitors. With a studied background in political economics and choreography, Sehgal’s key focus remains on how his art affects and reflects its environment without using superfluous objects.

Speaking on this new commission, the artist claims that “we [as people] need recognition as individuals but we still need connection to the others.” Sehgal uses the space in Turbine Hall to question what it means to be included and affected by a group, yet remain individually different. The exhibit’s activities are designed to give a “sense of belonging,” as gallery director Chris Dercon keyed it. Participating strangers are immersed in a common action often to become familiar with one another through Sehgal’s carefully designed methods.

The response about the show from the public and from critics has been fairly positive thus far. Ruth Mackenzie, director of the London 2012 Festival, states that: “This commission for the London 2012 Festival delivers on our key values- brilliant art by a world leading artist that can be accessed by the public for free. I am sure this will be another ground-breaking commission for Tate by one of the world’s most interesting and original artists, and a highlight of London’s celebrations this summer.” 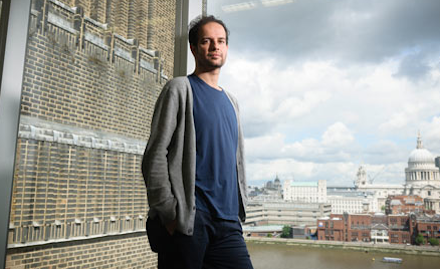 Tino Sehgal via The Guardian

Director of the Tate Modern, Chris Dercon comments that the commission is “one of the most radical works we have ever shown at the Tate. It is difficult, dangerous and transforms the museum into an anarchic experience. The participants are not actors. They are working to produce something – emotions. It is more confrontational because people are forced to talk about their own emotions.”

The Tate Modern hosts the Unilever Series annually, previously featuring artists such as Olafur Eliasson, Rachel Whiteread, and Carsten Höller. Sehgal’s take on Turbine Hall’s space is that “it’s a place that is made for visitors or audiences to gather which is very unusual, for a museum space… Normally, you’re supposed to not gather but walk around and look at the art politely.” 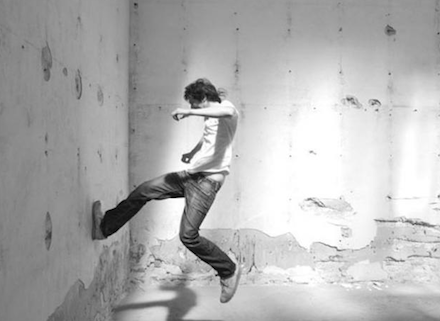 Tino Sehgal’s art is currently on display at dOCUMENTA (13). The artist has exhibited several solo show internationally including a solo show at the Guggenheim Museum in 2010, and represented Germany at the Venice Biennale in 2005.

Maintaining a layer of secrecy over the exhibit, Sehgal has banned press photography from the Hall. The commission is set to run within the museum’s hours through October 28 of this year.

This entry was posted on Wednesday, July 25th, 2012 at 1:46 am and is filed under Art News. You can follow any responses to this entry through the RSS 2.0 feed. You can leave a response, or trackback from your own site.