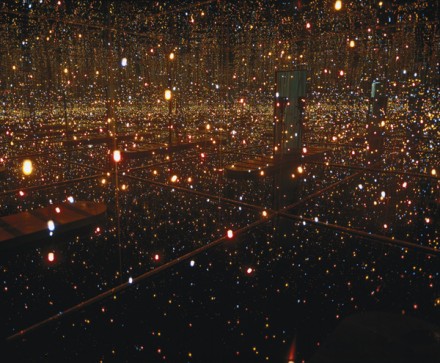 Multi-media artist Yayoi Kusama has been creating immersive, otherworldly paintings, video, sculpture and large-scale installation environments for over 50 years, both in the United States and her home country of Japan.  Now, the Whitney Museum in New York is exhibiting a retrospective selection of works spanning her career as a preeminent voice in Japanese contemporary art. 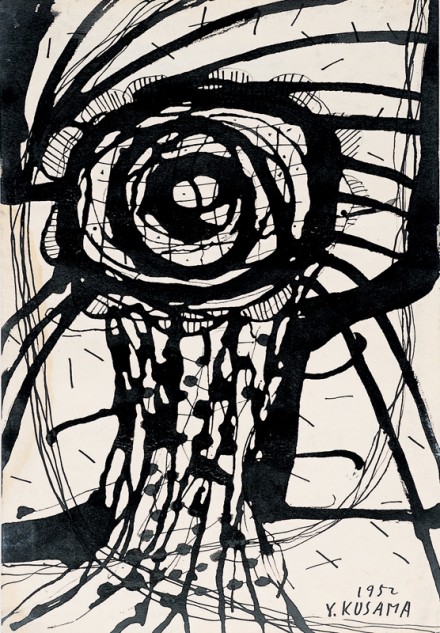 At the focal point of the exhibition, the Whitney has displayed one of Kusama’s large-scale, immersive environments, titled Fireflies on the Water from the Museum’s collection.  Using a meticulously assembled series of mirrors, hanging lights and water, Kusama extends the space provided into an infinite feedback, a space in which “individual viewers are invited to transcend their sense of self.” 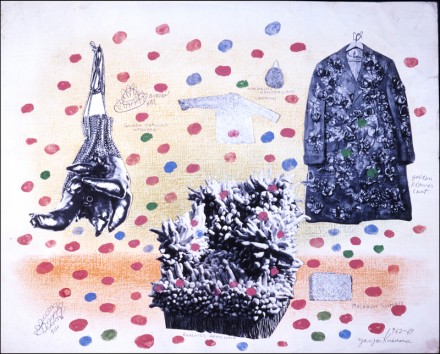 Born in Japan, Kusama moved to the United States in 1957, and immediately made a mark on the American avant-garde, her happenings and unique works influencing contemporaries such as Andy Warhol and Claes Oldenberg. Blurring repetitive patterns with organic forms, photocollage with surreal landscapes, and striking paintings with sculpture and video, the exhibition serves as a testament to Kusama’s relentless exploration of various media and techniques, all in service of her unique aesthetic language. 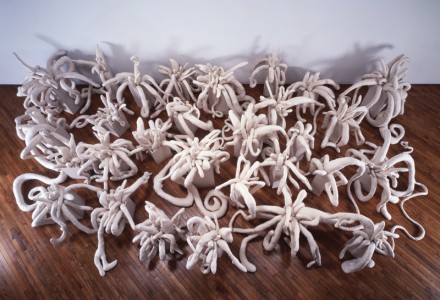 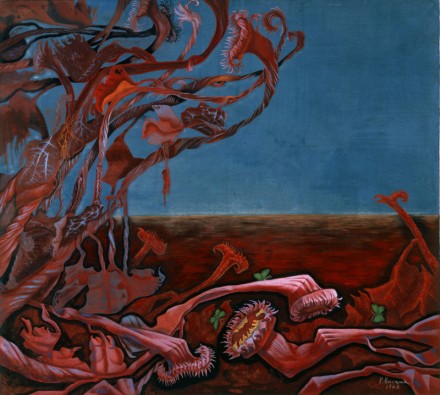 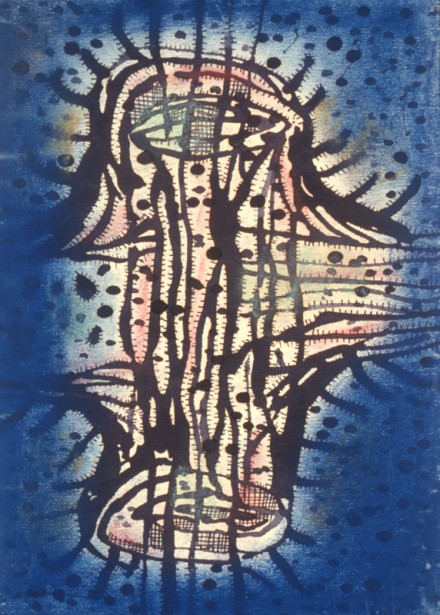 Kusama frequently juxtaposes the imagery and heritage of her home country alongside the forms and production techniques of contemporary society, giving a personal tinge to the pop art colleagues she is so often placed among.  Accordingly, much of the art on display shows a mediation between the personal and the popular, the process of self-realization through forms associated with the advent of mass culture, and the interplay of these same forms with the conventional identity of her native Japan. 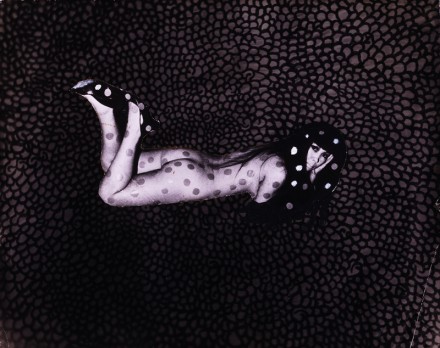 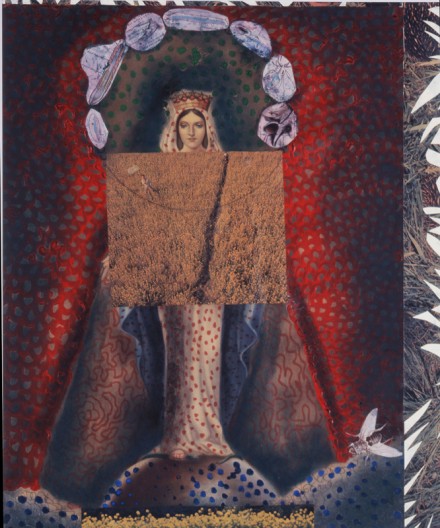 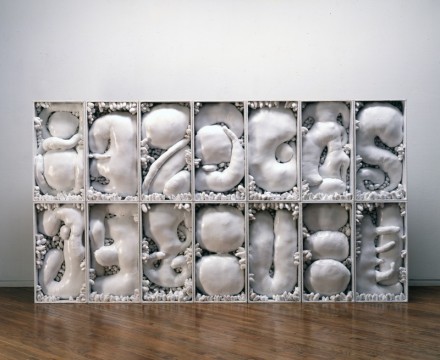 Later work shows a branching out into more abstract forms, the presence of religious symbols, and a number of sculptures, referred to by Kusama as accumulations.  These works reach beyond Kusama’s already well-established lexicon, and offer a glimpse into the continually shifting framework by which the artist defines her practice. 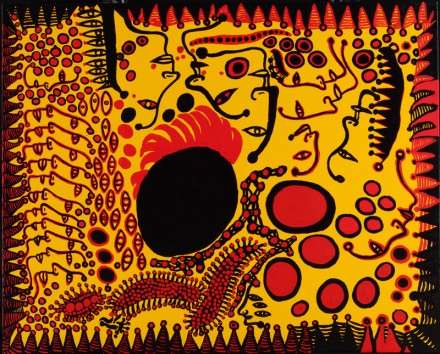 Yayoi Kusama, An Encounter With a Flowering Season (2009) – Whitney Museum 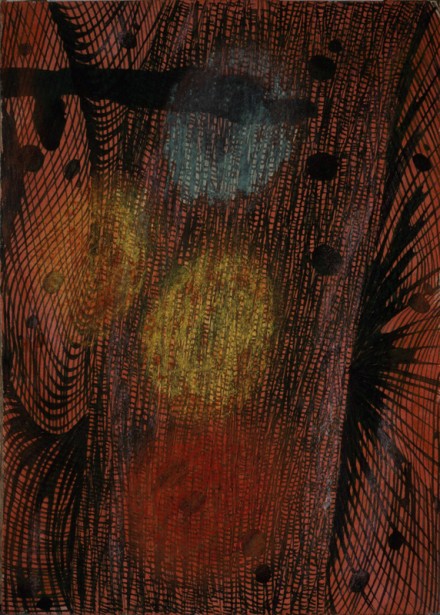 While the exhibition opens on July 14th, members of the Whitney Museum were granted access one day early for this retrospective, covering the fourth floor of the storied institution.  Running chronologically, viewers are able to see Kusama’s evolution as a practitioner of abstract art across a variety of media. 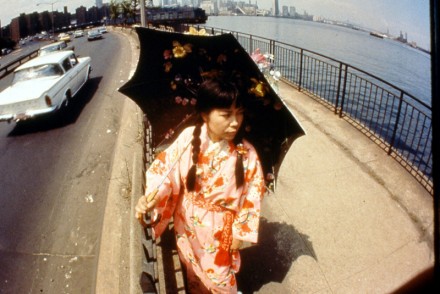 The retrospective closes on September 30th, but not before a panel discussion exploring the processes of obsession, repetition and creativity in contemporary art, held on September 13th.

All photos taken from the Whitney Museum Site

This entry was posted on Thursday, July 19th, 2012 at 2:16 am and is filed under Art News. You can follow any responses to this entry through the RSS 2.0 feed. You can leave a response, or trackback from your own site.