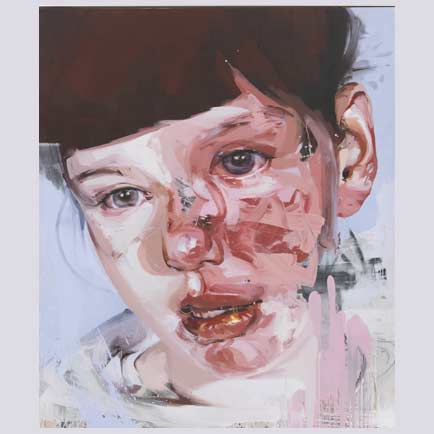 Striking and visceral, the paintings of Jenny Saville capture a fierce movement within their canvas boundaries, blending detailed rendering with sharp auxiliary strokes of paint to suggest a violent, decaying nature.  Now, the Young British Artist who rose to prominence in the early 2000’s alongside contemporaries Damien Hirst and Tracey Emin, is having her first solo exhibition on British soil, at the Museum of Modern Art Oxford. 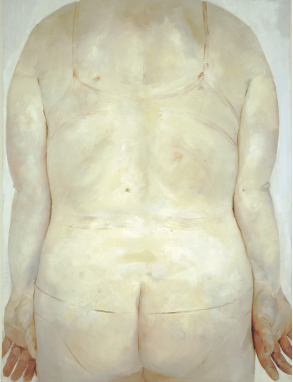 Saville has been frequently hailed as the heir(ess) to Lucien Freud, the Anglo-German painter whose portraits were also noted for their rough yet meditative air.  Throughout several different series, she depicts the diverse forms and shapes of modern humanity: bodies bloated and distended, blind faces staring with intense potency, and women bearing the scars of abuse and neglect.  Each work bears her signature ornamental strokes of paint, imbuing each still life with a heartfelt vibrancy. 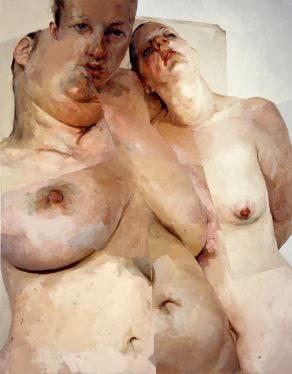 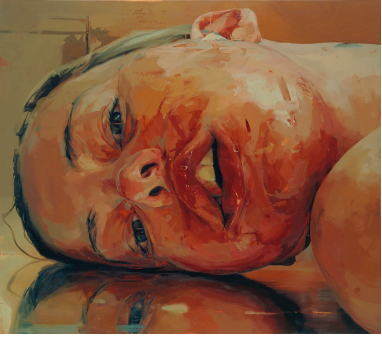 Covering the artist’s output from the early 1990’s to the present, the exhibition chronicles Saville’s continuing exploration of portraiture, using her dynamic style to explore the richly diverse forms of the human body.  Imposing external forces to these forms, such as glass surfaces, plotting lines and grotesque accessories, the work calls attention to questions of violence and oppression on the human form.   Although the portraiture offered here so often strikes a harsh, morbid tone, what shines through is the intensity of human spirit which these images become testament to, her painting turned from document to testimony. 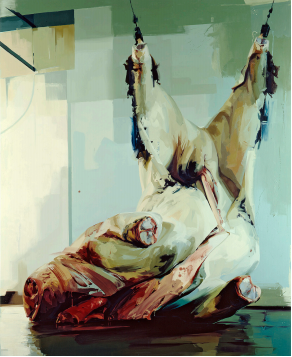 Saville’s show will be on view until September 16th 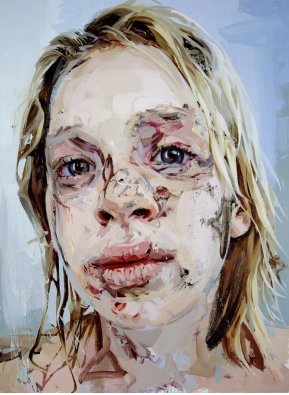 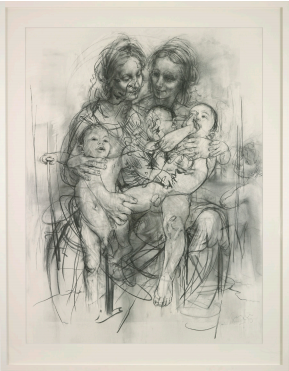 Jenny Saville in The Guardian
The Modern Art Oxford

This entry was posted on Thursday, July 12th, 2012 at 1:27 am and is filed under Art News. You can follow any responses to this entry through the RSS 2.0 feed. You can leave a response, or trackback from your own site.

One Response to “Oxford: Jenny Saville at Modern Art Oxford Through September 16, 2012”