February 24th, 2021
REFERENCE LIBRARY
Home » Margate: Tracey Emin “She Lay Down Deep Beneath the Sea” at Turner Contemporary through September 23, 2012

Margate: Tracey Emin “She Lay Down Deep Beneath the Sea” at Turner Contemporary through September 23, 2012 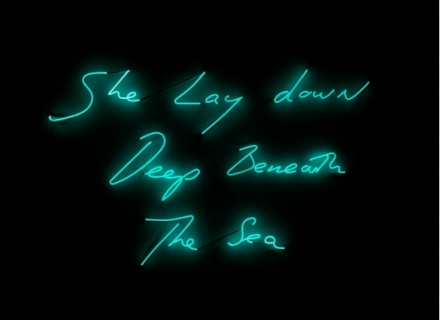 A few hours drive from London, on the Southeastern tip of the British mainland is the small seaside town of Margate.  It was here where Tracey Emin was born and where she spent her difficult early years, so often documented in the works that first made her a major force of the British art world of the mid to late 90’s.  Now, Emin has returned to her hometown, for an exhibition of new works at the newly opened Turner Contemporary.  “She Lay Down Deep Beneath the Sea” showcases a diverse range of sculpture, drawing neons, and painting. 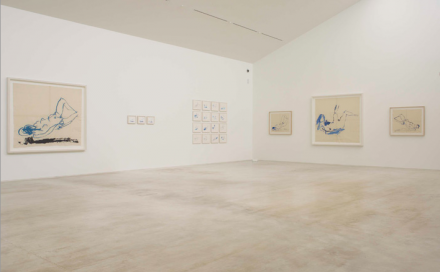 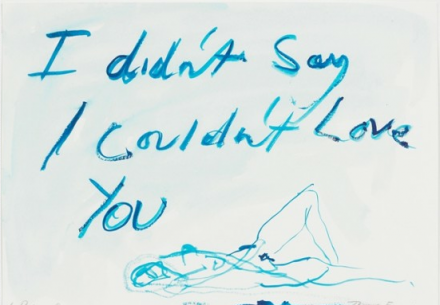 Equal parts visceral and delicate, Emin’s sparse use of color and space highlight her running themes of romance, sensuality, and the body, engaging with her past traumas through an exploration of herself and her experience.  Blending quick snippets of text with confessional renderings of the female body, the pieces boldly underline themes of abandonment, loneliness and love. 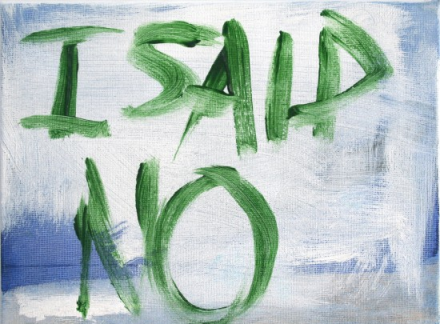 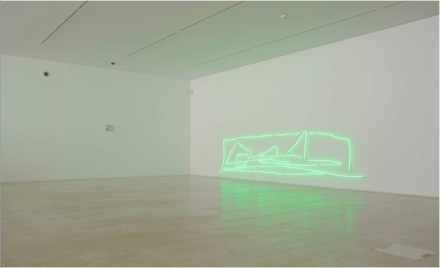 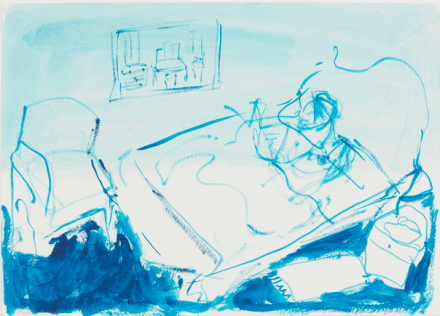 These works are displayed alongside a number of sketches from JMW Turner and Auguste Rodin, greats of the past centuries who shared a fascination with the explorations of the female body.  Emin, however, claims her own vantage point, that of the internal, of her own experiences as a woman shaping and guiding her explorations, as opposed to the external fetishism leveled against her fellow exhibitors. 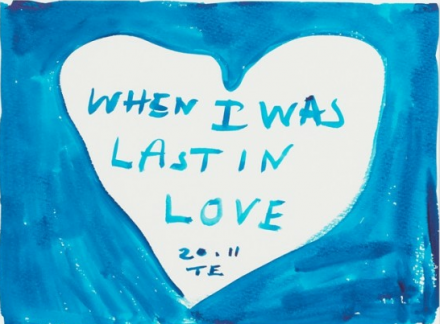 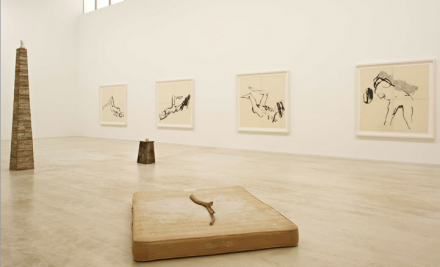 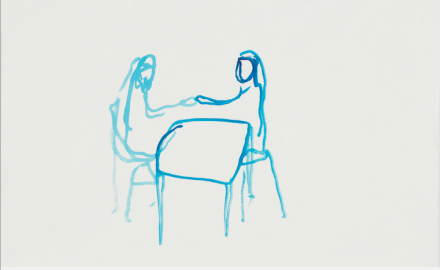 Emin’s first solo show in her hometown, “She Lay Down Deep Beneath The Sea” is a fitting homecoming.  Bringing her art face to face with the locales where she faced her own, personal traumas and offering an intriguing, intricate view of the town of Margate from a singular perspective, the included work operates as a two-way mirror, enriching the context for viewers on both sides. 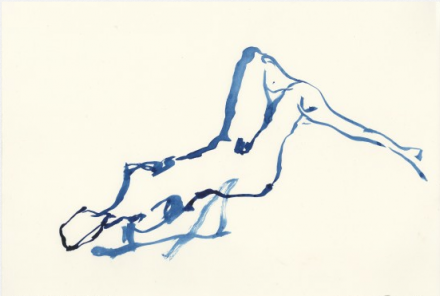 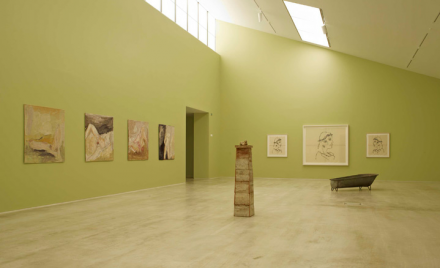 This entry was posted on Tuesday, August 7th, 2012 at 12:24 am and is filed under Art News. You can follow any responses to this entry through the RSS 2.0 feed. You can leave a response, or trackback from your own site.