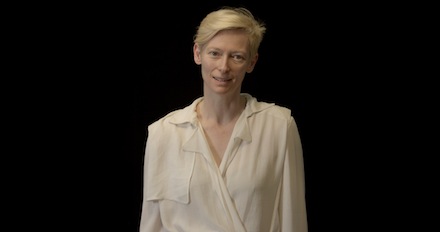 American artist Doug Aitken has his first public installation in the UK entitled The Source, which asks a variety of leading arts practitioners questions about where their creative ideas come from. Viewers can watch video conversations with artists such as Tilda Swinton, Jack Pierson, Jack White, and Mike Kelley, projected inside a temporary structure on Liverpool’s historic Albert Dock built in collaboration with renowned British architect David Adjaye.

Where does it start and how is it realized? Selections from artists of all ages are displayed in an unconventional structure at Tate Liverpool, which Aitken has said he would like to be a “a place that one can go to and walk into this field of ideas. It will be a celebration of the power of the individual and the forging of a borderless new creative territory.” The pavilion will also showcase the work at night, projecting it outwards from the structure. 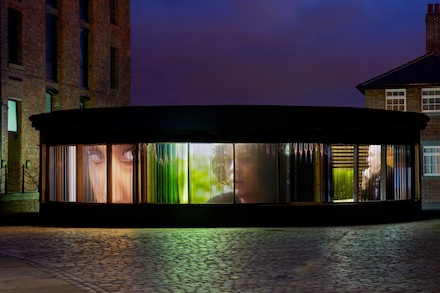 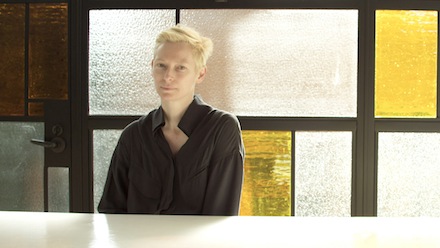 Since the 1990s, Aitken has been creating installations that include multiple screens with video projections. In 2006 he made Broken Screen: 26 Conversations with Doug Aitken, a book of interviews with 26 filmmakers (including Robert Altman, Claire Denis, Werner Herzog, and Kenneth Anger) who challenge the conventional linear narrative. Other interview projects by Aitken include The Idea of the West  (2010) where he asks “What is your idea of the West?” to 1000 random individuals on the street, and Patterns & Repetition (2011), a series of conversations about creativity in the 21st century with innovators of different artistic disciplines.

The Source is the first in a series run by Sky Arts in partnership with six leading arts organizations (Sky Arts Ignition Series). The project is also a part of the 2012 Liverpool Biennial. More information about the exhibition including trailers and a conversation with Aitken can be found on Tate Liverpool’s exhibition website. 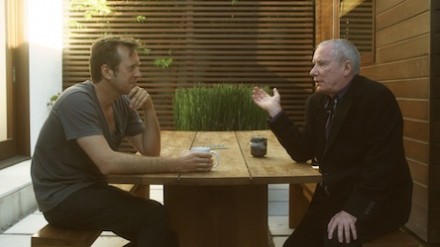 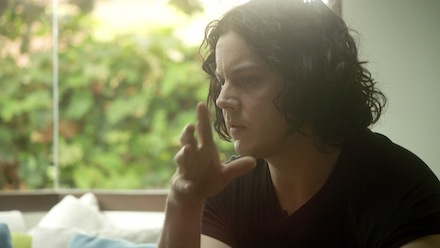 This entry was posted on Friday, October 26th, 2012 at 7:16 pm and is filed under Art News, Go See. You can follow any responses to this entry through the RSS 2.0 feed. You can leave a response, or trackback from your own site.