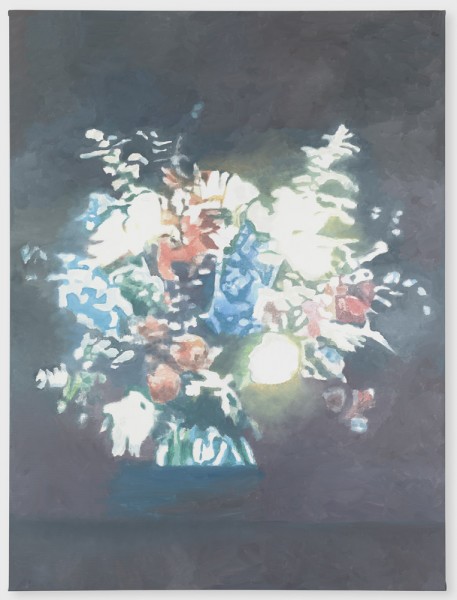 A show of Luc Tuymans featuring his latest series entitled Allo!, inaugurated the new David Zwirner Gallery in Mayfair on October 4th. To further heighten the significance of such an occasion, this is Tuymans’ first London show since 2004 at the Tate Modern. 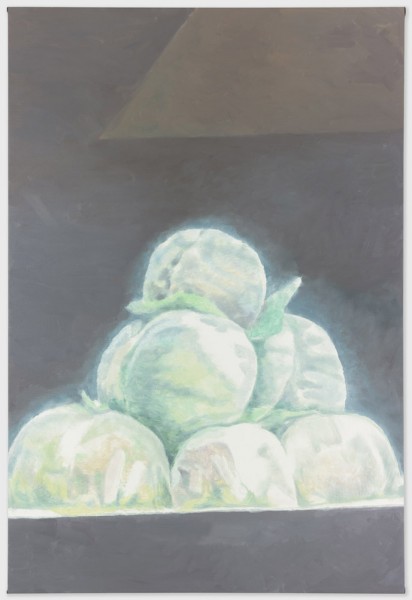 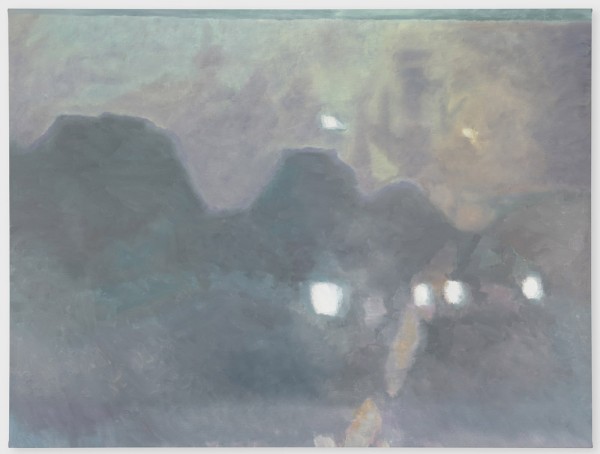 The series took initial inspiration in Joseph Conrad’s Heart of Darkness, but the narrative is mostly based around the film that loosely echoes Paul Gaugin’s life. Allo! consists of nine works that depict the final scenes of  the film, The Moon and Sixpence (1942). It tells of a stockbroker-turned-artist named Strickland who leaves his family to pursue his artwork before he dies. On his deathbed, he asks his wife to incinerate all of his paintings, along with his studio. After Strickland’s death, his doctor visits the studio and is awestruck by the artist’s talent and overwhelmed by the breathtaking masterpieces. However, it was too late – the widow sets fire to the studio as the doctor is having his revelation.

Several of the works in the exhibition depict this scene and at times pay homage to the film’s use of color, while others function as a sort of foil to the unsaturated onscreen palette.

Tuymans was born in Antwerp, Belgium in 1958 and is known for his recreations of existing images either from photographs or film stills. These reproductions are often based around poignant and potentially taboo subject matter; i.e. the holocaust and 9/11. His paintings appear slightly out of focus and blurred, evoking duplication and replication, which adds an ambiguous, eerie atmosphere to his work, further enhancing the somber undertones of the content. 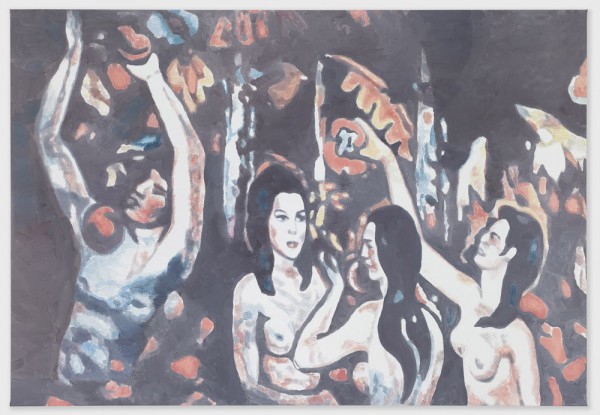 Tuymans’ defining emotive sensibility remains constant throughout Allo!; however the energy and vigor that are induced into the works with the introduction of bright, almost luminescent, gradients among the blackness have a unique sense of ignition that feels new. The title pays recognition to a bar near the red light district in Antwerp that holds a parrot that utters ‘Allo!’ with the introduction of each new customer. The excitement and life of the bird are reflected in the palette of the series; an element that coincides well with the harshness and upheaval in Strickland’s life. 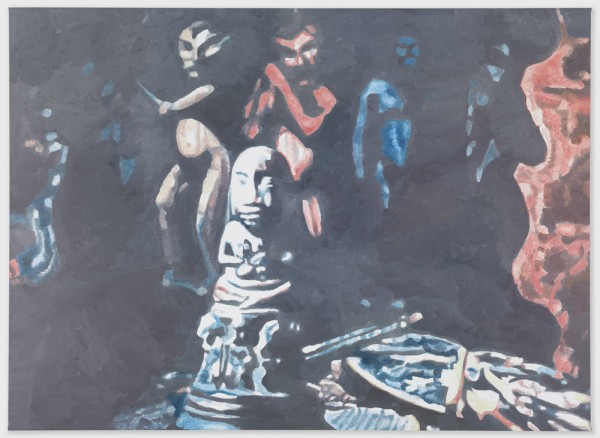 The suggestion of nudity in the female forms (in Allo II, II and IV) parodies the history of the series’ title allowing the images to retain their intensity in a paradoxically light-hearted manner. The thematic contradiction between light and dark that ties the series together hints at the violence of the fire and the sexual energy, lust and love that motivates Strickland’s widow. 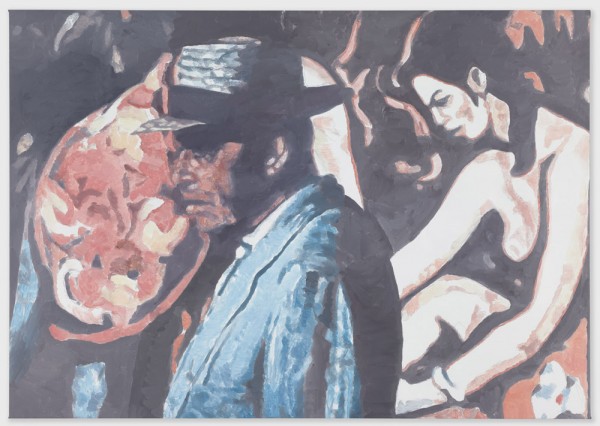 The haunting paintings hold their own amidst the starkness of their virgin, white-washed surroundings of the newly inaugurated townhouse. 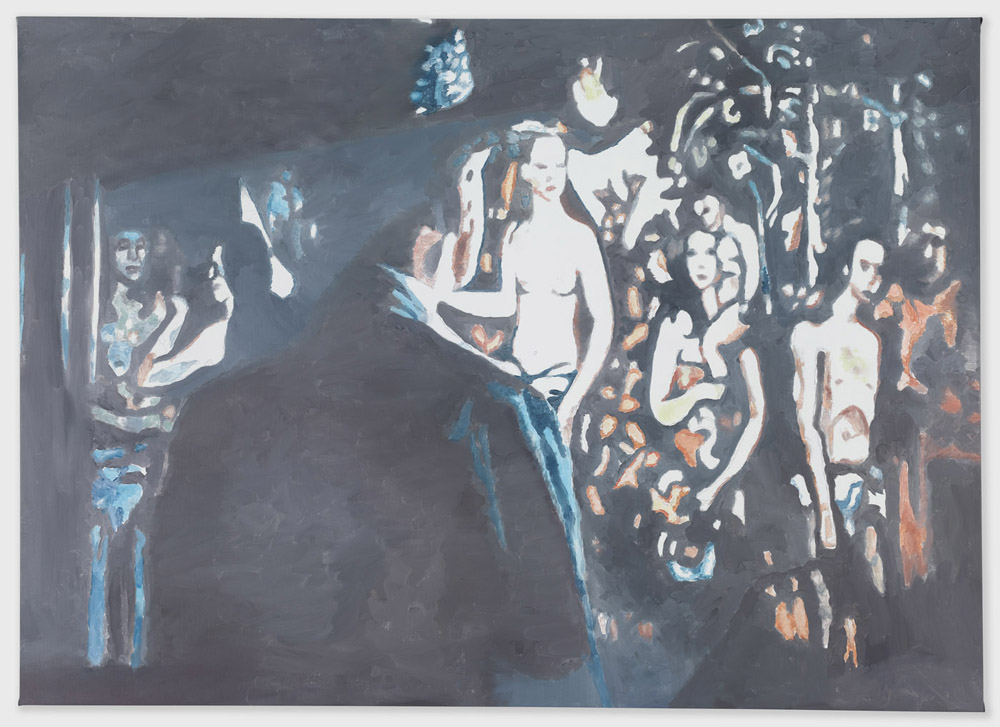 This entry was posted on Sunday, October 28th, 2012 at 1:40 pm and is filed under Art News, Go See. You can follow any responses to this entry through the RSS 2.0 feed. You can leave a response, or trackback from your own site.