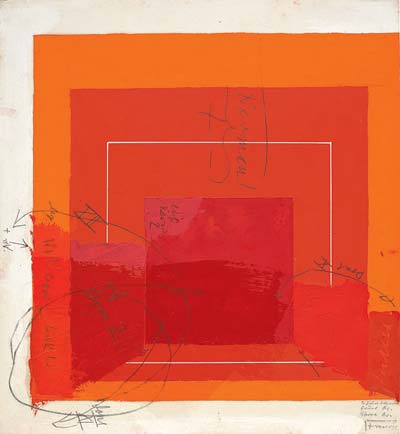 Now on view at the Morgan Library & Museum are German-born American artist and educator Josef Albers’ studies and sketches for his most well-known series of work, Homage to the Square. Approximately eighty oil sketches on paper show Albers’ artistic process, thoughts and reasoning behind the iconic paintings. 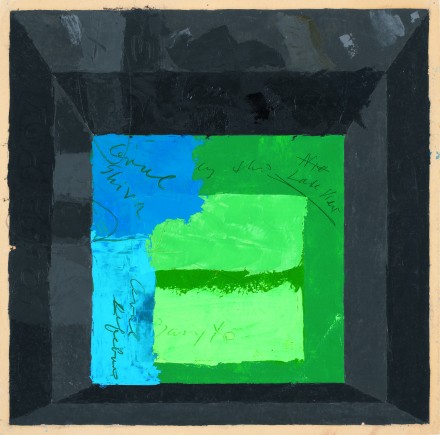 Included in the exhibition are his early studies (1930s-40s), studies for his Adobe series (1940s-50s) and studies for Homage to the Square (1950s-70s). The free-form, impassioned studies reveal the depth and emotion behind the finished works themselves, which appear strict, formal and geometrical in form.

Born in Bottrop, Westphalia, Germany in 1888, Albers was a painting student at the renowned Weimar Bauhaus in 1920, where he only 2 years later joined the faculty as a maker of stained glass. In 1925, the year the Bauhaus moved to Dessau, Albers married Anni Albers, who was working there as a student. By this time, he had been promoted to Professor, teaching with artists including Oskar Schlemmer, Wassily Kandinsky, and Paul Klee. Albers emigrated to the United States in 1933 after the closure of the Bauhaus under Nazi pressure. 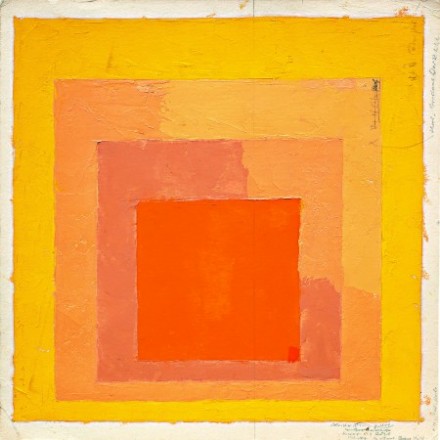 Albers was a “passionate, funny, original, crusty, and ferociously independent man,” according to Nicolas Fox Weber, who worked with him in the last years of his life and gave a lecture last month at the Morgan Library in association with the current exhibition. Although Albers is remembered as an abstract painter and theorist, he was also an accomplished designer, photographer, typographer, printmaker and poet. 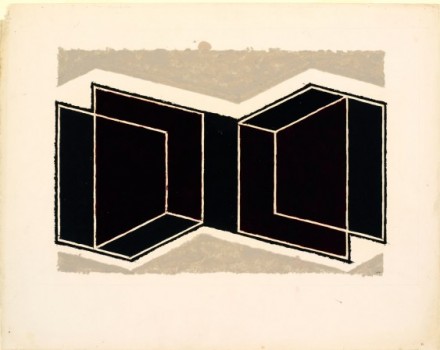 The works in the exhibition have been provided by the Josef and Anni Albers Foundation in Bethany, Connecticut and the Josef Albers Museum in Bottrop, Germany. Before arriving at the Morgan Library in July, the exhibition traveled through various venues in Europe.

The Morgan Library will be the only U.S. venue to host the show. 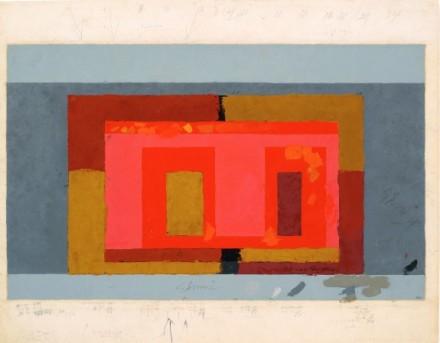 The exhibition was organized by the Staatliche Graphische Sammlung in Munich and the Josef Albers Museum in Bottrop.

Accompanying the exhibition were a variety of related programs, including a Gallery Talk by Isabelle Dervaux; lecture “Joseph Albers: At Home and At Work” led by Nicolas Fox Weber; and Film “Joseph and Anni Albers: Art is Everywhere.” The exhibition will be open Tuesday through Sunday until October 14th, 2012.

This entry was posted on Friday, October 12th, 2012 at 6:27 pm and is filed under Art News, Go See. You can follow any responses to this entry through the RSS 2.0 feed. You can leave a response, or trackback from your own site.