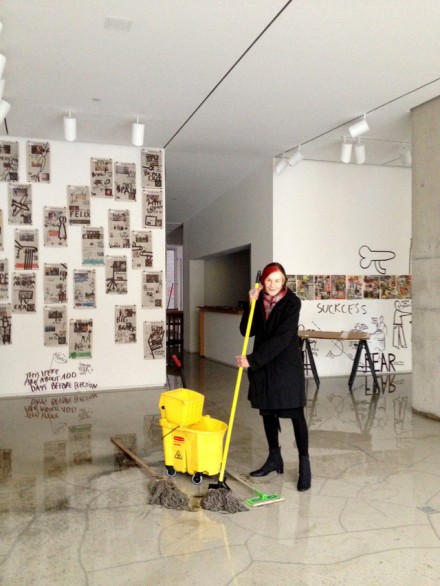 Jane Lombard of Lombard Freid Gallery in Chelsea via Businessweek

Several events have been cancelled or postponed due to flooding from Hurricane Sandy, as the city assesses damages. Below is a list of damage reports, cancellations and closures. 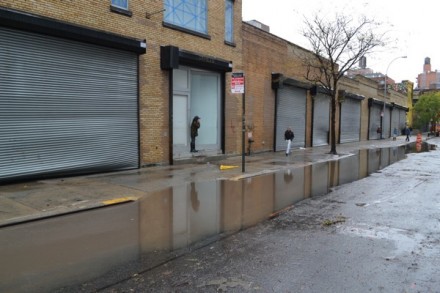 Phillips will continue with its editions auction this evening on Park Avenue as planned.

GalleristNY reported flood damage at Zach Feuer, Andrea Rosen, David Zwirner, Gagosian, and Pavel Zoubok from Hurricane Sandy. A gas leak was being investigated in front of Gagosian’s 21st St gallery and an employee at Andrea Rosen’s gallery said they had flooding of over three feet inside – the inauguration of the gallery’s current expanded and adjunct spaces on Nov 3rd has yet to be confirmed to the press. 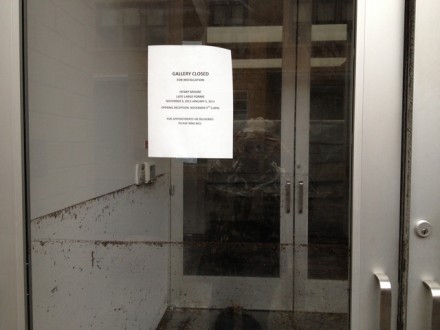 Floodline at Gagosian via Businessweek

Businessweek’s Katya Kazakina reported that Leo Koening, Marc Jancou Gallery and Susan Inglett Gallery all saw severe flood damage. The basement of Klemens Gasser & Tanja Grunert gallery is under water. Rachel Churner estimates a loss of $100,000 in artwork due to a flooded basement.

White Columns, further downtown, sent out an email that they are without power and the gallery is closed until further notice.

Museums that are open: The Brooklyn Museum, the Guggenheim (only “Picasso: Black and White”), MoMA and The Metropolitan.

Art Observed will continue to report on closures and re-openings as they happen. The above information is as of 2:00 p.m. on October 31, 2012.

This entry was posted on Wednesday, October 31st, 2012 at 2:20 pm and is filed under Art News. You can follow any responses to this entry through the RSS 2.0 feed. You can leave a response, or trackback from your own site.