The Philosophy of Andy Warhol (From A to B and Back Again)
(Andy Warhol, 1977)
Read More and Buy↠
Home » AO Onsite Photoset – NADA Art Fair in Miami Beach, December 7th, 2012 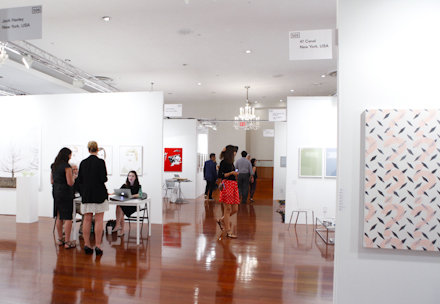 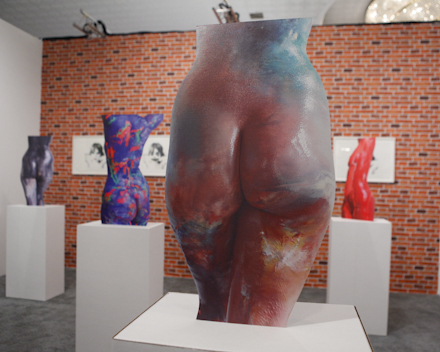 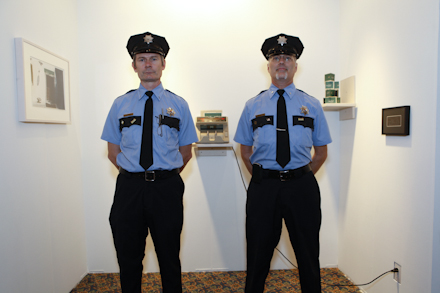 Guards watch Warhol’s Ones, Half Gallery

The act of buying and selling is no stranger to animalistic metaphors, and when describing the opening atmosphere gallerists used several: “The mood of the crowd was intense,” Amanda Schmitt of the Hole Gallery told Art Observed: “people definitely came in like vultures.” 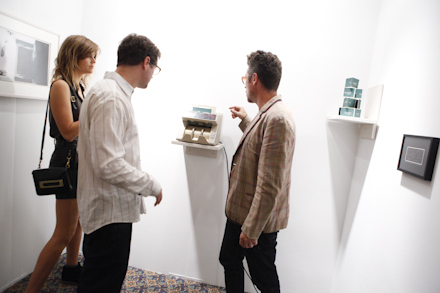 Last year The Hole Gallery had two twin booths sell out, says Schmitt. This year they’re on track to compete with that record. Adrian from the James Fuentes Gallery told Art Observed that NADA brings “the best crowd ever, super cool all around. We see friends, familiar faces. NADA tends to bring the people we like best – the most creative and adventurous of the collectors.” 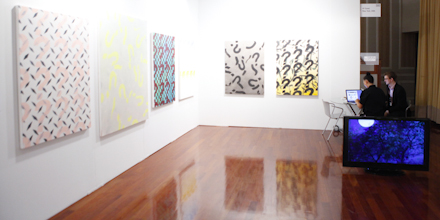 In an effort to keep things fresh, Adrian explained that gallery owner James Fuentes brought in some brand new artists, including Kamau Amu Patton, with whom they just started working.

Another gallery from the Lower East Side, The Half Gallery, had Huma Bhabha, Sam Falls, René Ricard, and Lucien Smith reinterpret Andy Warhol’s one dollar bills, which were originally designed for a charity gambling event and printed on real currency paper. Fall designed a tilting stack of folded squares with his bills. “A house of cards,” Said Bill Powers, co-owner of Half.  “I like having accidental fair commentary, so you can see how tenuous the system is.” 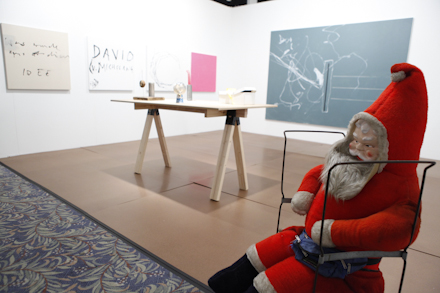 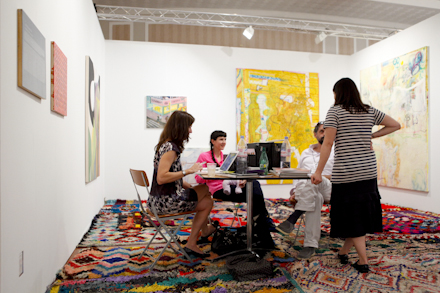 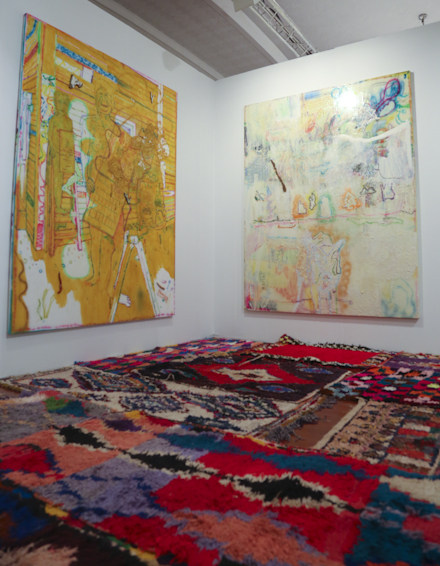 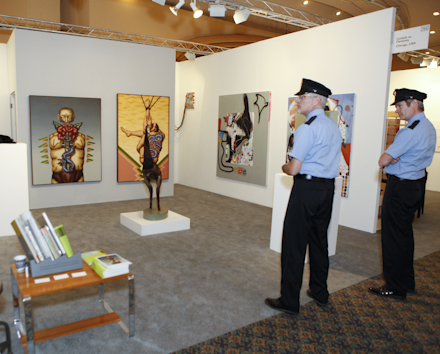 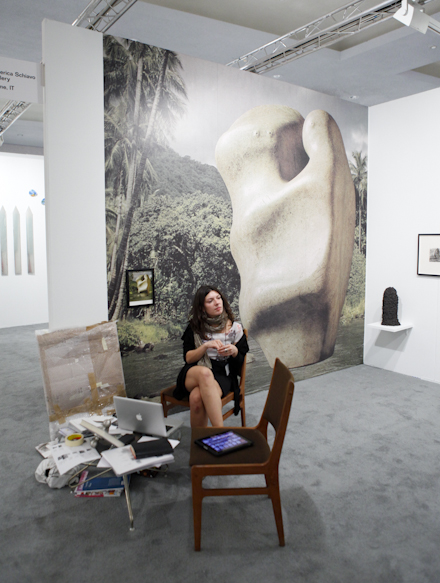 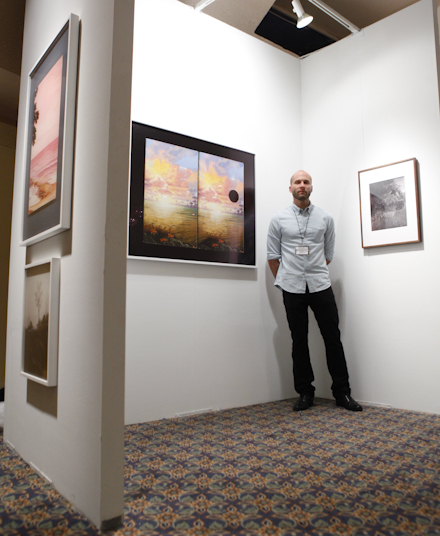 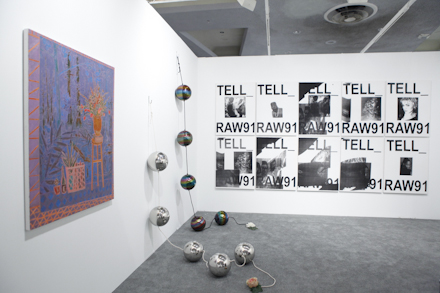 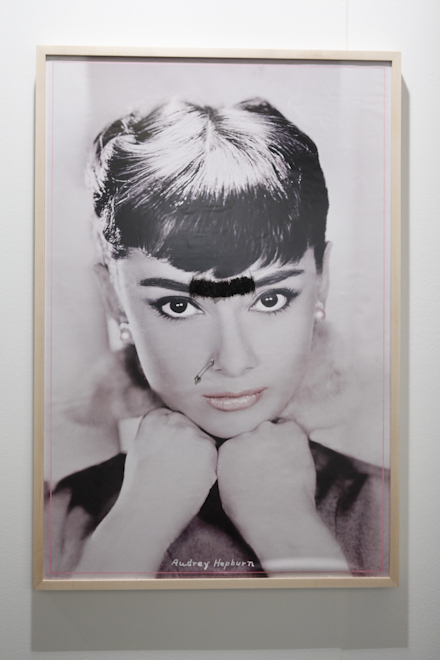 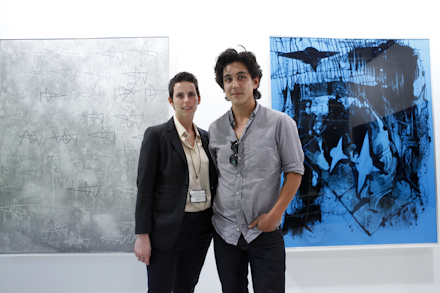 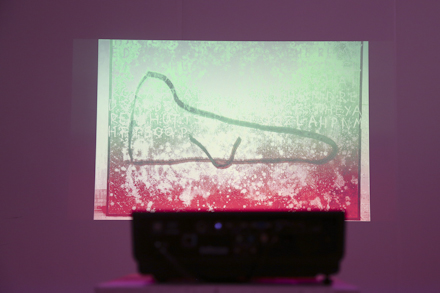 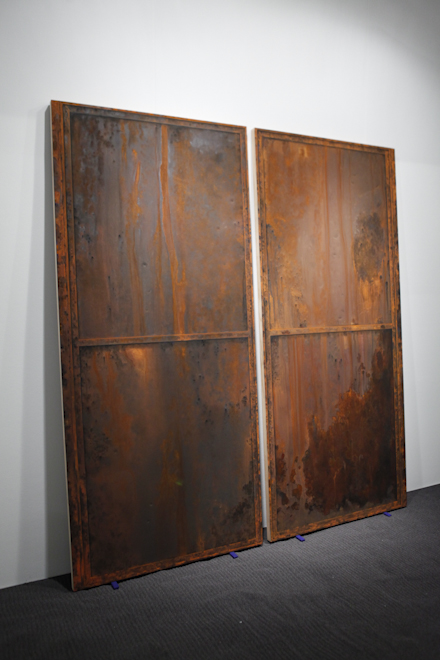 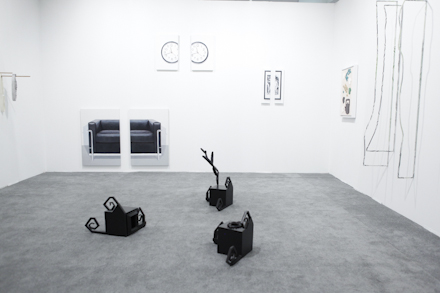 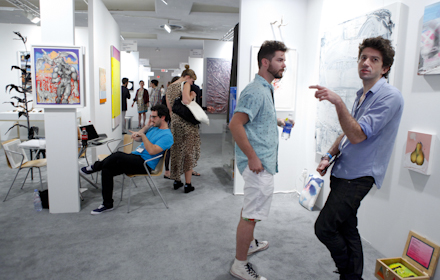 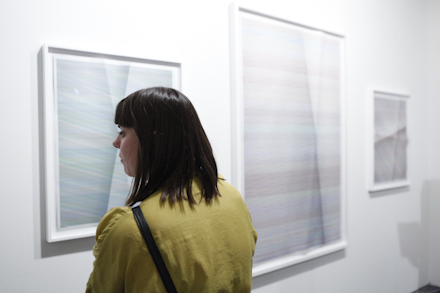 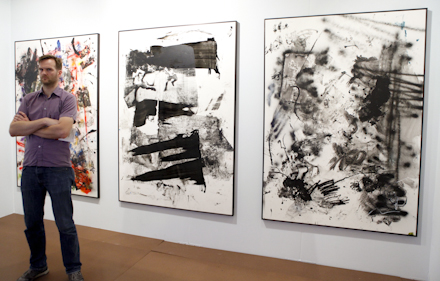 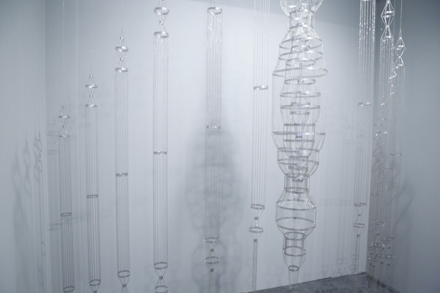 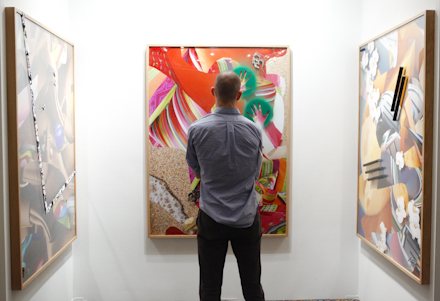 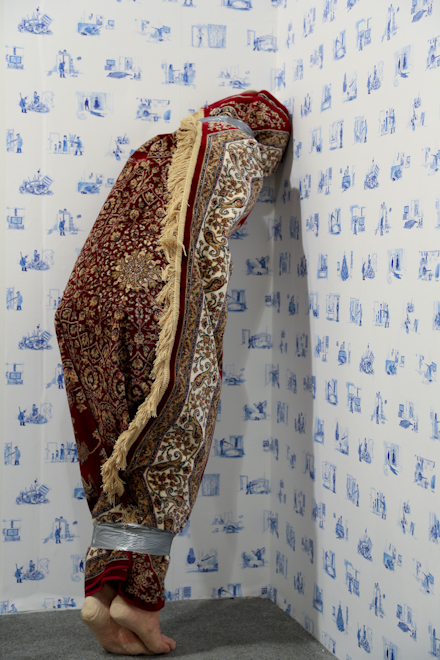 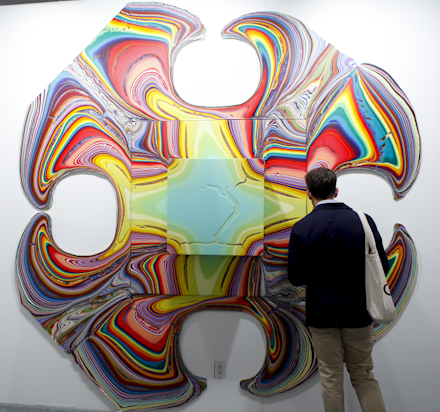 A large work by Holton Rower at The Hole Gallery 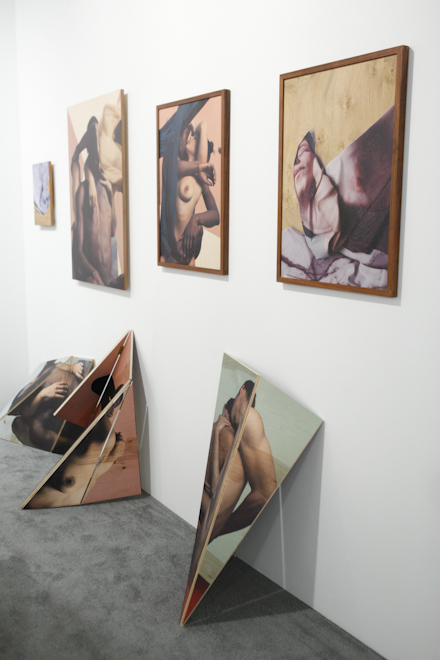 Work by Matthew Stone at The Hole Gallery 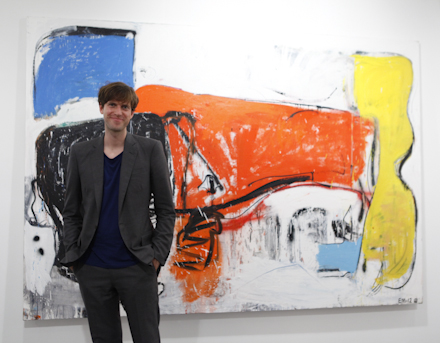 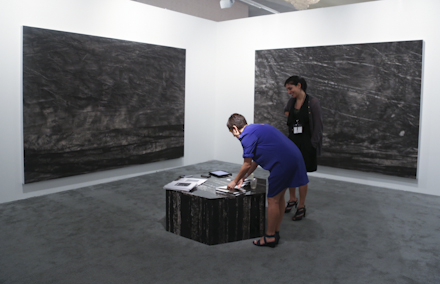 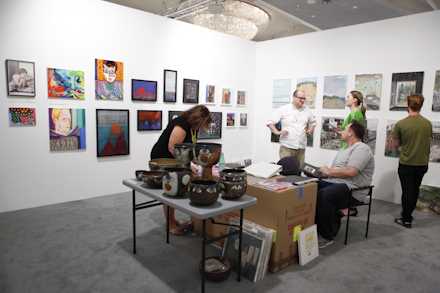 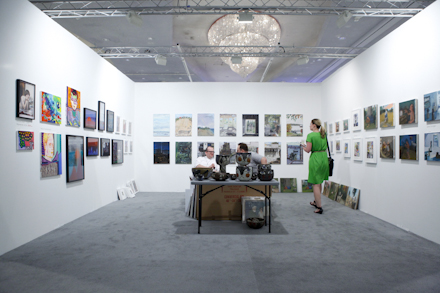 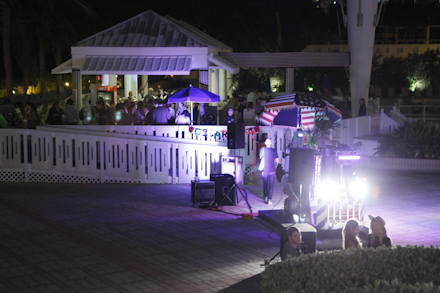 This entry was posted on Saturday, December 8th, 2012 at 12:47 am and is filed under AO On Site, Art Fair, Art News, Go See, Interview. You can follow any responses to this entry through the RSS 2.0 feed. You can leave a response, or trackback from your own site.