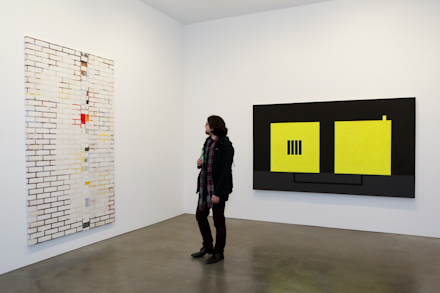 The Andrea Rosen Gallery opened Cellblock I at its main space on December 1st, 2012, and simultaneously inaugurated its new, second location–just down the street at 544 West 24th Street–with Cellblock II. Both shows, held together under the theme (and anti-theme) of imprisonment, were curated by the prominent scholar and curator Robert Hobbs. 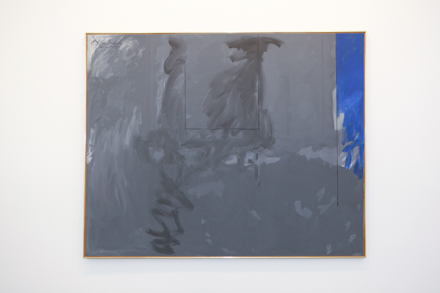 Hobbs is well-known for his work as an art historian and writer. He has been the Rhoda Thalhimer Endowed Chair at Virginia Commonwealth University since 1991, and a visiting professor at Yale University for eight years. He is known as the definitive Robert Smithson scholar, and has contributed seminal writings on many of the artists he selected to show, including Alice Aycock, Beverly Pepper, and Kelley Walker. 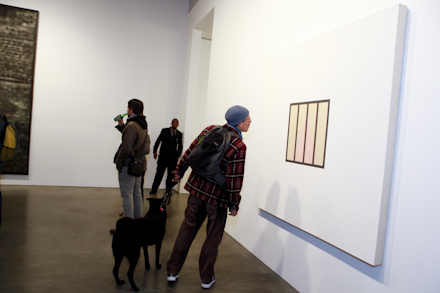 In many ways these two group exhibitions are the nexus of Hobbs’ historical and scholarly work, and as a result they are highly philosophical, readerly, and often purposely unfriendly to the viewer. An incredibly dense guide written by Hobbs accompanies the two shows. In one section of this guide, he quotes Kelley Walker: “I wanted zero, but I wanted the negative and positive to remain on both sides of zero. There was no way to begin with zero because whatever I would start with, it would have a history.” Initially this sentiment seems opaque and unreasonable, not unlike the show itself, but as the viewer moves from Cellblock I into Cellblock II, things begin to fall into familiar patterns. 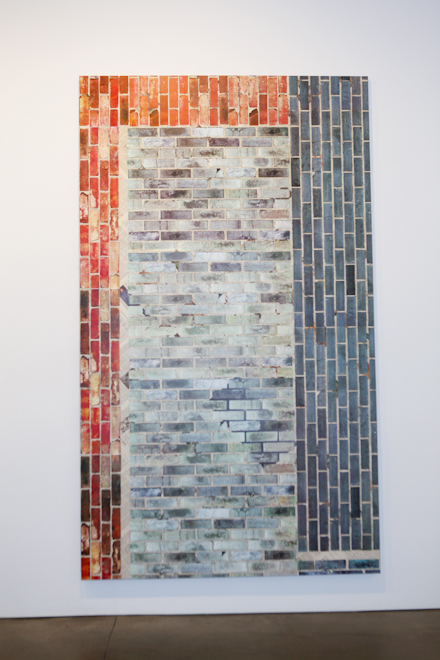 Cellblock I includes a core of four artists (Peter Halley, Robert Motherwell, Sterling Ruby, Kelley Walker) with additional works by Alice Aycock and Robert Smithson. The works feel like dinosaurs in the gallery’s immense main space: objects of fascination and fear, but also whole, large, and incomprehensible. From one perspective the viewer is sandwiched between a colorful, almost playful Peter Halley and a semi-open, creamy Robert Motherwell. Turn to the left and an entirely new experience develops: a moody, dark Sterling Ruby glowers opposite a wall of tactile charcoal boulders. If the room were smaller, the viewer would feel trapped and forced, but the space allows for relaxation and contemplation. 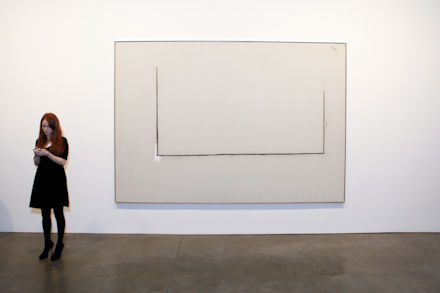 The opposite is true of Cellblock II, just down the street. The room is small, low-ceilinged, and crammed from end to end with sculpture, video, drawing, painting, and explanations, creating an intentional feeling of imprisonment via the installation. Described as an essay in exhibition form,  it succeeds in giving loads of information all at once. Where Cellblock I simply existed without explanation, Cellblock II is nothing but explanation, invoking an almost visceral sense of imprisonment. Yes, Artur Żmijewski’s videos of prisoners and Jackie Winsor’s three-dimensional square black hole directly rob the viewer of control, but even more important is the mental sensation of entrapment by explanation. 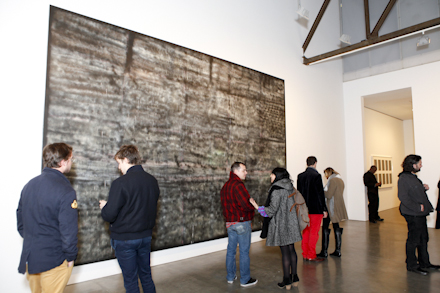 In his exhibition guide, Hobbs references Jacques Lacan’s theory that we acquire language in a symbolic stage, unable to control our inculcation into not only a world of language, but into a social stratosphere with specific “morals and mores.” Hobbs extends this to say that from the very beginning, our experience of culture is imprisoning, and he extends this theory even further into the very room in which we experience Cellblock II, giving us no choice but to take in everything from his tightly packed exhibition all at once. 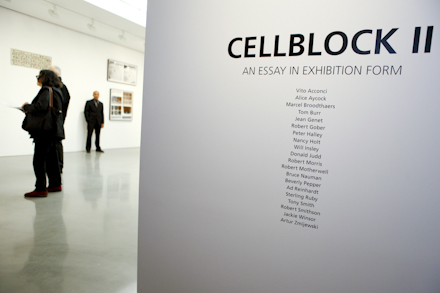 It goes unmentioned throughout the exhibition materials, but there is a reprieve from the constant theoretical battle between “the negative and positive, both wanting to remain on both sides of zero.” It comes in the form of Alice Aycock’s Project for an Underground Vertical Maze (#2), and it’s the sense that we’re allowed to laugh at this process; allowed to acknowledge the futility of our constant search for meaning. Hobbs says her work “drily implies the frustrations viewers experience,” but truthfully it is beyond dry and downright humorous. In the small back room of Cellblock I, Aycock’s behind-the-scenes plans for an elaborate maze are unrealistic, convoluted, and funny. She walks viewers through impossible geometry, asking us to ignore our inability to reason through the imprisonment. 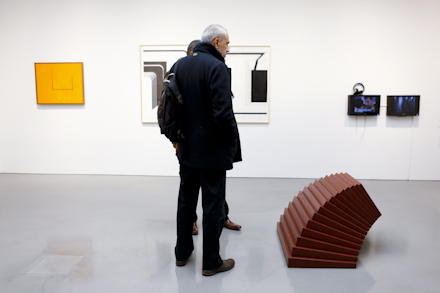 The directed, didactic nature of Gallery 2 negates these poignant moments of self-reflection, but that’s the point. Since 1999 Andrea Rosen Gallery intended to open a second space, designing it as a “liberating arena” where “content-driven, experimental, and historical one time exhibitions” could be held, and where significant conversations and education about both old and new work would flourish; in many ways it is meant as a more vocal, educational, and essay-driven hub, allowing the main gallery to stay quiet and reflective.

Cellblock I and Cellblock II are on view through February 2nd, 2013. 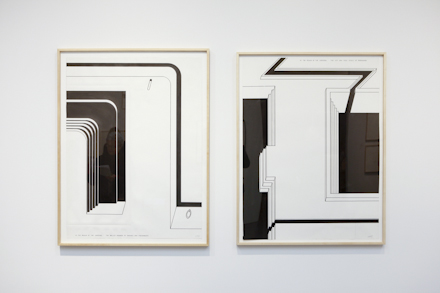 Robert Morris’ In the Realm of the Carceral at Cellblock II, Andrea Rosen Gallery 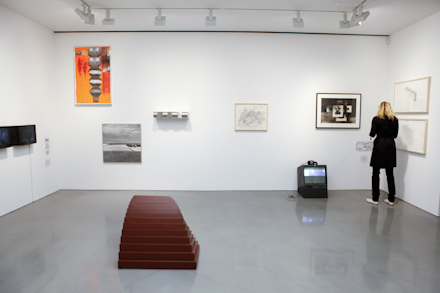 This entry was posted on Tuesday, December 18th, 2012 at 2:29 pm and is filed under AO On Site, Art News, Galleries, Go See. You can follow any responses to this entry through the RSS 2.0 feed. You can leave a response, or trackback from your own site.