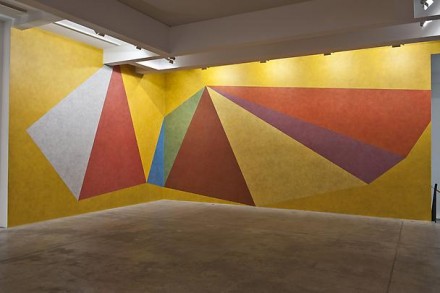 Galerie Marian Goodman in Paris is hosting an exhibition of Sol LeWitt’s wall drawings and other work, through January 26th. LeWitt, credited as the father of conceptual minimalism, has been widely exhibited internationally since 1965. The work of this American-born artist encompasses a variety of mediums and styles. Pyramides is a series of wall drawings conceived between the years of 1985-1994. Four floor-to ceiling geometric shapes etched directly onto the walls of the gallery represent some of LeWitt’s most recognizable and iconic work. 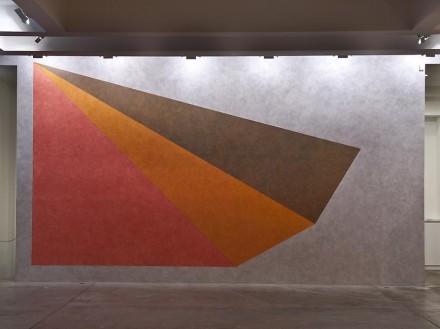 1,200 wall drawings were produced from 1968 until the artist’s death in 2007. One of the most notable aspects of LeWitt’s work is the detachment of the product from the hand of the artist himself. In developing a vocabulary of line, color and form, LeWitt created a system that allows for his work to be translated and interpreted by artists and draftsmen outside of his direct and immediate influence. 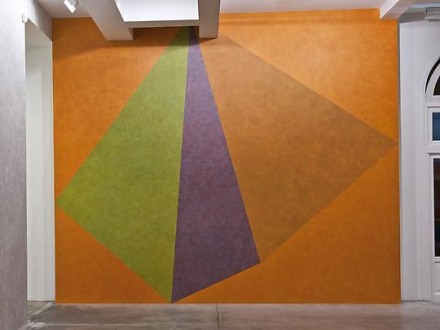 Artists etch the wall drawings directly onto the walls of the gallery housing the show. The installation of the wall drawings involves the interpretation of guidelines and diagrams created by LeWitt before his death. Eight young artists, some students at the Ecole nationale superieure des Beaux-arts de Paris, etched the wall drawings for this exhibition. 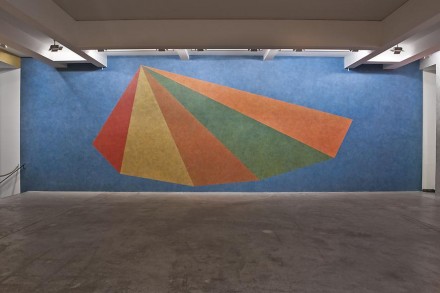 In addition to the four wall drawings on display is a collection of etchings, lithographs, woodcuts, and silkscreens created between 1973 and 1991 that speak to the range of LeWitt’s work. LeWitt’s practice represented an art that produces itself, almost entirely independently from the artist himself. However, LeWitt’s unmistakable signature of a topographical minimalism is consistent throughout, despite the variety of hands that went into the creation of his work. 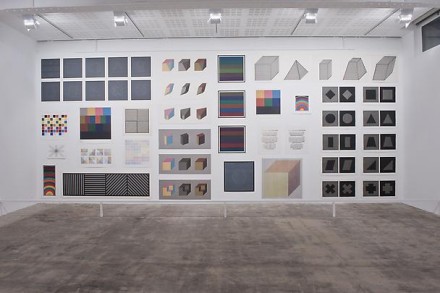 This entry was posted on Monday, January 7th, 2013 at 12:01 am and is filed under Art News, Go See. You can follow any responses to this entry through the RSS 2.0 feed. You can leave a response, or trackback from your own site.

One Response to “Paris – Sol LeWitt at the Galerie Marian Goodman through January 26th, 2013”