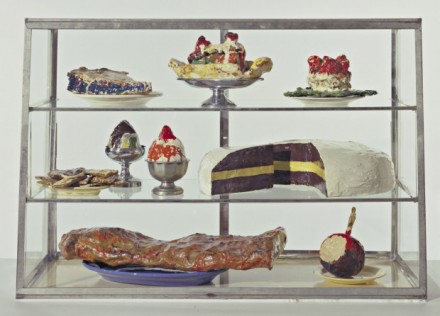 Guggenheim Bilbao is currently exhibiting work by legendary American pop artist Claes Oldenburg (born 1929), focusing on the sculpture, performance and installation artist’s early work from the 1960s.  Pulling from the conceptually dense and thematically broad practice of his formative years, this is the largest show of work ever exhibited from this period in Oldenburg’s life. 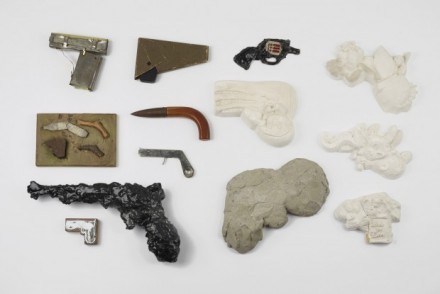 Born in Stockholm in 1929, Oldenburg was raised in the United States while his father served as Consul General of Sweden to the city of Chicago. Winner of the 1989 Wolf Prize in Arts and the 2000 National Medal of Arts, Oldenburg has been a member of the American Academy of Arts and Letters since 1975, and has belonged to the American Academy of Arts and Sciences since 1978.  But before his many accolades and honors, Oldenburg embraced the burgeoning pop art movement of the 1960s.  An early practitioner of “happenings,” performance art productions intended to bring the concept of performance out of the theater and into everyday life, the artist’s soft sculptures of everyday objects were often used in these happenings, and were intended to be humorous responses to the idea that art is profound by its very nature. 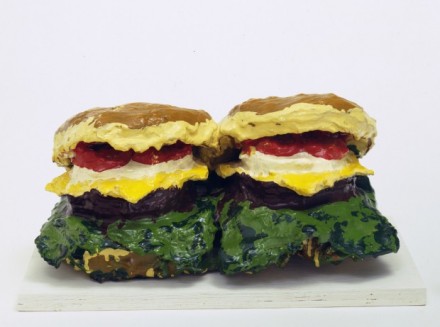 Claes Oldenburg, Two Cheeseburgers with Everything (1962), via Guggenheum Bilbao

Regardless of his ambivalence towards “high-minded” art , Oldenberg’s work cut incisively to the heart of mainstream, post-war America.  Particular to Oldenburg’s style is the concept of the “industrially produced object–the object as commodity.”  Making references to capitalist consumption and mediated desires, Oldenburg made large-scale replicas of food, household objects, and even graffiti out of plaster and ceramic to metal, fabric and glass to explore the fetishized status of objects, and the cultural assumptions afforded them. 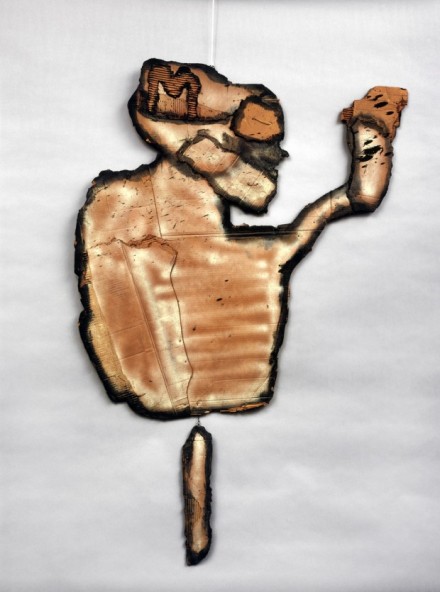 Rendering the banal in a crude, abstracted manner, Oldenburg approached his subjects with a brand of rough-edged irreverence that would become his personal trademark, forcing a reevaluation of his materials and subjects through their abstracted appearances.  While later work would abandon this technique for more tightly composed works made with his wife Coosje van Bruggen, “The Sixties” showcases the early forms and theories that Oldenburg utilized in pursuit of the American dream. 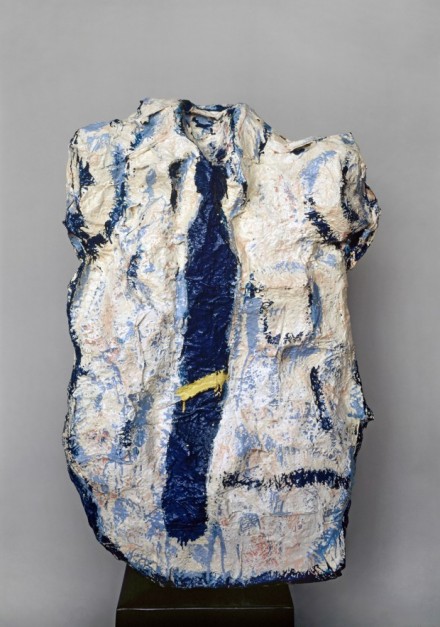 Claes Oldenburg: The Sixties, which opened on October 30, 2012, was co-organized by Museum moderner Kunst Stiftung Ludwig Vienna (MUMOK) and the Guggenheim Museum Bilbao, will continue its run through February 17, 2013. 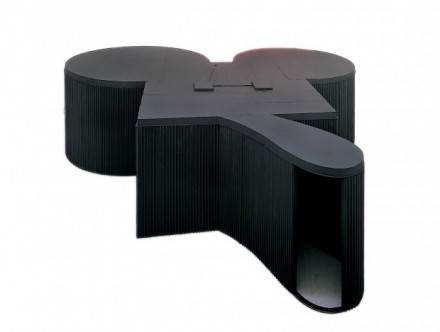 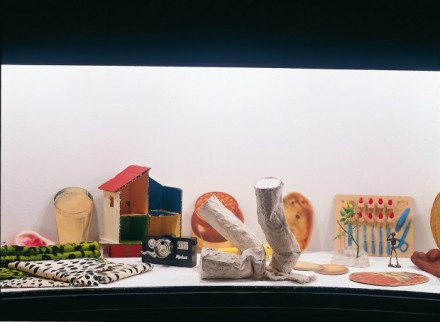 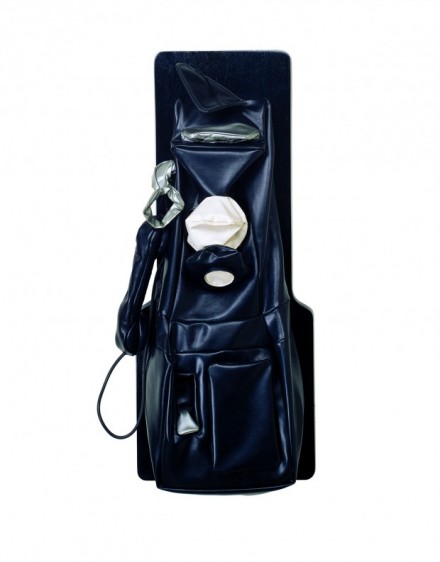 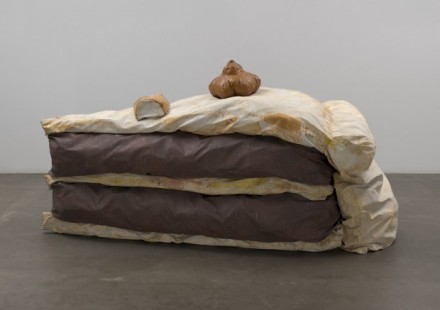 This entry was posted on Saturday, February 16th, 2013 at 11:32 pm and is filed under Art News. You can follow any responses to this entry through the RSS 2.0 feed. You can leave a response, or trackback from your own site.