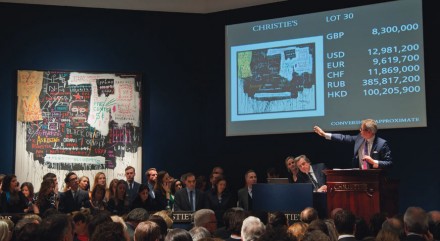 With the conclusion of Contemporary Art Auction Week yesterday in London, dealers, collectors and artists headed home, having seen well over $200 million exchanged during what many are calling a particularly successful season.  This year, Asian, Russian, and other international collectors continued to make their presence known, including a number of first- time bidders who swooped in one some of the more highly valued works available. 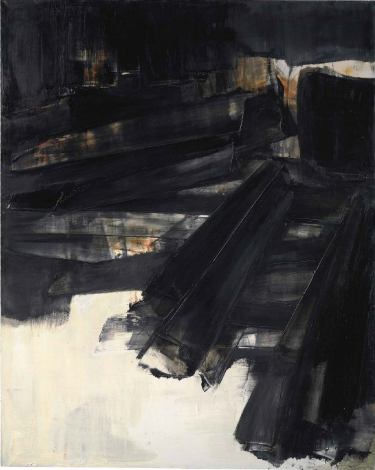 Christie’s posted sales numbers of £96.3 million, including a £9 million price tag for Jean-Michel Basquiat’s Museum Security (Broadway Meltdown), the auction house’s high earner this week. Christie’s also served as the stage for a large auction of works by German collector Mrs. Ingvild Goetz, who sold a 71 lot selection of works for nearly £7 million to benefit her philanthropic efforts. 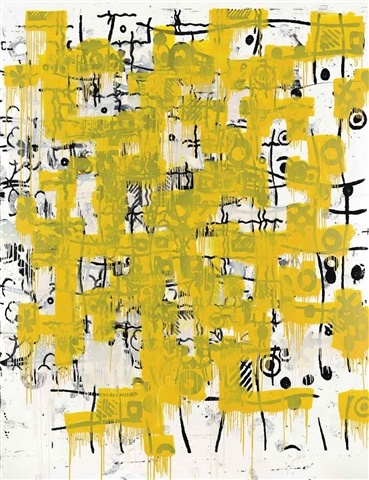 There were some signs of stagnancy in the high end of the markets this week.  Some of Sotheby’s highest valued works by Basquiat, Francis Bacon and Lucio Fontana struggled to attain their minimum estimates, and others did not even sell, including one of the highly touted works available by Gerhard Richter.  Regardless, the auction house still managed an impressive £74.4 million, with Francis Bacon’s Three Studies for a Self-Portrait commanding an impressive £13.8 million. 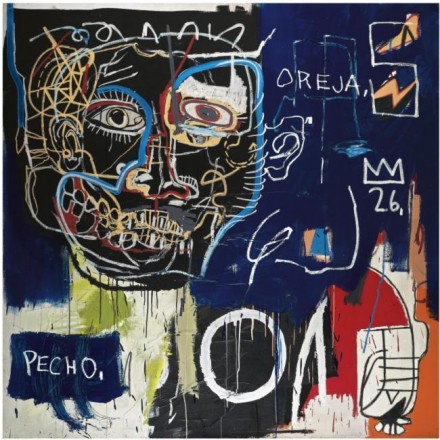 But perhaps the big story of the week was the increased activity in the middle market.  There was heavy bidding on a number of works valued in the six-figure range, including works by Antony Gormley, Andreas Gursky, and Wade Guyton, as well as a focus on much younger artists with strong auction records.  This increased interest drove the prices up on a number of works, most notably on Frenchman Pierre Soulages’s Peinture, which tripled its value and set a new auction record for the artist at £3.28 million. 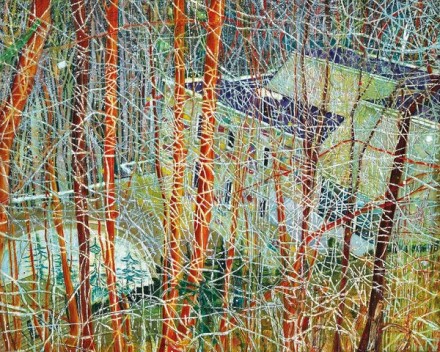 Peter Doig, Architect’s Home in the Ravine (1991), via Christie’s 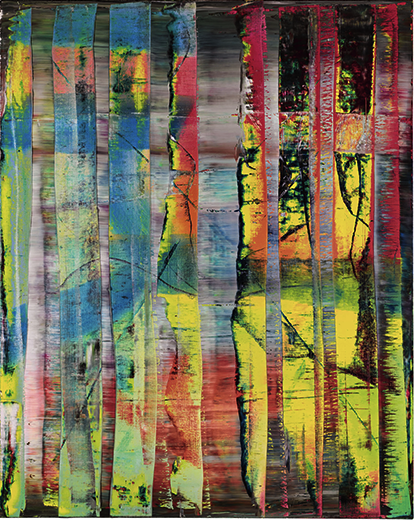 What seems to be an increased focus on rising artists will bode interestingly for the upcoming art fairs this summer, as collectors may seek to uncover the next great artist and seller before they hit the auction block.

This entry was posted on Saturday, February 16th, 2013 at 8:29 pm and is filed under Art News. You can follow any responses to this entry through the RSS 2.0 feed. You can leave a response, or trackback from your own site.