Collector Will Donate Johns Works to MoMA as Promised 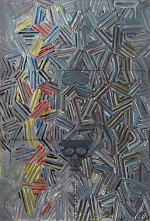 Collector David L. Bryant has spoken out against accusations that he is reneging on an agreement to donate Jasper Johns’s Tantric Detail triptych to the Museum of Modern Art.  The dispute was made public after billionaire Henry Kravis, who purchased the works jointly with Bryant, filed a lawsuit alleging that Bryant was attempting to back out of an agreement to donate the works after a set period of time.  “I have always planned to give my half of the paintings to MoMA.” Bryant said.  “I have never said nor do I have any intention of reneging on my agreement with the artist to do so.”

This entry was posted on Saturday, February 2nd, 2013 at 2:54 pm and is filed under Art News. You can follow any responses to this entry through the RSS 2.0 feed. You can leave a response, or trackback from your own site.