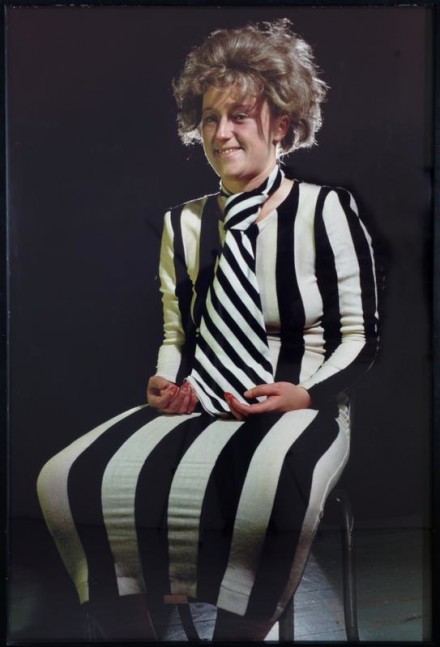 Skarstedt Gallery is currently presenting the retrospective 1980’s Revisited, revisiting the works, theories and artists that helped to define the dynamic decade in contemporary art.  Fetauring works by Carroll Dunham, Jenny Holzer, Mike Kelley, Jeff Koons, Richard Prince, David Salle and Cindy Sherman, the show highlights the varied and often conflicting artistic styles of the time, particularly in the newly developing approaches of Appropriation, Neo-Expressionism, and Graffiti.  The 1980’s were a controversial decade for the art world, a period of active boundary breaking by artists looking to challenge contemporary society. 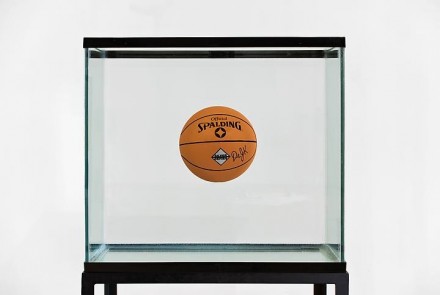 Partially defined by the frequent reevaluation of image, material and meaning present in the work of art, many breakout works of the 1980’s embraced new connections between viewer and object, tying indefinite cultural assumptions and multiplicities of meaning into the fabric of an art work.  Objects incorporated into the work often failed to exist on a singular plane of relation to the work, breaking down into multiple readings and implications about the artist, culture and viewer’s intertwined relationships with the art itself. 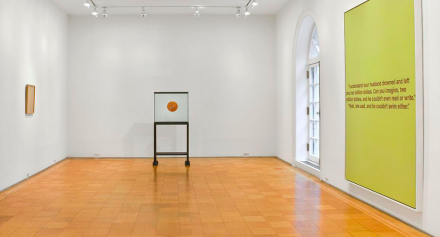 It was in this framework that appropriation took on new levels of complexity and significance.  Jeff Koons’ One Ball Total Equilibrium has become an iconic marking of the 1980’s evolution of Pop Art and Appropriation.  First exhibited in Koon’s first solo exhibition in New York’s Lower East Side nods to the legacy of Minimalist sculpture while establishing new ground in the use of ready-made objects. Like Koons, Mike Kelley also emerged as an artist who newly explored found objects and put them to use in his sculptural tableaus. His work,  Arena #11 (Book Bunny) posed new questions regarding authorship and originality. 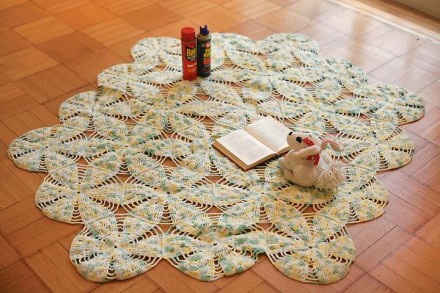 The 1980’s also saw Graffiti moving from the streets into galleries, with artists Jean-Michael Basquiet, Keith Haring, and George Condo spearheading its transition into the world of fine art. Taking inspiration from Graffiti’s frenetic immediacy and graphic irreverence, these artists imparted new, unstable qualities onto canvas, thus opening up new channels in art production and thought. 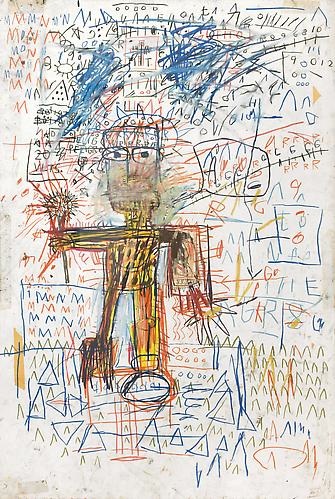 Also on view is one of the decade’s most controversial pieces, Richard Prince’s Spiritual America (1983).  The work, a nude, appropriated photo of then-underage starlet Brooke Shields, caused a major stir in the cultural landscape, leading to a major lawsuit that drew the influence of consumerist tendencies of the 1980’s into the foreground.

Not only was consumerism a major topic during this time, but many artists began to explore the intersections of mass-media, fashion, and sexuality in works that are considered part of Neo-Expressionism. Whether through Cindy Sherman’s challenges to stereotypical female roles and their subversion of the male gaze, or by Jenny Holzer’s L.E.D. commentaries on societal norms and gender roles, these artist did not shy away from making the personal political. 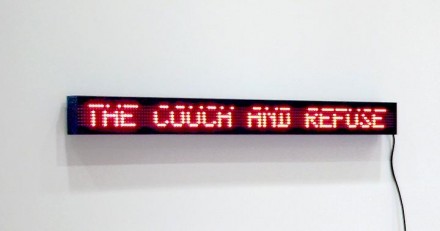 Seeing the works of these highly influential artists exhibited together is an amazing opportunity to gain important insight on a pivotal time in the contemporary art canon. Whether it’s a chance to see some of these pieces again or to take a first look, Skarstedt gallery provides a fresh perspective on the art world of New York in the 1980’s. 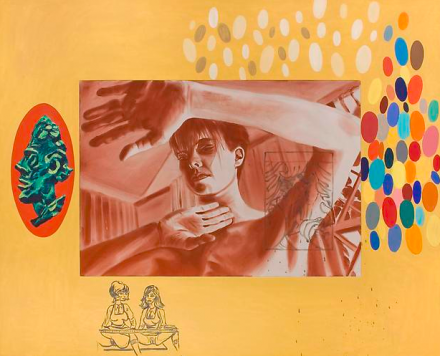 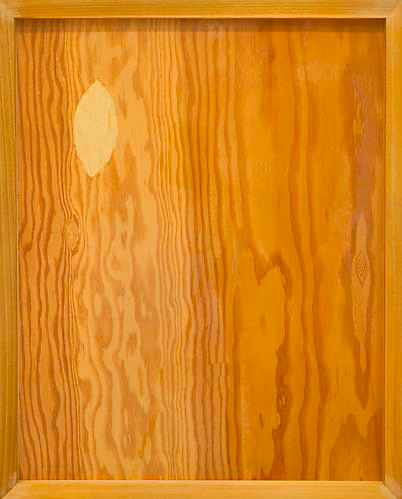 This entry was posted on Friday, April 5th, 2013 at 9:47 am and is filed under Art News. You can follow any responses to this entry through the RSS 2.0 feed. You can leave a response, or trackback from your own site.