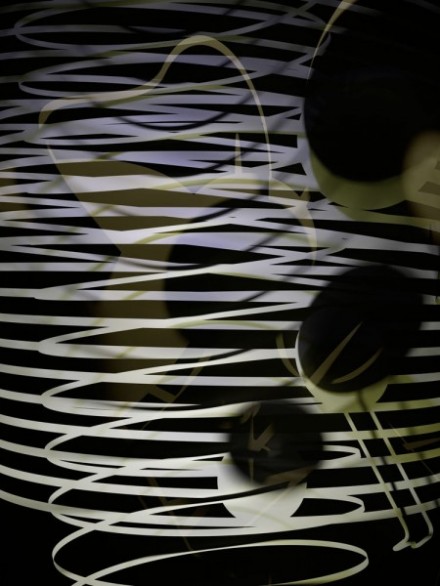 David Zwirner’s 19th Street Gallery spaces in Chelsea are currently exhibiting a selection of recent works by German photographer Thomas Ruff, showcasing the artist’s ongoing inquiries into digital interjections into the photo making process, and his studies on natural phenomena filtered through the lens of digital photography. 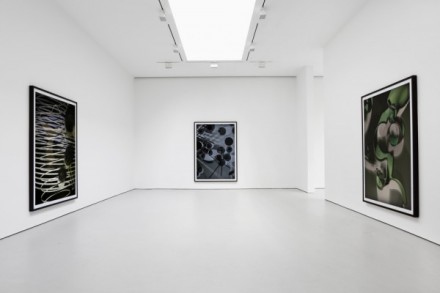 Showing works from both his photograms and m.a.r.s. series, Ruff’s works serve as a document of his increasingly diversified conceptual practice.  Evolving from his studies in the 1970’s of the camera’s effects on its subjects, and particular focus on the frame as a defining contextual device, Ruff has continued to explore how the process of photography affects its outcomes, and how the technology of photography is open to manipulation in the presentation of the image. 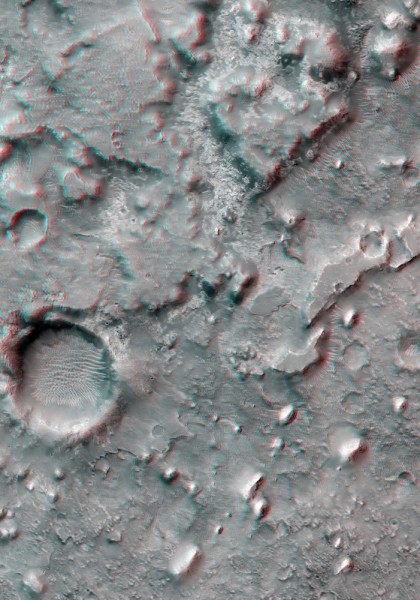 Ruff’s photograms series is constructed almost completely in digital, using a custom-built software program to simulate camera-less photography techniques pioneered by the Surrealists in the 1920’s.  However, Ruff asserts a new control over the image through the striation of his own coded system, allowing him to dictate and alter the behavior of light within his “virtual darkroom.”  Ruff’s assertion of control throughout the series blurs the line between natural phenomena and traditional modes of authorship, a hybrid set of works that succeed in exhibiting a wholly new set of images. 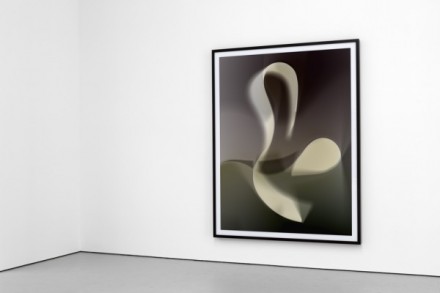 In his other series of works, Ruff appropriates NASA images of Mars, infusing them with outbursts of color and shade, interpreting the hue of the desert planet while turning other works into 3 dimensional landscapes through traditional two color techniques that require classic 3-D glasses reminiscent of cinematic camp.  Ruff infuses the images with a sense of novelty that makes them almost comical, while opening new perspectives into foreign objects.  Seeking to move the flat image of a foreign planet outside of the photographic sphere, Ruff highlights both the limitations and new potentials for photography in viewing the worlds outside our own. 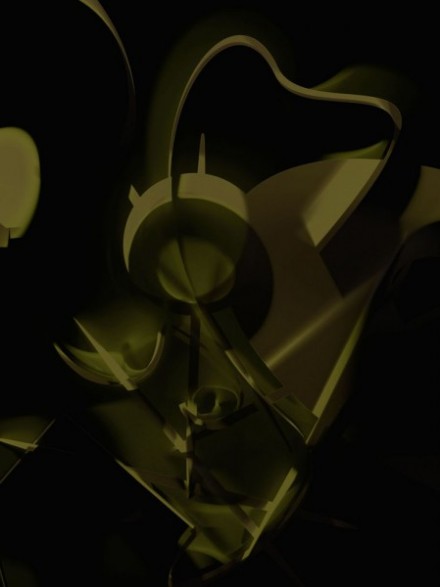 Ruff’s philosophy of the image has peculiarly ominous overtones, however, removing a tangible sense of agency from the subject.  While Ruff’s images here focus on the furthest exteriors of the human awareness, past work imposes itself on the human form, subjects it to the cold gaze of technology.  This balance of control and chance as it plays out in Ruff’s current series, then, would be intriguing to see on the human form, watching how Ruff would balance depictions of a human subject between his own visual agenda and the simulated alterations caused by his new approaches. 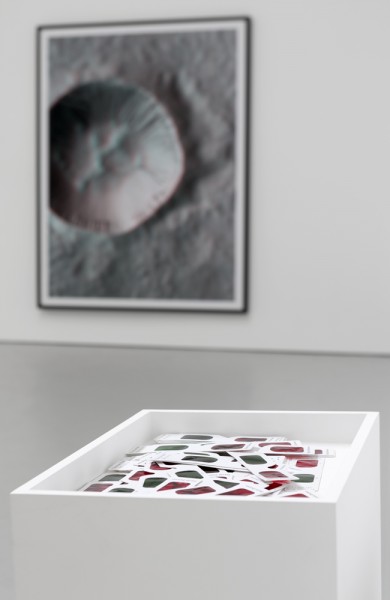 Creating interested juxtapositions of technology and nature, control and ambiguity, Thomas Ruff’s works at David Zwirner open new perspectives on the interplay between reality and image, context and space.  His work is on view until April 27th. 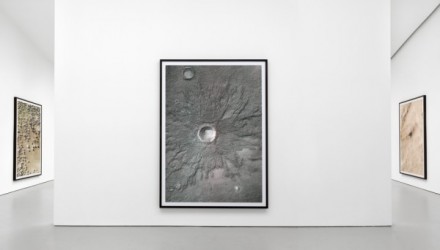 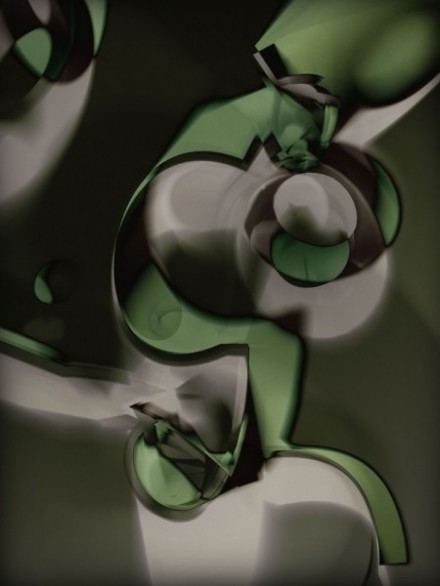 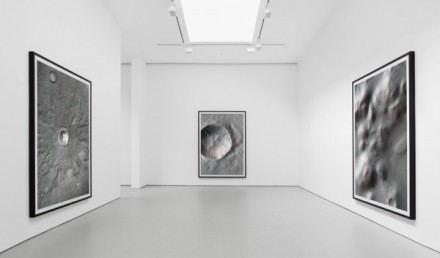 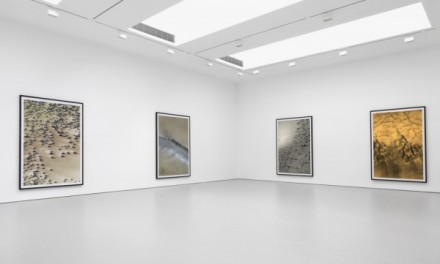 This entry was posted on Friday, April 26th, 2013 at 5:05 pm and is filed under Art News. You can follow any responses to this entry through the RSS 2.0 feed. You can leave a response, or trackback from your own site.