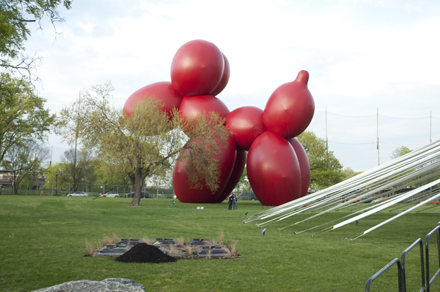 Art Observed was on-site yesterday to document the opening preview of Frieze New York’s second-annual art fair on Randall’s Island.  Despite noteworthy absences from several important blue-chip galleries at its sophomore showing, the fair still offered a healthy mix of art from across the contemporary spectrum, from larger-than-life to the predictably banal, and occasionally both at the same time. Perhaps the perfect example, visitors arriving by ferry are immediately confronted by Paul McCarthy’sBalloon Dog. It’s 80 feet tall and fire-engine red.  Continuing on inside, over 180 galleries compete for attendees’ attention. 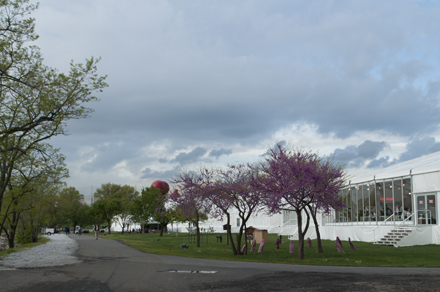 Perhaps the unequivocal highlight was Tino Sehgal’s thought-provoking performance piece at Marian Goodman. The piece features a single child (culled from a rotating cast) in a white room, channeling a quizzical Japanese Manga character Ann Lee (2011) (“Spell it however you want, it doesn’t matter,” Lee advises you early in her monologue, “I just want to be an individual…”). Lee, in exceedingly composed, even tones, poses questions to her audience in a convincing performance that toes the line between real and imaginary space and the ability of dolls, fantasies and avatars to transcend their appointed space.  Lending to the intrigue is that the child-actors were seemingly democratically pulled—one man from Queens, who we caught on a bench outside the Goodman space said his granddaughter had heard about an audition, went, and landed the part. “Here’s hoping,” he said, crossing his fingers. 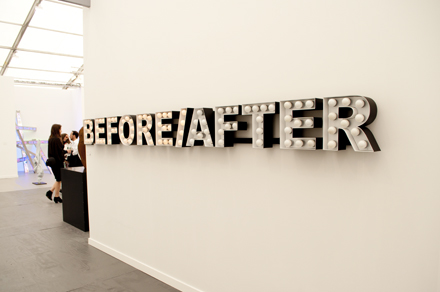 But on Thursday, Marian Goodman’s space was the only one alive with performance—the fair was definitely short on ephemera as most of the other heavyweight galleries (predictably) stuck to physical work: New York’s Sean Kelly Gallery showed new sculpture by Terence Koh and works by Marina Abramovic and Peter Liversidge, while Paul Kasmin’s vibrant photos by David LaChapelle drew throngs of admirers. 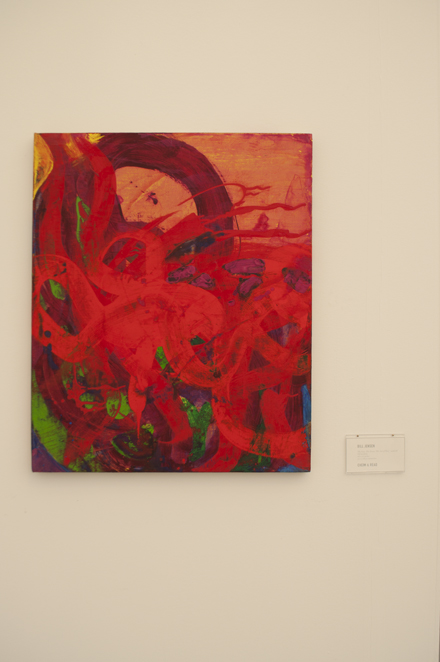 Cheim & Read’s selections displayed a quieter power: Bill Jensen’s The Five, the Seven (The Art of War) (2006-08) stood out without resorting to raw visual aggression, as did Daniel Fuss’s  The Space Between Garden and Eve, a dark and stormy 2011 Daguerreotype of a woman lying naked on an undressed twin mattress, challenging ideas of reality and body. 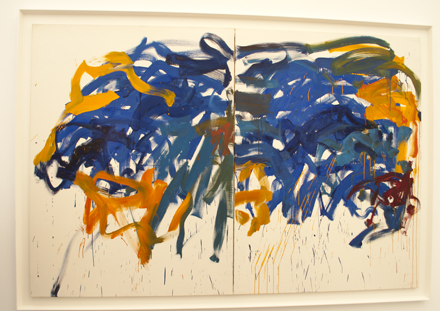 Joan Mitchell’s  Untitled (1992) also drew a fair number of visitors, depicting a powerful vision of slathered blue and gold on canvas.  Also popular were Tom Friedman’s food sculptures at Luhrig Augustine,  sculpted from Styrofoam and paint with impossible precision, as well as a hearty dose of unsavoriness. 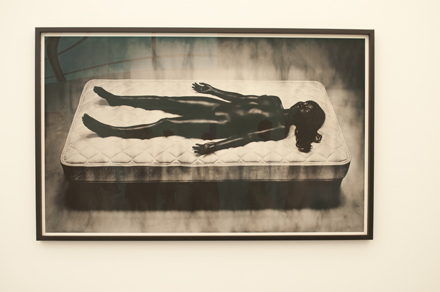 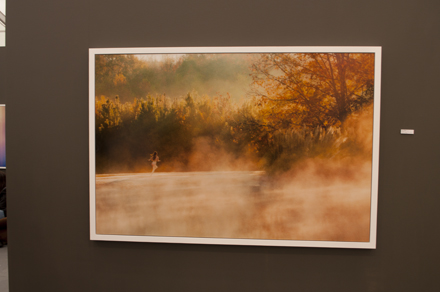 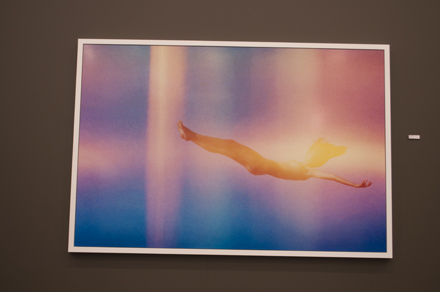 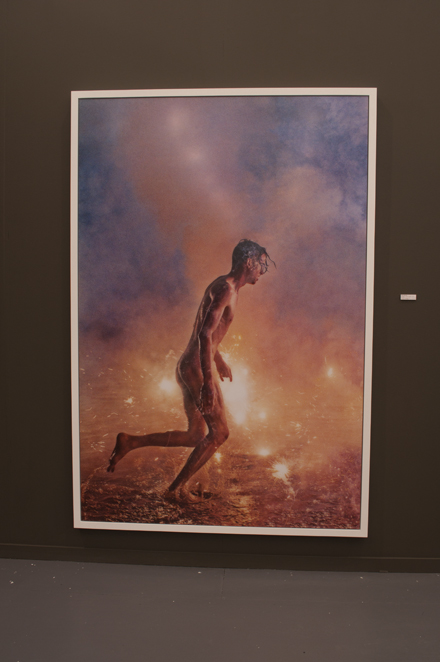 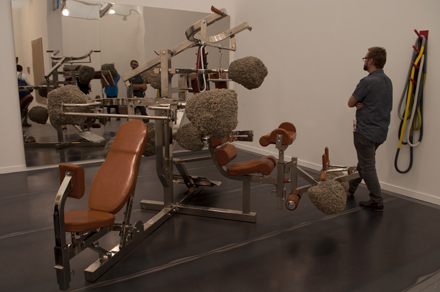 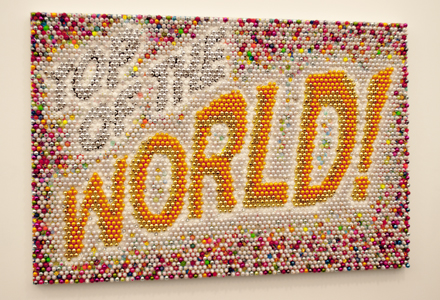 While the fair was typically overwhelming, the degree of strong work and captivating presentations are well worth the price of admission.  For further confirmation, one only has to return to Marian Goodman’s exhibition,  and Tino Seghall’s  Ann Lee (2011) will pose the question for them: “I wonder what’s worse: to be too busy, or not busy enough? What do you think?” 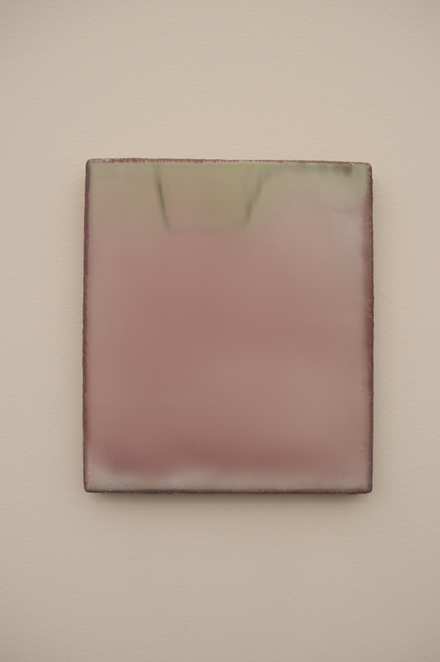 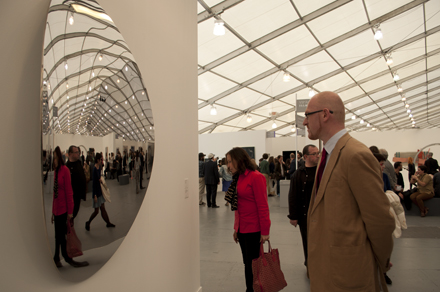 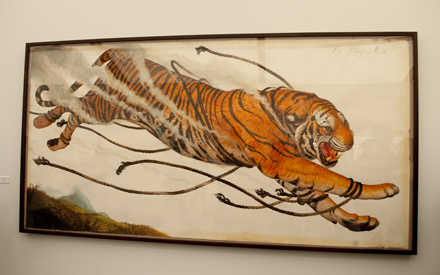 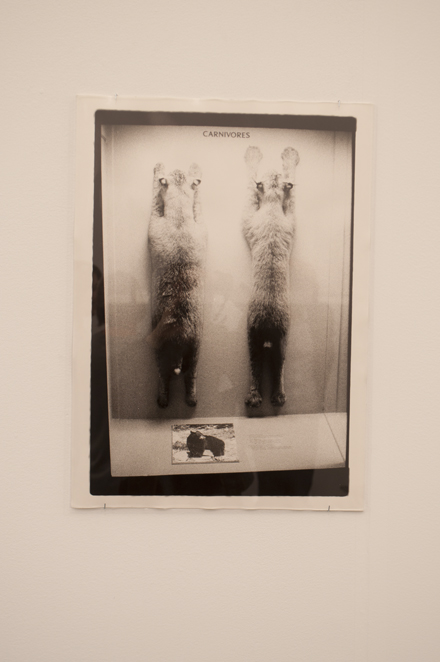 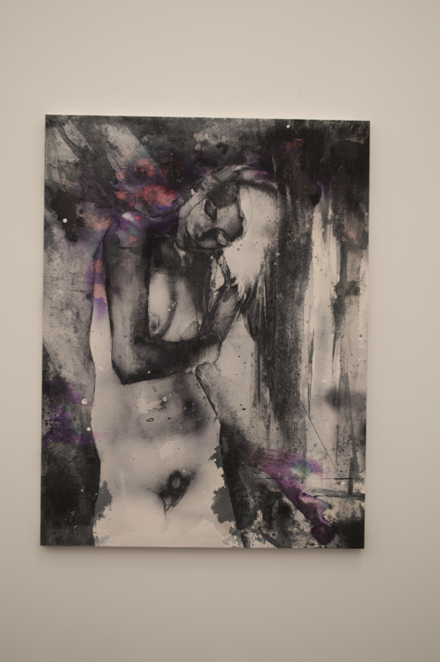 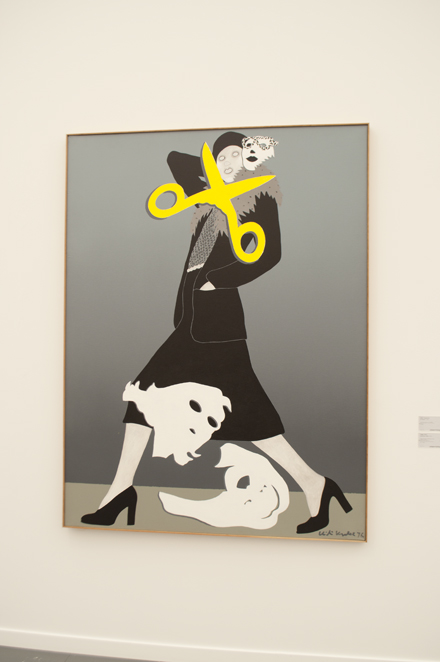 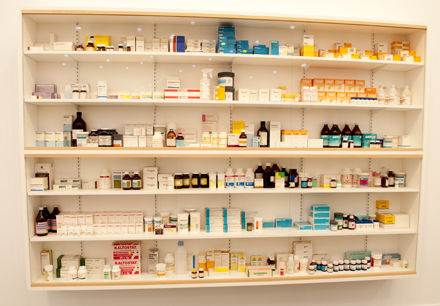 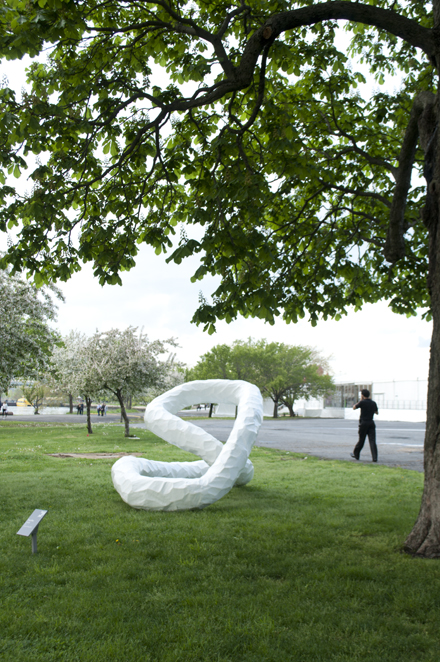 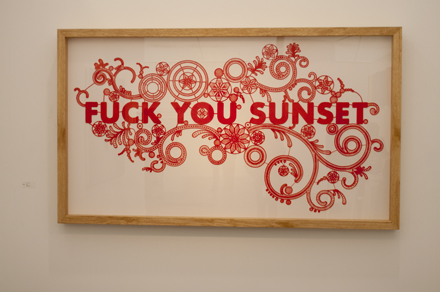 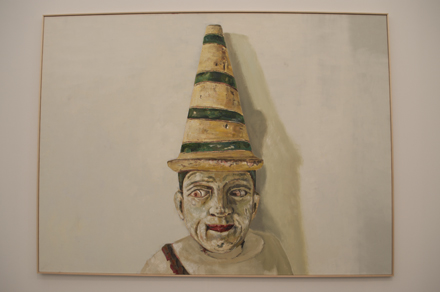 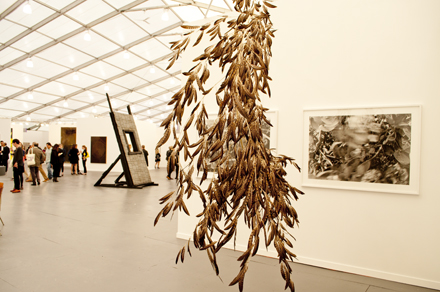 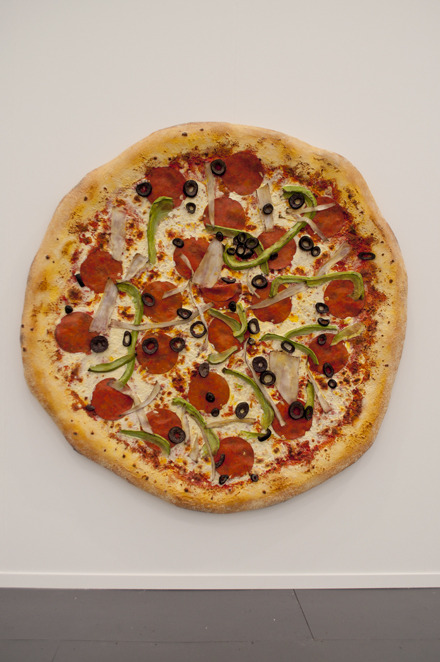 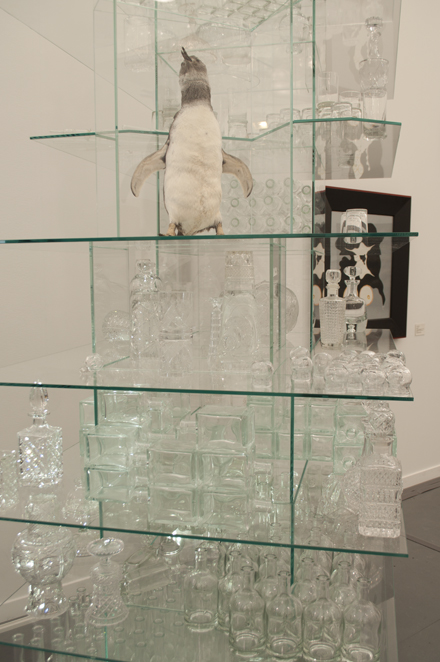 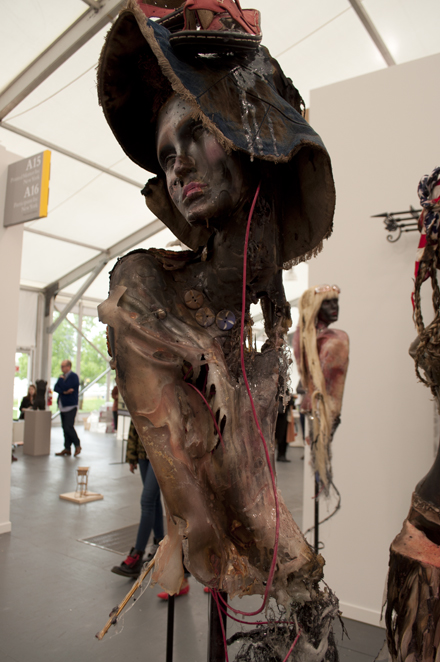 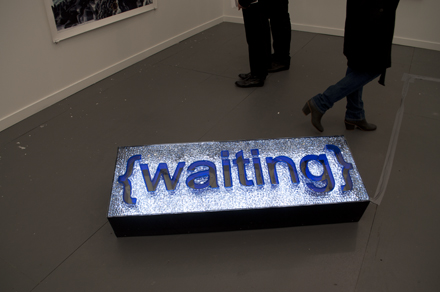 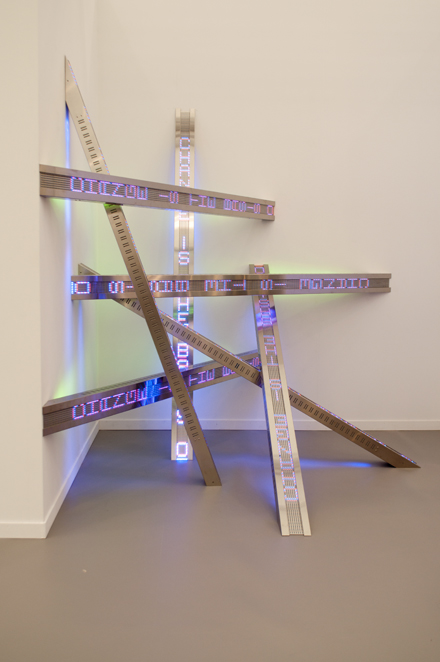 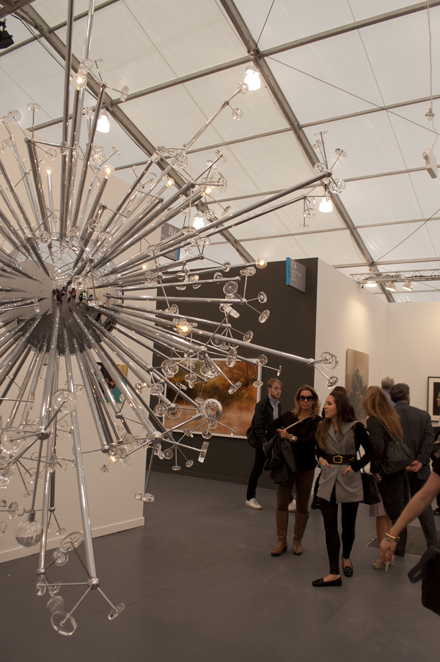 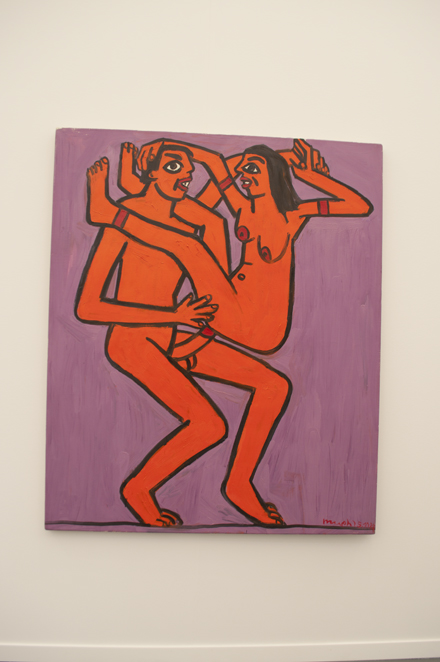 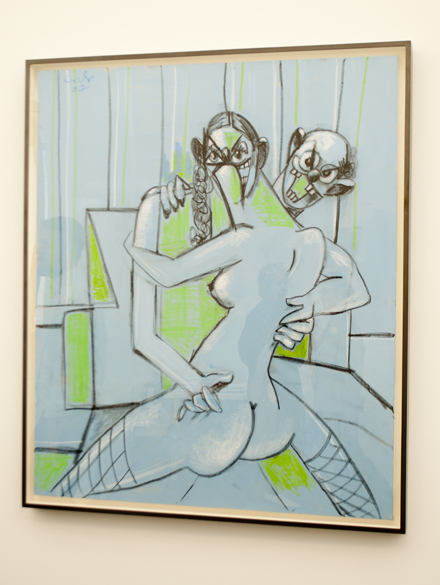 This entry was posted on Friday, May 10th, 2013 at 3:27 pm and is filed under Art News. You can follow any responses to this entry through the RSS 2.0 feed. You can leave a response, or trackback from your own site.